No matter what kind of birth you had, most moms I talk to have one thing in common. They always remember that first meal they had right after giving birth. After your body has done the seemingly impossible, most of us have one thing on our minds (after baby, of course).

For many moms who had a hospital birth, they have gone hours without food so that first meal is EVERYTHING.

Recently, one of my nearest and dearest had her second baby. After the rush of adrenaline ebbed, she looked at me in all seriousness and said:

Not “I want.” Nope – she NEEDED pasta. And I totally understood what she meant.

Lucky for her, she had her daughter at 11:23 AM so she had plenty of options. We wound up getting Italian food delivered to the hospital via Uber Eats in New Orleans. This is a vast departure from the birth of my second child. Milo made his appearance at 9:44 PM. So by the time I was checked, he was checked and the mayhem subsided, I wound up with a granola bar that I thankfully had the foresight to pack with me.

It was still one of the best things I had ever eaten in my life though.

Similarly, I had another bestie who needed a burrito after her birth. Unfortunately, it was past 10pm so she settled for a McDonald’s cheeseburger. 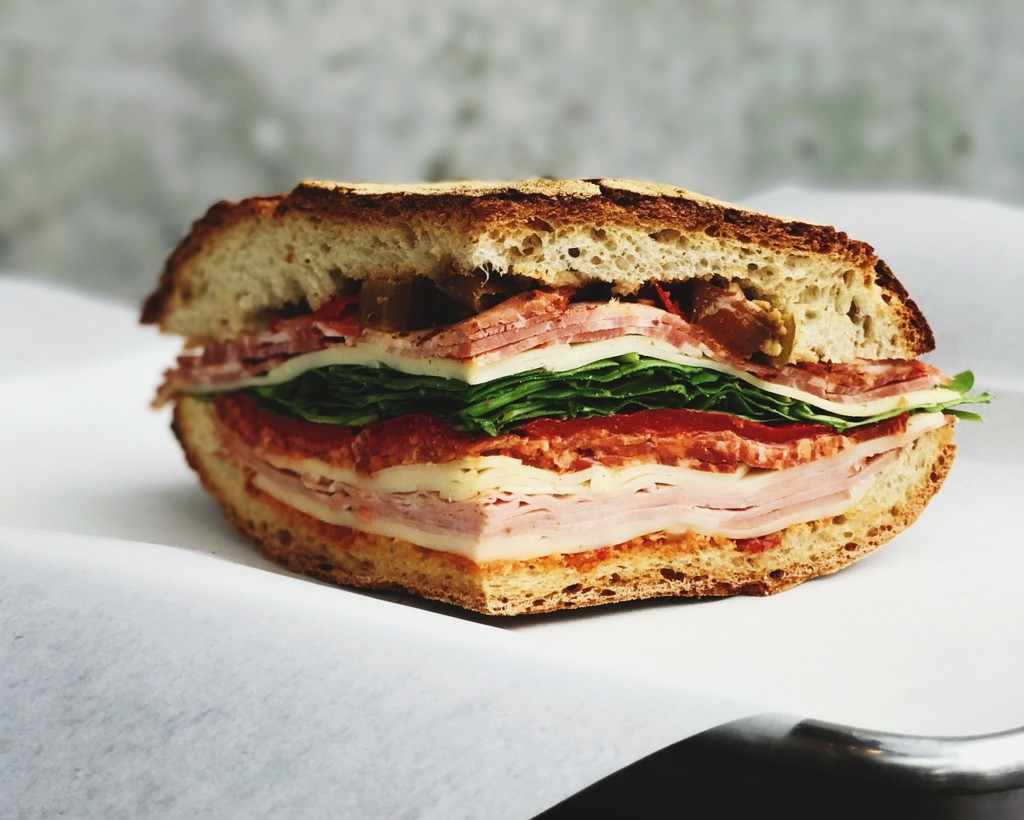 I’m not sure why hospitals are working under the assumption that new mothers all want steak dinners for a “celebration feast.” In fact, of all the moms I asked about their “first meal,” not one said steak.

Most said sushi or a deli meat sandwich – and this I totally understand. If you were limiting or restricting something during your pregnancy, it makes sense that it would be one of the first things that you needed.

For my friend who just gave birth, she got a phone call the next day from the cafeteria asking if she wanted steak or red fish for her celebration meal. But they called too late. The celebration meal is that FIRST meal right after bringing a baby earthside. And by that time, we had already feasted on pasta and cheese and egg biscuits the following morning.

We looked at each other, baffled. Not one person I ever talked to wanted steak, and they most certainly never wanted fish (with the exception of sushi). Of course, this is not a scientific study and it’s possible that this works for some moms. But I think if hospitals brought up a deli tray of finger sandwiches right after the birth, it would not only be cheaper than their standard steak or fish, but it would also probably be better received by the new mom.

I asked the LAFMB writers what they craved right after baby. I assumed the answers would be across the board, but they were surprisingly consistent with a few randos in there:

1 had a Chick-Fil-A Lemonade right after.

So mamas, we’re curious – what did you crave/eat right after baby?