As we speak, I am feeding my little nugget the very last of the formula. He turned one two weeks-ish ago and we are finishing off what we had. He is now mostly on human food and cow’s milk.

As he drifts off to sleep sipping on the last of the formula, I cannot help but be just so grateful.

Before you pitchfork me about the whole “breast is best!!!” thing, know that I tried. Good gracious God, did I try. He is my third baby — my second living baby. I pumped every 3 hours around the clock until he was 4.5 months old. I wrote a whole post about this, so I will not rehash and cry through the gory details here. But I did the dang thing, y’all. I tried.

What a blessing it is to live in a world and in a country with access to such liquid gold. Eeekk. Yeah, I called formula liquid gold. But when you have an inability to provide the real stuff, this stuff — the stuff that can be found on a Target shelf  — becomes your liquid gold.

I did not give him formula because I wanted to.

I did not give him formula because I was lazy.

I did not give him formula because it was convenient.

At some point in the journey, someone told me to breathe through each formula bottle and just to be glad that formula was even an option. Can you imagine if it were not an option?

All that to say, I am so grateful. To the beautiful people at Enfamil, thank you. I thank you for giving me an out when I had no other option. But more than that, I thank you for sustaining my precious, thriving, and perfectly loved baby boy for his first year.

We could not have done this without you. 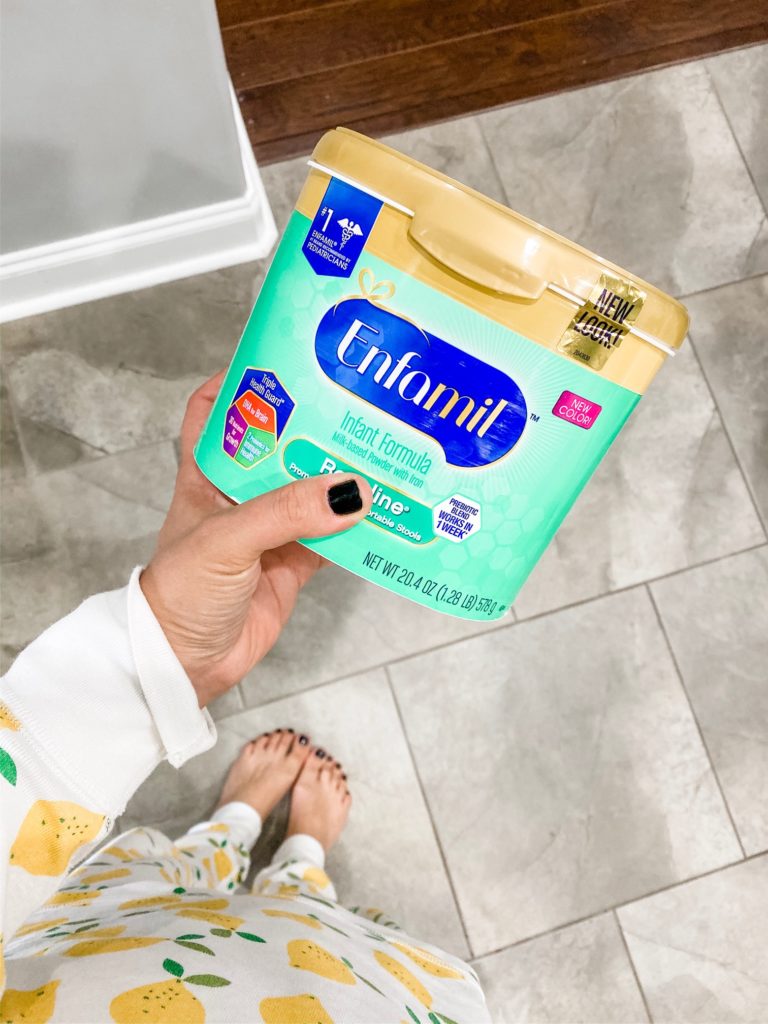