My parents never saw me coming. My sister, sure – they planned for that. What they didn’t plan for was a second child making her appearance a mere 20 months after my sister.

My sister was … let’s say not the easiest baby. If I were being blunt, I would say to her face that she was the worst baby. Since she is my sister, I can say that. She once cut my bangs in the basement when I was 3 – I’m allowed.

My mom has always been pretty open with us – to the point where sometimes I wondered, “why are you telling me this?” And therefore it has never been a secret in my family that I was an accident.

Sometimes to soften that, I am called a “surprise.” It doesn’t bother me – I wasn’t planned. In fact, when my mom saw the results from her pregnancy test, her immediate reaction was dread and fear. All she knew was my sister – the ball of terror. My sister didn’t sleep. She had BIG feelings. She was a handful. The thought of adding another to the mix when my mom hadn’t even figured out the first one was just too much.

I think this is important to talk about because this is the dark secret part of parenting that no one likes to talk about. Unplanned is sometimes downright scary – no matter how together you may seem.

But here’s the thing. No one saw me coming.

And if you have multiple kids, you know that every single one of them is different. Just because you have one baby with BIG feelings doesn’t mean the next one will be the same. And me? I was the BEST baby. My mom often says I was her reward for dealing with my sister. I hardly cried and all I wanted to do was eat. When I woke up, I wouldn’t even fuss – I would just start talking to the toys in my crib. In retrospect, I was probably a run-of-the-mill baby – but since I followed Lindsay the Terrible, I became Laurel the Great.

But my amazing baby-ness aside, sometimes the kids you never saw coming are exactly the ones you need.

How would I know this? I have one.

We had just moved into the first house we bought when I discovered I was pregnant with our second son. In fact, my husband was out of town at a bachelor party and I was drinking wine while watching TV. I was about 5 days late but I knew I wasn’t pregnant. It didn’t seem possible. I was pretty irregular so this wasn’t an irrational thought.

But after a glass of wine, I got to thinking. “I should probably test just so I know.”

Well. Apparently I don’t know anything.

I went back into the bathroom and was in the process of throwing the test out when I peeked at the digital screen.

My first reaction was …”WHERE IS THE NOT?!”

I stared at it in disbelief. With our first, I KNEW. I knew the day it happened. But this? I was caught totally off guard. 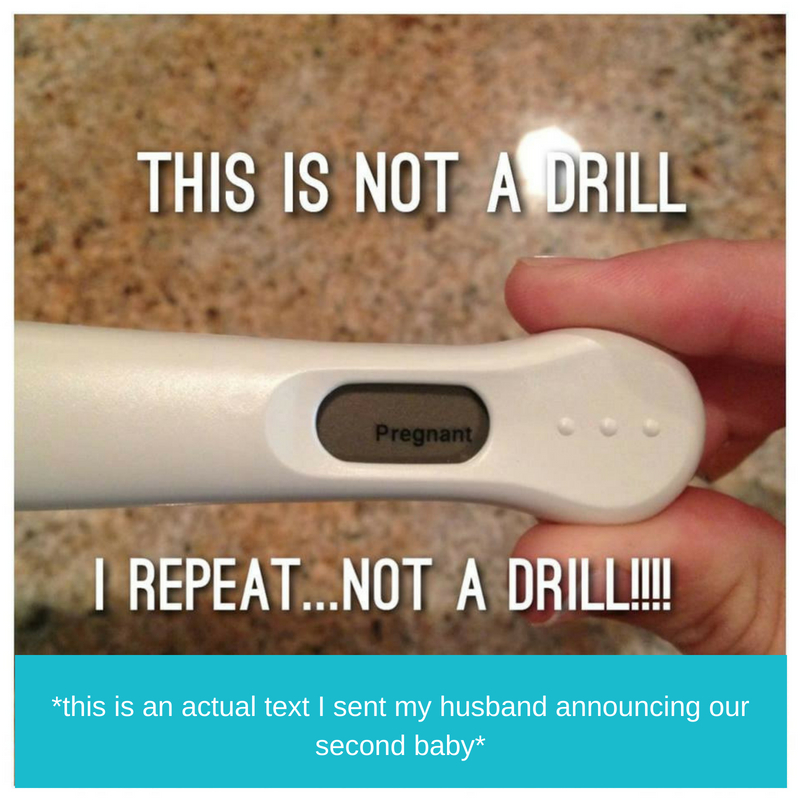 Sparing you the nitty gritty, let’s just say there was wine involved which contributed to me being hazy on the details and hence being caught off guard.

It did take me a bit longer to adjust and accept that this was actually happening. And I didn’t have a Lindsay the Terrible. My first son was the poster-baby of babies. Super laid back and chill – my husband and I often said, “why do people think babies are so hard? It’s so easy!”

And then we had Milo.

Milo feels things to the extreme. He never wanted to be a baby and is MUCH happier as a communicative 4 year old that can eat the same food as us. He is either mad as can be or deliriously happy. While our first child is calm and even keeled at all times, Milo vacillates between extra loving or super pissed.

He is super mischievous and we often refer to him as our Sour Patch Kid. He is always trying to get one over on us and when we catch him, he flashes us a TV-worthy grin with a thumbs-up. He literally lives his life like a he is in a sitcom. I’m pretty sure he is going to do something insanely amazing with his life. So amazing that the thing he will do probably doesn’t even exist yet.

We definitely meant to have a second child but just not 26 months after our first. And while I know there are many people who have had kids closer in age (one of my besties, in fact!) it can still be rather jarring.

But oh, those surprises – we never saw them coming. They defy and exceed our expectations and offer us marvel and wonder at every turn. It doesn’t just stop during babyhood – but extends beyond into adulthood. You never know what they’ll do next and they always seem have a trick up their sleeve.

And, as a surprise, we like it that way.