Last weekend, I lost my one-year-old. I looked up and she was gone. And in an instant I was bellowing. I was a frantic mama cow bellowing for her baby. My fear turned to confusion when everyone started laughing; there in my lap was baby girl attached to my boob. Nursing. I was nursing my missing baby. Somebody call McDreamy because I need a brain transplant. You hear about mom brain. Sometimes it’s called baby brain. It’s the not-so-long-lost cousin of pregnancy brain. And it is so real. I found the ranch dressing lid inside the tea kettle and I can’t tell you how many times I’ve left the house barefoot. Or came home in shoes that weren’t mine. It’s embarrassing and it’s weird but it is very real. Do I accept that this is who I am now? Will this be me forever? 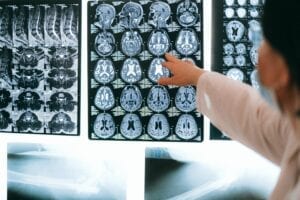 An article in Scientific American reported on a study from 2016 that was done on 25 first-time moms. The study followed them from pregnancy through 2 years postpartum. According to the article, “A research team at Autonomous University of Barcelona, led by neuroscientist Elseline Hoekzema of Leiden University, performed brain scans on first-time mothers before and after pregnancy and found significant gray matter changes in brain regions associated with social cognition and theory of mind—the same regions that were activated when women looked at photos of their infants.” The study’s scans showed significant changes in grey matter loss and Hoekzema considers the “localization remarkable.” Research also shows no grey matter loss in new fathers or non-parents.

Grey matter changes in the brain. It’s just for us lucky mamas. Our brains literally reformat for our role as mothers and to prepare us to spend our lives adapting to the needs of our babies. Nursing, gravity, stretch marks because I had a watermelon in me, stitches because I pushed it out… I knew this was coming. It was dreaded, but inevitable. I had heard rumors about mom brain, but sincerely thought it was an excuse for being absent minded or unorganized or, you know, what we would have called “having a blonde moment” a decade ago. They always told me that it was real and I would 1000% experience it. This Buzzfeed article (and Hoekzema’s study) saves the day. Turns out it’s science, not myth.

The worst part? Scientific American also tells us this: “One of the hallmarks of pregnancy is an enormous increase in sex steroid hormones such as progesterone and estrogen, which help a woman’s body prepare for carrying a child. There is only one other time when our bodies produce similarly large quantities of these hormones: puberty. Previous research has shown that during puberty these hormones cause dramatic structural and organizational changes in the brain. Throughout adolescence both boys and girls lose gray matter as the brain connections they don’t need are pruned, and their brains are sculpted into their adult form.” 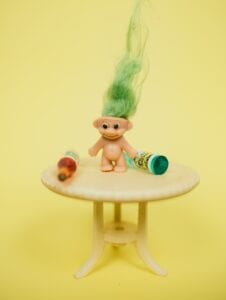 So next time you lose your phone while you’re holding it, or leave your food at the drive-through window, remember it’s just your brain’s reduction of grey matter. You are once again being pruned for the next chapter and your 7th grade mom-brain is here for it. It’s fine. I am fine. We are all fine.