Ear infections are the silent *mood* killer in our household. My oldest has had them few and far between, but the tried and true sign is a severe and sudden change in attitude (for the worse) when his ears are infected. I don’t blame him for the angry tantrums as I have had my fair share of adult ear infections and can truly sympathize with the head pain. My youngest son, Graham, now 11 months old started getting chronic ear infections in May at 7 months old.

It was a wild ride this summer as we battled the first round of ear infections (two back to back), then RSV, another ear infection as residual side effects from RSV, onto E. Coli, and then another ear infection. Bless him. He is such a trooper but this momma had endured each sickness with little to no sleep and many days home with him because he was simply to sick to go to daycare. The lack of sleep started making us all crack.

Graham was irritable, which even being sick, was unusual for him, my oldest got the worst version of my husband and me because we were trading off multiple night wakings to care for Graham, and after weeks of this, we consulted an ENT. She took one look in his ears and confirmed my fears, tubes were needed. Tubes themselves didn’t scare me, but the surgery and the thought of my son under anesthesia at 9 months old brought me to tears.

Our ENT did give us an alternative option to try that could help clear it up, but it was a firm maybe as an OTC fix. I got home from the consult and before I could even explain the OTC option my husband was ready to book the surgery. My fears about it brought me anxiety, mom worry, and all the major emotions with making a decision like this for your baby. I relented when he slept so poorly that night and woke up again with groggy eyes, wax spilling out from his ears, and wobbly to crawl and stand. Fluid in the ears not only impacts speech and eating but also balance.

The consultation with our ENT was Monday, I called to request the surgery on Wednesday, and by Friday at 10 am, we were leaving the hospital with our baby, and his new and improved ear canals now properly draining thanks to his tubes. The surgery itself went even quicker than expected. I handed him over to the nurse for the surgery and let the tears flow as my husband walked me to the waiting room. We sat down only to be called immediately back as the surgery was over and our doctor was ready to consult with us. Not even a minute to dry my eyes.

Honestly, when the nurse told me that the surgery would be 6 minutes total, I thought that was like when the hostess tells you a table will be available in 15 minutes but you end up waiting 45 minutes. Not here, like a well-oiled machine, each ear takes 3 minutes or less. I could hear Graham screaming off the anesthesia as I raced back to hold him. By his post-lunch nap, he wasn’t wobbling, his eye swelling had subdued, and the ear scratching had stopped. Hands down the best decision we’ve made for his health thus far. 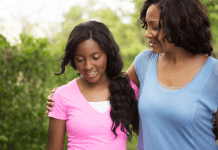 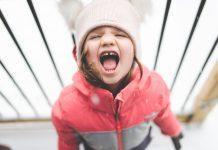