Change happens. If it is unwelcome, you may be lucky in that it happens slowly over a lengthy period of time. And sometimes, it slams into you like a sugared-up toddler “practicing” his football tackle. When change is big and affects your family, someone has to take the role of the supporter. Wives and moms often provide the majority of moral support in most families. It can be difficult to just play a supportive role and not take control of the situation that is causing the change. Sometimes, we must let our loved ones go through their own decision-making process and quietly stand by their side. 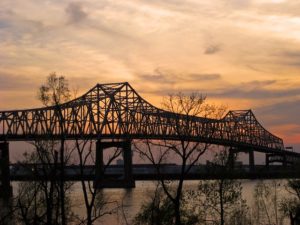 Our first instinct is to resist, to say no.

Recently, my husband was presented with an opportunity to get out of the oil and gas business and into a more stable industry. The issue for me was that this new opportunity requires us to move almost two hours away. After “discussing” for less than a day, he accepted the position he was offered. As much as I wanted to say NO! ABSOLUTELY NOT!, I couldn’t. While this offer came at a difficult time for our family, we couldn’t ignore it. I knew my husband saw this as an opportunity to better himself. This was his chance to work for a company that would appreciate his experience, talents, and drive. When asked for my opinion, I told him I didn’t want to move but understood why he wanted to accept this job. He had to do what felt right for him. Trust me when I say the last thing I want to do right now is move. When he accepted the position, I sobbed uncontrollably – I do not want to leave my house, my neighborhood, my neighbors, my family or my son’s daycare – especially the daycare!

You will be in complete disbelief at how rapidly your lives are changing.

When he accepted the position, I knew I would have to handle a lot on my own, so I started planning. I made lists – and lots of them. Our realtor was informed we would need to put the house on the market in a relatively short time frame. Our home was cleaned and closets, drawers, and cabinets were purged. My family helped with finishing touches so our home would be market ready quickly. I did research on the area we would be moving to and asked for recommendations on social media for neighborhoods to look at, daycares to look at and avoid, local parks and fun, toddler friendly places to visit.

There was also the inconvenient issue of where my husband would live when he was working. Commuting 4-5 hours a day after working 10-12 hours each day was not an option. He would have to rent an apartment close to his new job. We discussed what he would need for his apartment and made yet another list. Three weeks after he accepted the position, we made the trek to move him into his apartment. I spent hours unpacking, washing, drying, and organizing. It was not exactly what I wanted to do on my day off, but my husband needed me to be okay with his decision. In short, sometimes you just have to fake it until you make it.

Feelings will explode. And it is actually a good thing.

After a particularly difficult weekend with our son and lots of frustration all around, I had to explain to my husband that things would be different now. We all had different emotions about this change – I was feeling resentful; our toddler would need time to adjust and the excitement my husband was feeling about this new journey would fade quickly in the face of being away from his family five to six days a week. I explained our toddler may pull away or have some behavioral issues until he could get used to the idea of Daddy just being around on the weekends. And then I explained that I had conflicting feelings about all of this, and he was going to have to be patient while we all dealt with our individual emotions attached to this change.

New beginnings can be good.

Since his move at the beginning of May, we have all settled into a new routine. Surprisingly, our son has adapted well to our new living situations, and I am freaking out a little less about our move. While my first reaction was to take over and control every decision, every move, every piece of this, I didn’t. I supported my husband through the difficult decision to move to a new area in hopes of a more stable career path. I let my son express himself when he is frustrated and confused. And I quietly, in the background, plan so that when we do move, there will be as little stress as possible for all of us.

If I had made the decision for him, we wouldn’t be moving. But I knew I couldn’t do that. I had to override my need to take over and take control of the decision making in this situation. I had to let my husband make the decision. This was his professional future.

No matter the change, whether it is moving, divorce or death, sometimes, we just have to take a step back and relinquish the decision-making process to someone else. We need to stand by their side to support their decisions and help them bring their plans to fruition. And remember, you are a family unit. Don’t let anything change that.