I know a lot of Catholics in the Acadiana area give up meat on Fridays. Historically, I have also been one of those people, too. Often I am still one of those people – not this year and not always. I understand why the desire to give up meat on Fridays is there and some of it is peer pressure – which is not always a bad thing. Somewhere along the way during adulthood, I started giving up other things or participated in Lent in other ways.

This year my church has sent a daily text message (during Lent) for the parishioners to focus on during Lent. I love it.

My parents generally give up meat on Fridays – sometimes they give up other things too. Whatever they give up for Lent, meatless Fridays are also a part of their Lenten season. My husband gives up meat on both Wednesdays and Fridays (also not uncommon for folks in our area) – to each their own. My dad actually gives up (I think he still does this) red meat the entire 6 weeks of Lent. One of the most inspiring Lenten penance that my family members have given up was my mother stopped smoking cigarettes one Lent and never picked another one up. Ever. She quit smoking cold turkey. She was done smoking cigarettes forever. That was and still is such an amazing example of both discipline and obedience for me. Both her faith and personality mimic this in many ways – resilient, strong, faithful, and a heart for God.

One Lent a few years ago, I stopped spending extra money and after Easter, I paid off a decent amount of debt. I realized that I was spending a ton of extra money, and I had nothing to show for it. Paying off debt was such a great feeling that since that one Lent, I have tried a number of different things to either give or give up for Lent. I try every year to be thoughtful of my NY resolution and what my Lenten experience will look like that year. I look back at the past year, I reflect on His Word, and I make an honest attempt to grow and lean more on Christ. While I still occasionally abstain from meat on Fridays, I have other Lenten goals to also accomplish. While my goal looks different each year, what remains the same is my desire and focus on strengthening my relationship with God and my family.

My thoughts on Lent

Jesus’s time leading up to his crucifixion is so profound. The entire time may be somber for some. It may be rejoicing in God’s love for you. It may be a time of reverence or a time of learning more about Him for some people. Some people fast all day to grow closer to His word, his teachings, and Him. Others focus on His death and resurrection as they enter in and work through each Lenten season. I personally do a bit of soul searching before and during Lent. My focus is on what my weaknesses are and how to identify the most important ones for me at that time. I don’t think we all have to give up meat on Fridays as our Lenten promise to Him.

Sometimes giving up meat on Fridays doesn’t feel adequate enough for me. When this happens, I don’t do it, but instead, I do something that feels adequate. Something I think Jesus would be proud of. In my opinion, deciding what to do during each Lenten season is my decision, not the world’s. My journey during Lent is mine and doesn’t impose on yours. Don’t side-eye me if you see me eating meat on Fridays. Maybe I am paying off debt or working on conquering a fear. Maybe I am working on ways to help more in the community. Whatever I am doing, I am sure my focus will be on how grateful I am for Jesus’s ultimate sacrifice of his life for me.

A couple of my favorite text messages from my church this year have been:

What are you giving up for Lent? What does Lent look like for you and/or your family? If you aren’t giving anything up, what are you doing – if anything? 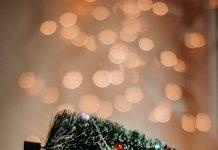 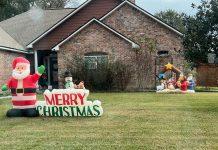