Fast forward 5 years, and we had very little to no savings, living paycheck to paycheck, and hit with not one, but two pay cuts. My darling husband and I didn’t fight about money, like some couples. We simply gave in any time the other wanted something, therefore creating a debt situation. My thought process was “I love Justin and want Justin to be happy; one of those measures of happiness is allowing him to spend freely and having what he wants.” He felt the same towards me. This increased after the birth of our second daughter. Hello, matching smocked dresses. Our money situation was out of control. Justin and I are both spenders, meaning we like to spend money. We fixed our financial situation when we felt hopeless, but I wish we had fixed it before we got to the hopeless point. I also think we are similar to a lot of people in terms of “it’s just a car payment, no big deal. It’s just a little debt, but we’re able to pay all our bills.” Just paying your bills isn’t being financially healthy. The status quo is to accrue debt, make minimum payments, and live the American dream. But really it’s a nightmare, and so very stressful.

While I was on maternity leave, Justin came home one day, with bad news. He was asked to take a 10 percent pay cut 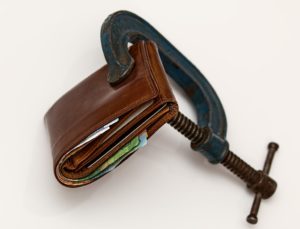 so that his employer would not have to lay anyone off. Obviously, everyone in the company agreed, and hoped to hang on through the oil business bust. With this news came the knowledge that something had to change. We could no longer indulge every whim, eat out whenever we felt like it, and just buy a new car because it was shiny and pretty. We knew we had to make some serious changes if we ever wanted to retire, pay for college, etc.

Through our church, we found out about a program called Financial Peace University. Well that sounded like something we needed! We eagerly signed up, knowing that signing up would be the easy part, but actually putting the measures into practice would be the difficult part.

It’s a marathon, not a sprint.

One of the first things you learn in Financial Peace is that moving towards healthy finances is a marathon, not a sprint. It’s literally going to take years to get to where you want to be, decades even. We’ve been following the Financial Peace steps for 4 years now, and we’re only on baby step 4 out of 7 steps. I do think the beginning baby steps are harder than the end ones. Pulling yourselves out of debt, and moving towards investments and savings are the basic principles of the baby steps. This totally sold us, breaking a huge idea of “retirement and building wealth” and breaking it down to 7 steps for us to follow.

After the first class, we came home on fire to tackle our finances. We created a budget, and got cash out to put in our envelops. I’ll be honest, the cash only, envelope system is HARD! It did not work for us. Our checks were being direct deposited at different times during the month, which meant we were going to the bank far to often to take out small chunks of cash instead of taking out one lump at the beginning of the month. We were not liquid enough in the beginning to do this. 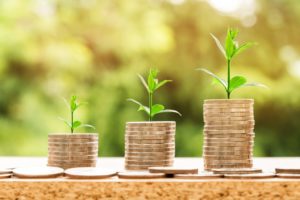 Determined to succeed, we downloaded the EveryDollar App. This is Dave Ramsey’s app, and it puts everything in a digital envelope. The same concepts apply, everything has an envelope, and when the envelope is empty, you stop spending. We log every single purchase in the app, putting it in the correct envelope, and stop when the envelope is spent. I was astonished at how much money we were blowing on cheap meals, $30 runs to the grocery store, $10 t shirts, etc. We were nickel and dime-ing ourselves.

After creating a budget, you stick to it, pay off minimum debt, and save $1,000 as fast as you can. The reason for this, is that $1,000 will cover most emergencies that come up. A flat tire, a trip to the doctor, or a new cell phone doesn’t have to ruin your budget. Your $1,000 emergency fund will cover it, then you save it back.

Next we looked at our debt. Dave says to conquer debt, you use the “debt snowball.” The principle is pretty simple. You lay out all your non mortgage debt, meaning anything you owe anyone (credit cards, medical bills, car payments, etc). Start with the one that has the highest interest, and put every penny you can into paying that off. Pay the minimum on everything else. We started with our small amount of credit card debt. When that was paid off, we took the surplus from not having a credit card payment, and made double or triple car payments. Then medical bills from the deliver and NICU stay for our daughter. At this point, we were making less money than we ever had because Justin started a business with some fellow engineers. For a few months, we’re now talking a 50% pay cut. However, we were bound and determined to keep following the baby steps. We were not only able to make do, but were able to rest our heads at night, because we were no longer wondering how we were going to get by. We knew if we kept following the plan, we would make it. 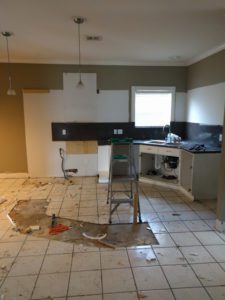 We only got 2-3 inches of water in our house, but little did we know, that meant a total gut job. Thankfully, we did have flood insurance, but if you’ve ever remodeled you know there are always surprises. We knew going into debt because of the flood wasn’t an option for us. We qualified for SBA loans, and after reading the fine print and praying about it, we just knew we couldn’t do it. We moved in with my parents, buckled down, and fixed our house, with insurance, and cash. We definitely got by “with a little help from our friends” and family on this one. We are forever thankful to the generous donations, manual labor, and free food our village provided us. Going through the flood was a defining moment for us and our finances. We learned that if we’re being obedient and honoring God through our finances, he blesses us immensely.

This year at Christmas, almost four years to the day after starting financial peace, we saved our three to six months of living expenses. The peace of knowing that we could survive job loss for a few months is better than any shirt hanging in my closet, any fancy car sitting in my driveway, or any fancy house. Next up, baby step 4, invest 15% of household income into Roth IRAS, and pre-tax retirement.

Here’s all the baby steps we’ve followed and continue to follow:

Finally, if you aren’t into the group setting thing, The Total Money Makeover and Complete Guide to Money are both great resources. 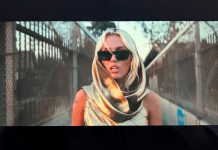 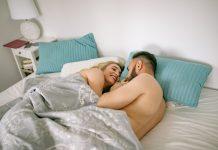