In the thick of it, you could have told me “this is just a phase” and “it’ll get better,” but I wasn’t ever going to believe you and to be honest, I didn’t want to hear it. The whole thing was embarrassing. How could I have let my life get so out of control that an attorney was hired because we were fighting over a bed? A BED {physical things that had no meaning, not just a bed}. This was madness. 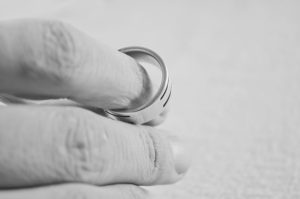 l in love,” got engaged, found out we were pregnant and decided to get hitched all within 16 months. Hello!!! Probably not a good idea. But hey, why not, right? **sigh** Oh, and we bought a house just before our sweet babe was born. Why oh why did the hole just keep getting deeper? If you would have asked 23-year-old me, I had all my stuff together. Little help from the parents and we were set. WRONG. We struggled. We struggled with finances, with parenting styles, with the love we were supposed to have for each other. We were in deep and we both wanted out, but we were both too scared to make the first move. Who would get the house? Who would get custody of the baby? So many things had to be decided but we couldn’t even agree on if the sky was blue or light blue most days. He wasn’t budging, and neither was I.

The split took about 3 years. 31 months to be exact. It was long. It was hard. We ended up losing the house. We both ended up filing for bankruptcy. It was ugly. So, so ugly. At this point we had nothing to call our own. I lived in the house until another arrangement came up. It was hard to leave, but I didn’t have a choice. At this point, I just needed it to be over. I’ll never forget the day the divorce was final. While it felt like a huge weight had been lifted off my shoulders, it was a sad day. He didn’t even show up to the hearing. Not that I wanted to see him, but he wasn’t there for the end. My father accompanied me into the courthouse, much like he had walked me down the aisle. Thank the Lord he was there with me. It was a strange feeling of emptiness, but it was done. All over.

As for our child … some stranger, a judge in the court system, got to decide what was best for her. We would split custody 50/50. Monday to Monday. Right down the middle. It worked for a while and then her dad left the state. For 8 years, he would drive to Lafayette on his weekends to pick her up for 2 days. So exhausting. While I welcomed the time alone, I was lost. She had become my world. My only companion at times. The time she spent with her dad was agonizing for me. Where was she? What was she doing? Who is she with?

From November 2007 until May 2010, my life was on edge. For a lot of those months, I was in a dark place. My parents lived in a different state; I didn’t have any friends. It was rough. In 2010, my parents moved to Lafayette. PRAISE THE LORD. The light at the end of the tunnel was starting to show through the darkness. I started to make new friends. I branched out and took leaps of faith. I met my future husband. The true love of my life. Things were starting to turn around. Still, there are times when I look back and think “Oh my word, what did I do?” 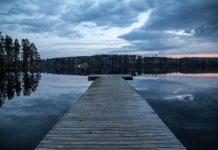 Put Your Spouse in Time Out 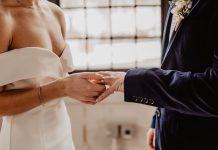 My Most Cringe Binge Watching Show: Married At First Sight 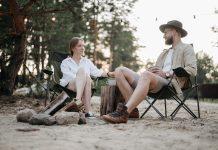 Your Spouse is Not a Mind Reader