It is finally sweet summer time; the time for road trips and adventures and incredibly long car rides in a mini van full of kids. YAY!

My husband is a pipeline inspector so, every summer, my kids and I make several trips to visit him. One way, the trip is fifteen hours and we’ll be making three round trips this summer alone. Yep, you read that right:

I have to give my kiddos props because after road trippin’ like this for about three years now, they’ve gotten to be little pros at occupying themselves without irritating the crap out of each other, thank the good Lord. I know I’ve definitely learned some things along the way that have made car rides and traveling, in general, so much easier.

If you pack it, they will eat it.

When I first started this routine of never ending car rides, my kids were ages 2, 4, and 9. I thought that there was no way in hell they would behave for that long without needing a snickers at some point. Let’s face it, sometimes, calmness only happens when they’re stuffing their faces. So I packed an ice chest with fresh fruit and sandwich stuff as well as a basket full of chips, peanut butter crackers, beef jerky, cheezits, and on and on and on. They asked for one snack after another simply because they knew snacks were available and waiting to be eaten. But I was constantly leaning over, digging in a basket, and passing things to each child as needed which is clearly unsafe and all the extra food added more potty breaks, if you catch my drift. I eventually learned not to pack snacks. Each person gets a bottle of water in the morning and breakfast when we get going. I pick up lunch and dinner and we all get an afternoon snack at a pit stop. Believe it or not, they don’t ask for snacks at all.

If you’re like me, then you’ve tried everything to keep your child’s head from flopping like a fish in a front-facing carseat. I’ve put headbands around their heads and carseats, I’ve sat next to them holding their heads in place as they slept, and I’ve stuffed their full size pillows in all the nooks and crannies of their seats to keep them from flopping forward. For Christmas, my kids received vibrating neck pillows and they have worked wonders. It’s lagniappe that they look like little creatures which makes them fun. 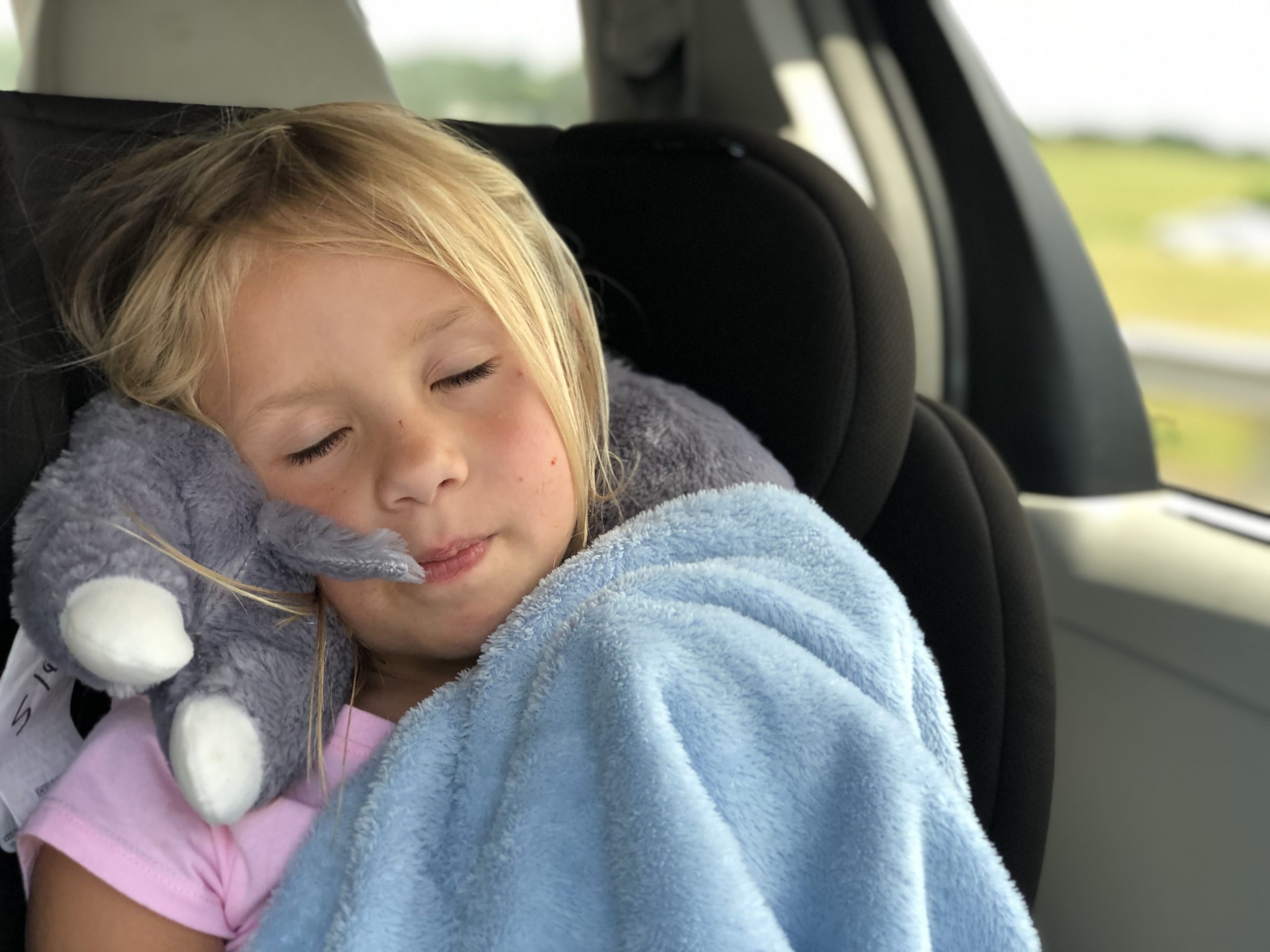 There is such a thing as too many toys.

More toys in the car equals less room for children. In the beginning, I packed every toy I thought they may want to touch at some point. WTF was I thinking? I actually had to pull the car over sometimes to dig out a toy that they couldn’t reach or one that they dropped under the mountain of toys I packed for them. Now, each child has one Tupperware of toys. If it fits in the bucket, they can bring it. For the boys, this includes mostly legos, a few random dinosaurs or action figures, a coloring book, and a pack of markers. For my daughter, this includes barbies, a coloring book, and a pack of markers. Each child also has their own portable DVD player in this bucket and we bring one zippered DVD case. I also added a Tupperware of kinetic sand for each kid this year and they absolutely love it! I mean, who doesn’t love building sand castles? Before you freak out about a mess of sand in your car, let me point out that kids can make a mess with anything and nothing. We could put them in the car with absolutely nothing and, before you know it, they’re wiping boogers on your car seats. Personally, I’d rather vacuum a little sand. The sand even calms children with ADHD when they’re stuck in a car for so long. If your child is all about electronics, don’t worry, my 11-year-old is too. Just let him/her bring them because the goal is for you to focus on driving and get there without stressing, fussing, or wrecking. 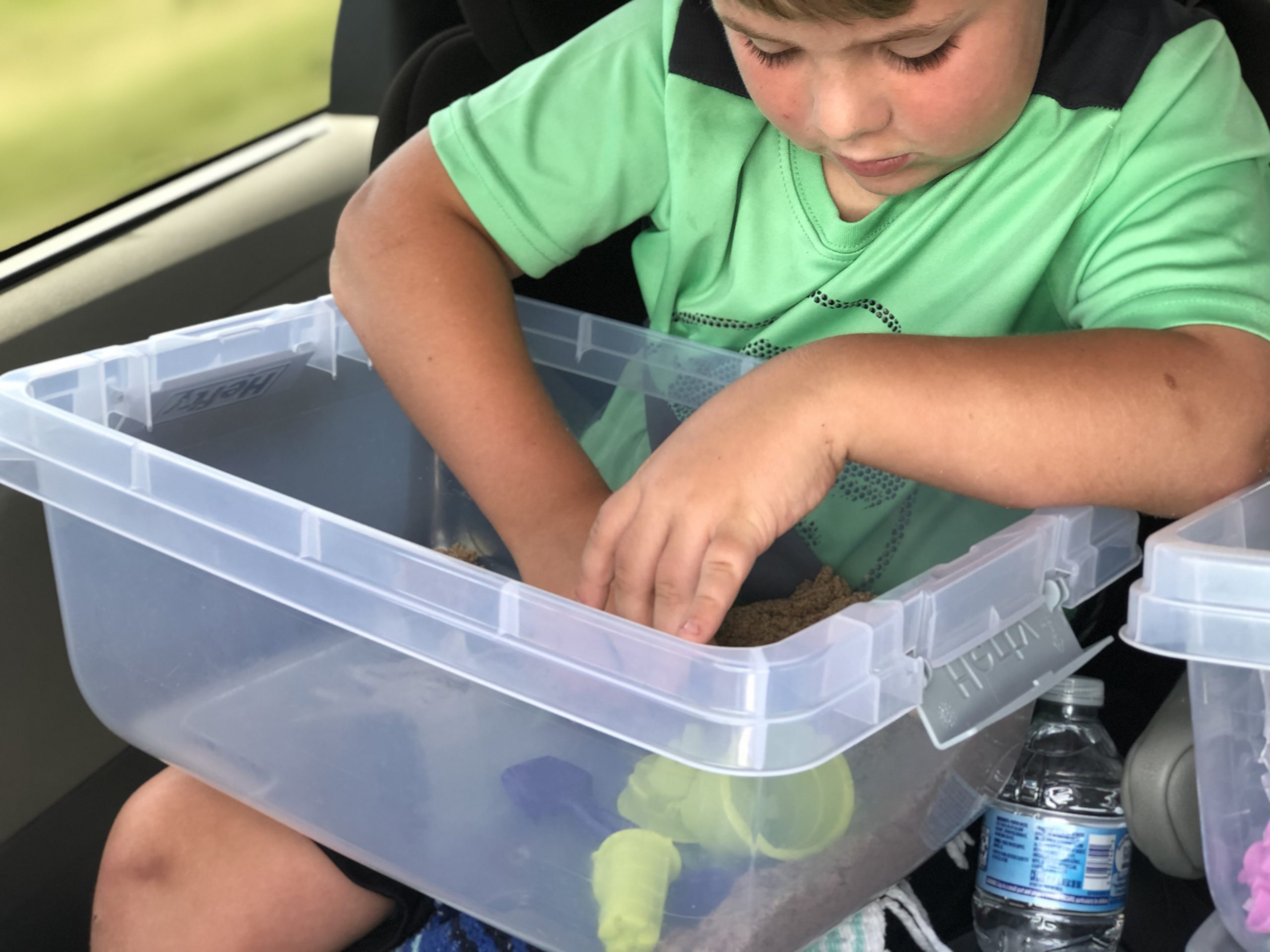 My car potty has saved us far too many times to count. It doesn’t matter how many restrooms you pass, the kids always start crying that their need to pee has reached DEFCON 3 on every long stretch of deserted highway. When I just had boys, it was easy to pull over and let them pee on the side of the road but this girl has proved tricky. Before you know it, you’ll be holding pants out of the window while you drive trying to dry them. Believe me, I’ve done it. A car potty it is! I place a small trash bag inside and fold it over the top then put a puppy training pad inside that for absorbency. This will keep it from leaking before you get to throw it away. The car potty is being used much more this summer with the fear of germs as we travel. I honestly haven’t let my kids use a gas station restroom because I can’t control what they touch while they’re in there. They only get out of the car at Buc-ee’s because their restrooms are constantly cleaned and it’s a good stop for snacks. High five Buc-ee’s for being the best pit stop ever.

Don’t fear adventure because of the drive.

We’ve grown to love traveling and experiencing new things. These moments with your kids are priceless and they instill in them a sense of adventure. Instead of fearing long car rides with your kids, just make a few adjustments that make trips a little easier, especially for you. Tackle the dreaded car rides and let the good summer times roll! 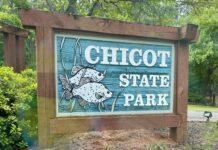 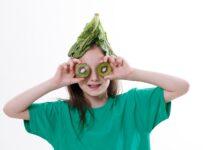