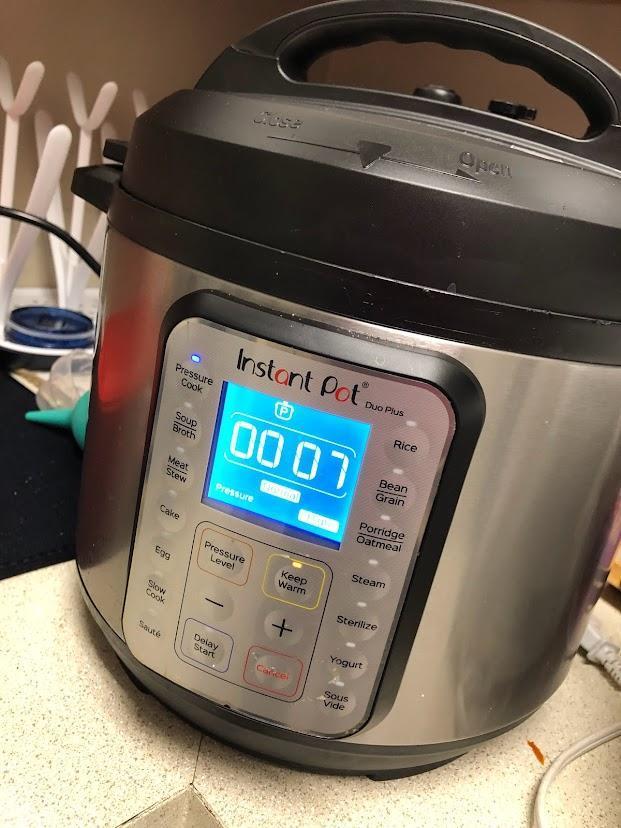 I admit it, I was scared. It took me a whole 6 months after buying my Instapot pressure cooker to actually use it. I had heard so many great things about it but also couldn’t escape the horror stories of people getting seriously hurt. Finally, after a long day of working and dealing with the kids, thawing something out and waiting for it to bake was NOT in the cards for me anymore. I had to give it a try.

Known for revolutionizing our time spent in the kitchen, one must wonder: exactly how does an Instapot work? According to instapoteats.com, when heated, the liquid inside the inner pot boils and turns into steam. Without an escape route, the build-up of steam creates pressure. It will then maintain that high-temperature heat and pressure cooking the food at a much faster rate.

For some strange reason, the first thing I decided to make was a sweet potato. I guess since traditionally I knew it took hours for it to soften in the oven, I needed to see if all the hoopla was true. In the end, it did cut the time down dramatically but I had to keep repeating since the middle was still hard. Hey, it was the first time …

I honestly don’t think I’ve even mastered the whole process. I’ve yet to truly utilize all its capabilities of cooking rice, yogurt, etc. I can now agree – it has made cooking less of a hassle and saves so much time. Thankfully there are tons of videos, support groups, articles, and websites of helpful material for beginners.

However, here are a few tips and tricks I learned on my own through trial & error!