Everyone talks about how hard breastfeeding is, but no one ever informs you of the frustrating battle when your breastfed baby refuses a bottle.

My first child was breastfed for 6 months and would take milk from any “vessel,” as I used to boast to our friends and family. Surely, the second would do the same, right? 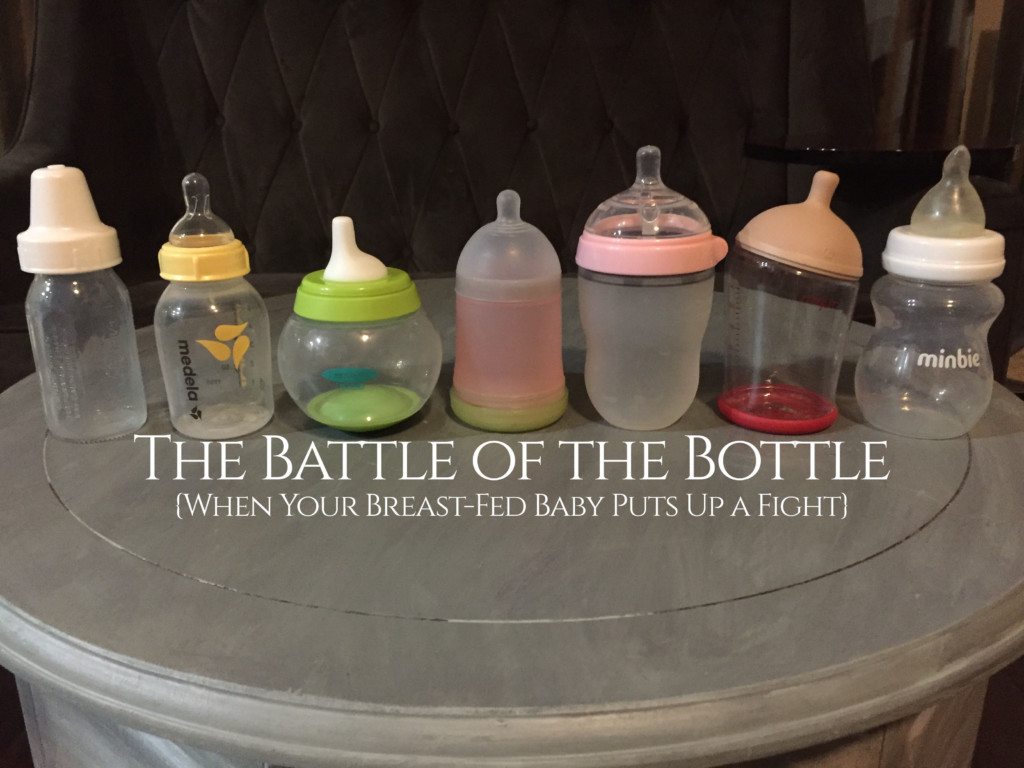 I climbed down from the attic and confidently unpacked the Dr. Browns and Playtex bottles from their cardboard homes. Freshly washed & sterilized, the troops were ready for their second deployment. The liquid gold poured in easy. We were ready.

Well, we thought we were ready. After the first comical hour long bottle-feeding battle ended in hysterics (NOT the funny kind), I thought surely it was because I was trying to give her the bottle. I justified her reasoning: If I’d like a glass of fine wine, I’d be upset if it came to me in a beer stein.

So, I called in the reinforcements *ahem the next victim* … my husband.

Leave the room, he said. It’ll be fine, he said. Well I left the room, the house, the cul-de-sac. Honestly, I felt like fleeing the country after the 100th undrunk drop. She would just scream and flail and give you that look that made you want to wave the white flag of surrender.

I knew that in a matter of a few weeks I had to go to back work and that, well, it was kind of my duty to make sure I kept the kid alive. I kicked it into high gear and decided to make the rounds with the allies. We would try every type of bottle we owned or could borrow until we would find THE ONE!

If we used these little disposables to supplement during the first few days of her life, then it should be the obvious choice right? Wrong. These were nothing like the breast and were apparently offensive when presented as an option.

My old faithful bottles with drop-ins to keep air out and keep mom’s cleaning to a minimum. My mom used these back in the gap. I used them with my first daughter, but #2 wanted nothing to do with these except to play with the “bag” (and scream).

More affectionately known as the sister bottle of the Playtex Nurser — that this sister rejected as well. Because this bottle has an angled neck, we even tried holding it in a way that mimicked being held and breastfed. Didn’t work.

Mama called the doctor and the doctor said “ Your baby wants the breast instead.” So many parts made the cleanup undesirable as well.

It’s the bottle Target gives you when you create a baby registry. All things from Target must possess some magical powers, right?! Even it failed us.

Lets just say the risk was not worth the reward. Disclaimer: No mothers, fathers, grandmothers, aunties, or babies were harmed in the trial of this bottle.

My pump was Medela. So, breast milk + pump brand bottle = match made in heaven, right? This one was a tad closer but too small of a nipple. She was not fooled.

This bottle is shaped like a sphere. Boobs are spheres. The logic is there, right? Nice try, BUT she would accept it near her lips so #mOmmawin there.

We were 0 for 8 with no clear victor. So, like any desperate and confused parents would do, we proceeded to order every bottle that the web said was “breast” to try.

This bottle not only comes with a minimal name but also very unique and unconventional instructions. She couldn’t “bare” drinking from it.

Having the softest nipple that proved acceptable for at least a few suckles, the Adiri bottle was a strong contender.

A highly recommended option, this bottle is actually squeezable and proved to be more of a toy than a bottle for my babe. Complete flip side of the old-fashioned glass bottles.

The runner up! I’m not sure if it was the flesh color or smooth texture of the nipple, but something about this bottle was intriguing to my little one. It came with a hefty price but was definitely the “gateway” to bottle drinking success.

We ended up trying 12 different bottles before landing on 1 victorious Holy Grail of bottles that sufficed for my picky eater. 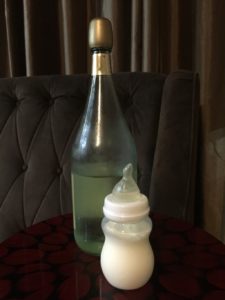 Do you ever notice when Facebook ads start to relate to your every need? Creepy technology turned out to be very useful in this case. Literally the strangest shaped nipple I have seen to date, but she took it in all its skinny, angled nipple glory!

Granted, the feeding process still took about an hour per bottle, but with a very patient milk maid wielding the Minbie, I felt victorious for finally hunting down an option that “worked” for us.

The moral of the story is: some breastfed babies just refuse a bottle. And it sucks (pun intended). My only advice to other mothers crawling through these trenches is to open up a “bottle” of your favorite beverage too and keep battling! 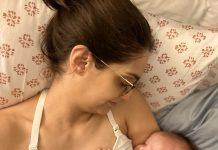 Help for the Unexpected Challenges of Breastfeeding