Breastfeeding can be tricky and intimidating if you are a first time mom. This was not something that came “naturally” to me, and I did not have a lot of advice from friends or family. I was one of the first out of my friends to have a baby and also one of the first to exclusively breastfeed. I made sure to “pick” the lactation consultants brain before I left the hospital in hopes that we would be successful in our breastfeeding journey. Looking back at other people’s experiences, you now realize that there are so many factors that go into a positive and rewarding experience for baby and mom.

As I prepare to give birth to my third child, I am looking back over my breastfeeding experiences with my first two children; I have gone from crazy mom to the laid back “whatever happens happens” mom. And I think that is totally normal… 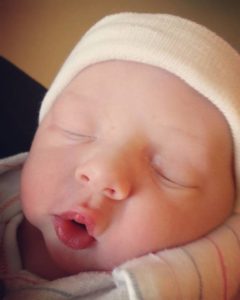 I was SOOO crazy with my first child. I had no concept of reality or when I was going to get this baby on a feeding schedule, but I was determined to stick with it. My milk did not come in for what felt like an eternity, but in reality it was actually five days. This means I essentially nursed around the clock with little sleep and of course, no one could help me because I was the only one at the time with boobs that lactated. To say I was exhausted and overwhelmed would be an understatement.

On day seven, I noticed that my face felt numb and that I was having trouble chewing food and closing my mouth completely. By the next day, I was in full panic mode that I was having a stroke. I had no other weakness in my arms or legs, but my face was completely paralyzed, which also made my speech slurred. We had our first appointment with W’s pediatrician and he reassured me that he didn’t think I was having a stroke but that I should probably be seen by my doctor. My OB/GYN was out of town and the on-call physician instructed me to go to the ER. Instead, I called a colleague and he admitted me overnight for observation at the hospital I worked in.

The kicker is that I needed to have an MRI to rule out a stroke. I refused to have one because I would not be able to nurse for at least 12 hours, and I had no milk pumped that I could give to W in a bottle. So the neurologist assessed me and said he did not think it was a stroke, but also did not have a diagnosis for me. I was so determined for my child to not have formula that I was putting my own health in jeopardy; I still look back at this moment and cringe. Obviously everything turned out fine and I just had a case of bilateral Bells Palsy and had a paralyzed face for a month and a half. NBD. I nursed W until he was nine months old when I found out I was pregnant with my daughter, and shocker, he survived on formula for three months before we started milk. 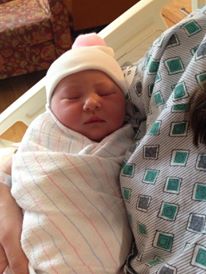 W was 17 months old when my daughter was born; at this point I felt like a seasoned pro. I was still in full on baby mode and everything breastfeeding was still fresh in my mind. MK’s blood sugar was low the day she was born and my colostrum was just not enough to bring her blood sugar up. So she got a formula bottle on her birth day. DAY. ONE. I breastfed MK for 9 months as well but I had to start supplementing her bottles with half formula at six months so my freezer supply would last.

Why was formula so terrifying for the first child? Why was I made to feel like a failure if I gave my babies formula? Where is the gap in information available to moms about all of the options? It felt like bottle vs. breast and there was no in between. There really is no “one size fits all” for every woman and baby; so why do we feel like it is either or? I am just glad that I was able to be more laid back with MK and make the decisions that were best for myself and baby. Let your momma instincts direct you on the right path, because ultimately, only you know what is best for your self and baby.

Hopefully I will have a similar breastfeeding experience with baby # 3, but if not I know that everything will still turn out ok. Because let’s face it, I was a formula baby and I think that I turned out pretty great.