I have been exceedingly lucky. I have had all four of my grandparents for a large majority of my life. Then, one by one, they began to pass. First, my tiny Italian Nana, who was as sweet as sugar, but took no crap. Then, my grumpy but darling Paw-Paw who lived in one of those all-in-one grandpa jumpsuits with candy that no diabetic should have deep inside his pockets. Then, my precious Pops who walked the golf course as long as he possibly could.

And then there is Maw-Maw.

She’s pretty amazing. Everyone that meets her thinks so. Heck, just ask her, she’ll tell you so too! She encompasses so many lessons, all in one hilarious love filled package. When I think about her – and make no mistake, she is still here and making a splash – I think about all the lessons that I’ve consciously and subconsciously learned from her. I hope that I am passing these lessons along to my child, nieces and nephews. The lessons learned from Maw-Maw are, after all, all you need to know. 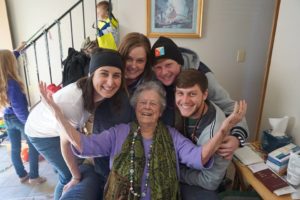 Be a good story-teller.

I’m not sure where this art got lost, but somewhere in between the onset of texting and tweeting, we forgot how to tell a good story. We forgot how to entertain. Maw-Maw always knows how to tell a good story. She adds a little lagniappe – a little extra something to bring you right into the story. There often is the colorful question of “That can’t be true. Can it?” True or not, her stories always make for a good time.

Put a little “honey” on it.

When you talk to Maw Maw and she starts the story with “well, honey…..” you know you’re probably in for it. But it’s okay, because she started with the sweet. Start with the sweet and then give your feedback. A little honey makes anything taste better!

Every Friday night, no matter when, there is always Friday night dinner at Maw-Maw’s house. You don’t even need to announce yourself. If it’s Friday, she is there, as well as probably a large part of our family. I don’t have a tradition with my little family yet, and I yearn for it. Traditions bring us stability. 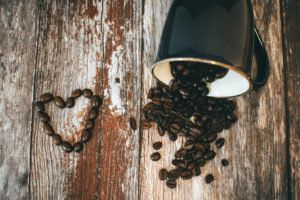 Sometimes you need cream in your coffee. Or wine at lunch.

When did life get so serious?  I was visiting family for a few days and I brought Maw Maw lunch. There we were at the table. Me with my salad, the toddler with his macaroni and Maw-Maw with a glass of wine. At noon. And I thought to myself, “that’s the way to do it.” Maybe it’s high time we stopped putting restrictions on ourselves and just lived. I brought her coffee one day, and she was putting cream and sugar and there I was drinking it black. She looked at me and asked, “you drink that black?” as if to say “Life is already so serious. Put some freaking cream in your coffee.”

You’re never too old to make a change.

Maw-Maw was a smoker far into her later life. While my Paw-Paw was alive, she “hid” it, but after he passed away she became very open about it, unapologetic really. But, the time came when her health dictated that she had to quit. And so she did. She could have told everyone to stick their “No Smoking” campaign where the sun doesn’t shine (she’s really good at telling people what she thinks) but she didn’t. She quit. I’m not saying it was easy, but she did it because it was in her best interest. I find that very inspirational. Kicking an addiction, like smoking in your later years, is a feat of giant proportions. I took that as a sign that there is truly nothing you can’t achieve with the right mindset.

Have an opinion, but don’t be a butt. 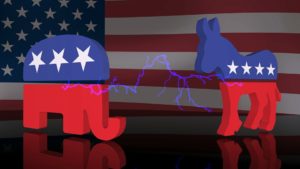 I get so caught up in wanting to please others or avoiding conflict that I often do not express my own strong opinion. But why? Debate is how we make real and lasting change! Maw Maw and I have VAST political differences. When she gets started on politics, you better get ready. But, even though we rarely agree, I never have to question if she loves me or thinks I’m a good person. We can have a lively disagreement and hug right after. When did everyone stop being able to debate each other? When did a disagreement mean that we can’t be friends or family? The thing is, we can and should disagree with each other, at times. Learning the art of the disagreement is healthy and necessary. 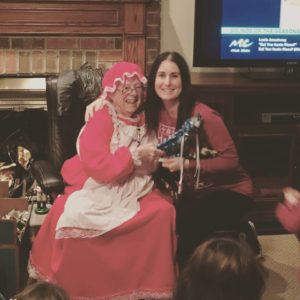 I’m hoping that Maw-Maw will be around as long as possible. If she reads this (and she does have Facebook), she’ll probably think that all of this is common sense. I’m sure she’ll laugh and think I’m being silly to think that her words are pearls of wisdom. But, they are. And I think that this world would be a whole lot happier if we all just listened to our Maw-Maws.

What is the most important pearl of wisdom that you’ve learned from your Maw-Maw?  Leave them in the comments!