You’d think someone whose majority of personal blog traffic comes from Pinterest would be able to pull off the “Pinterest Mom” persona. 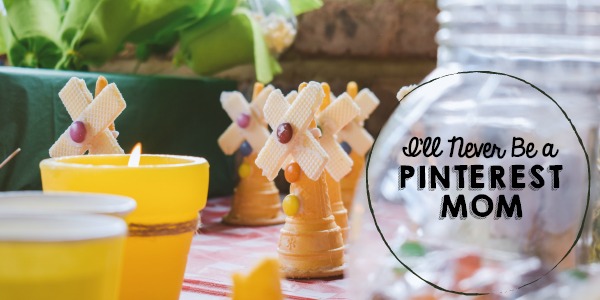 Finally after a few years of mothering, I thought I had gotten my act together.

I had the correct holiday shirt for this particular holiday. Which I’d never done before, mind you. In fact I think he’s only had a holiday shirt for one holiday in all his toddler life. Purchased by my mother, because I don’t have my life that pulled together.

The worst part is that shirt is that it doesn’t have some elaborate monogram. We are all aware that the intricacy of a monogram in the South is in direct correlation to the amazing-ness of the mother.

A few, okay two, well maybe it was one day before the party … I texted my husband to say I would be emailing him something (cute little tags with some awesome saying) and could he print them on some the color paper I wanted?

He was all in until he figured out what I was up to.

You see, I was going to side track the candy aspect I despise so much (nothing says an afternoon of fun like a toddler who knows there are Reese’s hiding behind the cereal in the pantry) by sending some cute toy my fellow contributor mentioned in her Valentine’s Day post. There was only one problem … the sitter specifically asked for candy.

I would know this if I was the parent picking up the child and dropping the child off, but most days, I’m not. I work out of town so my husband has kid duty during the day.

Dang it, I was so close to having a cute something.

I was so close to having a cute shirt on my kid for a holiday too … but alas the party fell on two holidays and I have a shirt for the wrong party being celebrated.

Just once I want to be that cute Pinterest Mom. I want the cute party. I want to remember what holiday it is in advance and have outfits planned for our perfectly posed Instagram photos. Heck, I even want to go above and beyond and celebrate holidays that don’t fall on my Erin Condren life planner.

But I won’t, and I probably never will.