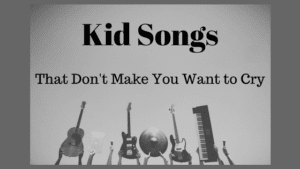 We’ve all been there.

It’s been an extremely long day. You’re in the car, sitting in traffic that is really making you call on Jesus. You try to turn on a nice soothing song to calm your nerves. Then, from the backseat, you hear a plea from the soul – “Daddy finger song PUUULLLEASE!!!!!!!!!!!!!”

And then you die a little inside.

I don’t know about everyone else, but if I hear “Daddy finger, daddy finger, where are you?” one more time, I may actually lose it for good.

Kid songs. Why do the terrible ones stick? And a side note, why do all the terrible ones have matching YouTube videos made all over the world with every cartoon character known to man?  Think T-Rex dressed up as Spiderman – basically every 3 year old’s dream.

After much searching, I’ve found a few kid music artists that I can tolerate and my kiddo loves.  As far as I’m concerned, I just won Mom Olympics! 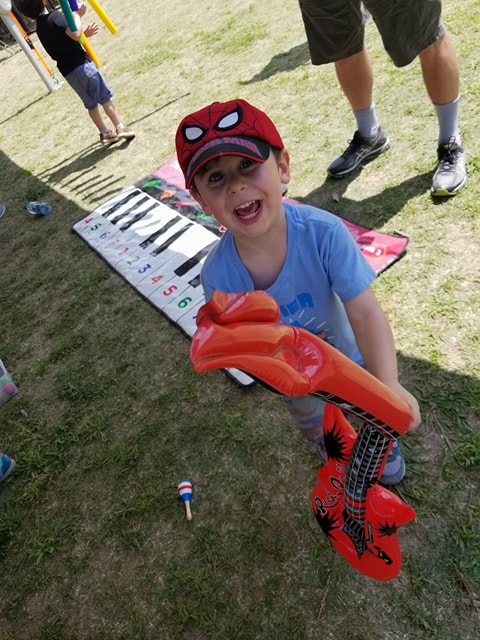 These guys are hilarious. They remind me of college aged hipsters with a love of children and too much time on their hands. Their songs are all upbeat and really fun! Our favorites are Pop See Ko, Dinosaur Stomp, You are the Best, and Cat Party. Plus they have a song called Rollin’ in the Mini Van and Cool Moms, so these guys are golden in my eyes!

Jazzy Ash’s music has a lovely New Orleans sound which is always good with me! She is an extremely talented musician and educator and is cute as button! Her band is called The Leaping Lizards which is just too precious. Our favorite songs are Eh la Bas, Goodbye in the Bayou, Baby loves Beignets, Salmon Song, and Throw me Something Mista. She also has some of her lyrics on her website. For a little lagniappe, it looks like lesson plans to go with those songs are coming!

This series is available on Amazon and on streaming services. It’s all your favorite Sesame Street Character singing with contemporary artists. It is admittedly a little dated, but I will always enjoy The Goo Goo Dolls and a little N’sync!

We love this Netflix series and their songs are available! The songs are pretty catchy and I have found myself listening to them long after dropping my little guy off at school. We are especially big fans of the dinosaur songs and the planet songs. We’ve both learned a ton just by singing along – check them out!

What are some of your favorite kid songs that don’t make you want to tear your hair out? Help a momma out and leave them in the comments!

And, for your convenience, here’s a Spotify playlist with great kid songs to get you started!