There is nothing less fun about pregnancy than the morning sickness.

I honestly didn’t expect it to hit me like it did when I was pregnant with my first child; none of my friends had awful morning sickness. 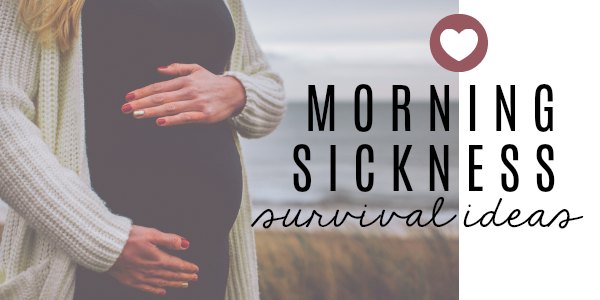 In fact, most of their recommendations to cure it involved cucumbers and grapes … well a prescription for Zofran and Diclegis later, and I was still sick as a dog. So before I forget, or for when I forget, or ever for that mom who is about to puke and can’t come with an idea for relief … here are few ideas from mamas who have suffered through that lovely thing we call morning sickness.

While writing this and trying to remember how I survived my first pregnancy, I found a great website with a 3 part morning sickness blog post. She had some great ideas that I’ll link below.

Do you have any tips to help combat morning sickness we should add to this list?