“This is where they fought the Battle of Gettysburg. Fifty thousand men died right here on this field, fightin’ the same fight that we’re still fightin’ amongst ourselves today. This green field right here was painted red, bubblin’ with the blood of young boys, smoke and hot lead pourin’ right through their bodies. Listen to their souls, men: ‘I killed my brother with malice in my heart. Hatred destroyed my family.’ You listen. And you take a lesson from the dead. If we don’t come together, right now, on this hallowed ground, we too will be destroyed – just like they were. I don’t care if you like each other or not. But you will respect each other. And maybe – I don’t know – maybe we’ll learn to play this game like men.”

I’m guessing you thought this would be a post about football. It isn’t. It’s deeper than that.

In the late 1990s, screen writer Gregory A. Howard wrote a screen play called Remember the Titans, based on the true story of T.C. Williams High School in Alexandria, Virginia.

1971 was a turbulent year in Alexandria, Virginia. Although the school system desegregated in 1963, the school board elected to merge three high schools into one school, T.C. Williams High School. While racial tensions were the focus of the citizens, T.C. Williams’ newly integrated football players’ tensions were high as they were faced with securing a starting position on the team. To further complicate matters, Williams’ Head Coach, Bill Yoast was forced to take the assistant coaching position to make room for the new African-American Head Coach, Herman Boone. In a twist of fate, the two coaches were able to work together and led the Titans to victory in the Virginia State Championship. While the rest of the nation struggled for peace, the student body of T.C. Williams High School overcame their differences and set the example for the surrounding community. What began as a risky experiment resulted in T.C. Williams “becoming the model for every high school in the United States.”

Amidst the pain and uncertainty, with the death of George Floyd, I heard the words of Coach Boone echo through my TV speakers and into my ears. I feel like we could all benefit from watching this movie over and over again.

“Sometimes life is hard for no reason at all.”

The Civil War may be what we read about in history books, but the battle is still very much alive and real today.

We live on a continent, in a nation, that was conceived in liberty and dedicated to the proposition that ALL men are created equal. Yet, I sit here – a broken hearted mother – as tears fall at the recollection of Mr. Floyd using his final breaths as a sacred invocation, calling out, “Momma, I’m through!” This man died, for no reason at all. As a mother, I am livid. As a Christian, I am hurting for this family and for our world. We cannot pass by and continue to do nothing. 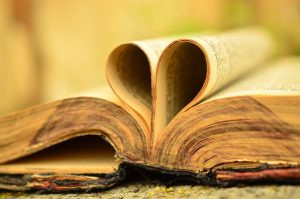 Before You Take a Stand – Take a Seat

If that statement makes you uncomfortable or frustrated, then let that be a sign to check the orientation of your heart.

Yes, ALL lives matter. Anyone with a pulse should know that. But, you cannot say “all” lives matter until they actually do; so, until you can say “Black Lives Matter” then you can’t say they all do.

Yes, Jesus died on the cross for ALL lives …. and, when necessary, He left the 99 to go in search of the 1. When Jesus talked with the woman at the well (John 4), He didn’t mention the blind man. When Jesus healed the blind man (John 9), He didn’t discuss the leper (Matthew 8). He heard their cries individually. He was intentional with every person He encountered. He SAT with them.

Don’t miss this – the point of the parable is the finding of the one, not the leaving of the 99. He goes after the one sheep who is vulnerable and alone, the one who is lost and in danger of being attacked. So, when someone says “Black Lives Matter,” they aren’t discounting the validity of all other lives. A group of our brothers and sisters are hurting right now and we’ve been silent for too long. The 99 still matter, but right now, our focus needs to be on the one.

Before we take a stand, we have to take a seat.

To my black friends – I hear you.

No Response IS a Response

Since we are on the subject of parables, let’s talk about the Good Samaritan. The Good Samaritan parable is one of the most beloved gospel stories. A man going from Jerusalem to Jericho is attacked by robbers who strip him and beat him. The man was wounded and passerby after passerby walked nearby and pretended like he wasn’t there. They didn’t speak up. They didn’t act.

These individuals were not responsible for his wounds, but as another human being lay there suffering, was it right to not aid in his healing?

To my black friends – I see you. 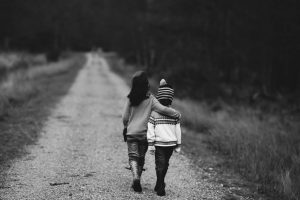 When it Hits Close to Home

I’ve never had to fear for my life because of the color of my skin. I’ve never been made to feel inferior because of my ethnicity.

BUT ……. I do know that my heart breaks when I hear that a fellow human being feels demoralized or made to feel as though their voice doesn’t matter. I also know that it is one thing to sit back and watch our current events unfold, from a distance. It’s another thing when it hits close to home.

I don’t watch much TV, but I did happen to be on social media a few nights ago and as I scrolled past memes, weather updates, more memes, and lots of people getting haircuts and manicures, I came to a dead stop on one particular status update. It was from a dear friend of mine. He and I graduated from both high school and college together, even with the same major. I have always had an immense amount of respect for this gentleman and his family. He shared his first experience with racism……

“Kindergarten. My mom came to school and one of my friends (let’s call him John) came up to me and said ‘your mom is a n-word.’ He didn’t mean to be hateful. He was more in shock because I guess he didn’t know I was black. Anyone who knew my mom knows that she was the most classy and elegant woman you could meet, so this child was taught that ALL black people (regardless of behavior, class, status) were n-words. I asked my mother the meaning of that word when I got home, and I watched her heart break as she tried her best to explain racism to a child, at the tender age of 5. I learned that the world would hate me because of my skin before I learned how to write a capital Q. Side note: If you want to know the measure of grace that God gave my mother, she continued to allow John to sleepover at my house, feed him, and show love to him and his parents.

It only got worse from there. I’m not going to lay out every experience. It’s not the time. But I will say this: There is a lot of energy and passion, right now, from folks who want to make a difference and bring about change. Here’s what you can do:

Pray that God would wrap his arms around this country and fill the hearts of its people with love.

Ask God to reveal to you if you have any hate in your heart. You may think that you aren’t a racist person, but He could reveal to you how you skipped over that resume because of the ethnic name, or how there weren’t any black people at your wedding, or He may remind you to not ‘oppress the widow or fatherless, the alien or the poor’ regardless of race or citizenship.

Reach out to a black friend, neighbor, or family member. Ask how you can support them. If you are feeling really brave, ask them if there is anything you have said, done, or posted that hurt them in any way. I’ll be honest, there are some things that I see people post that really offend me.

Lastly, be proactive and reach out to your mayor, city councilmen, and legislators. Ask them what is in place to prevent something like this from happening in your town.

Much love everyone. Be blessed.”

Reading this jolted me. It took a few minutes for me to get through his post because I was reading through saturated eyes. I’ve known this man since I was 5 and I never knew that he experienced this at such a young and impressionable age. The hard truth is …… I’ve never asked him. I can’t change the past, but I am listening now. His words spoke to my soul.

To my black friends – I am here for you. 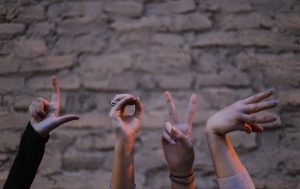 A Call to Action

Friends, I don’t have all the answers. I can barely decide what I want to eat for breakfast in the morning. But, we HAVE to do something. Fighting isn’t the answer.

As human beings, we were created in the image and likeness of God. Regardless of ANY factors or reasons we can think of, individuals have an inherent and immeasurable worth and dignity; each human life is considered sacred. There is neither real promotion of the common good nor real human development when there is ignorance of the fundamental pillars that govern a nation – faith, family, and security.

Violence can only be overcome, by changing hearts.

I invite you to search your heart, as I am mine. Start right here. Start right now because if you are serious about change, then we need to be honest about what’s inside of us and how it got there.

Jesus stood for the people that others wouldn’t stand for. Stand with me.

To my black brothers and sisters, I will not pretend to comprehend the pain and hopelessness that you feel. I don’t have the answers or the perfect words to say, but I can tell you this: I see you, I hear you, and I hope that my white brothers and sisters do too.

People say that it can’t work, black and white. Well, here we are and God is calling us to make this work, every single day. It did for the people of Alexandria, Virginia, back in 1971.

We’ll have our disagreements, of course, but before we reach for hate, always …… ALWAYS …… let’s remember the Titans.