My son Reese was diagnosed with Autism in January of 2021. It was a journey to get to this conclusion. So here is the backstory.

We (Reese’s parents) noticed around 2 years of age that Reese was not saying any more new words, he was not making eye contact, and he preferred to play alone. I (Mom) decided to put him in daycare, which was met with resistance from both sets of grandparents. I just knew that something wasn’t quite right and I needed to try SOMETHING. So, Reese started daycare in September of 2020 and immediately the daycare owner noticed something was different as well. She contacted me to ask if it was okay if a speech therapist could come to the daycare and give Reese a session or two a week. I, of course, was excited because I needed a professional to help.

It wasn’t even a week and the speech therapist contacted me over the telephone and introduced herself to me, then she promptly asked me if I ever considered testing him for Autism. Yes the A word. I exclaimed…”What?!” “Why?!” “Are you sure?!” Now to set the tone of the conversation, I was driving from work which is 45 minutes away from my home, and I had just got off a 10-hour shift. I was tired and just trying to get home, and then boom; I get this phone call. So naturally, I was caught off guard and frantically tried to focus on the road and what was being said to me. 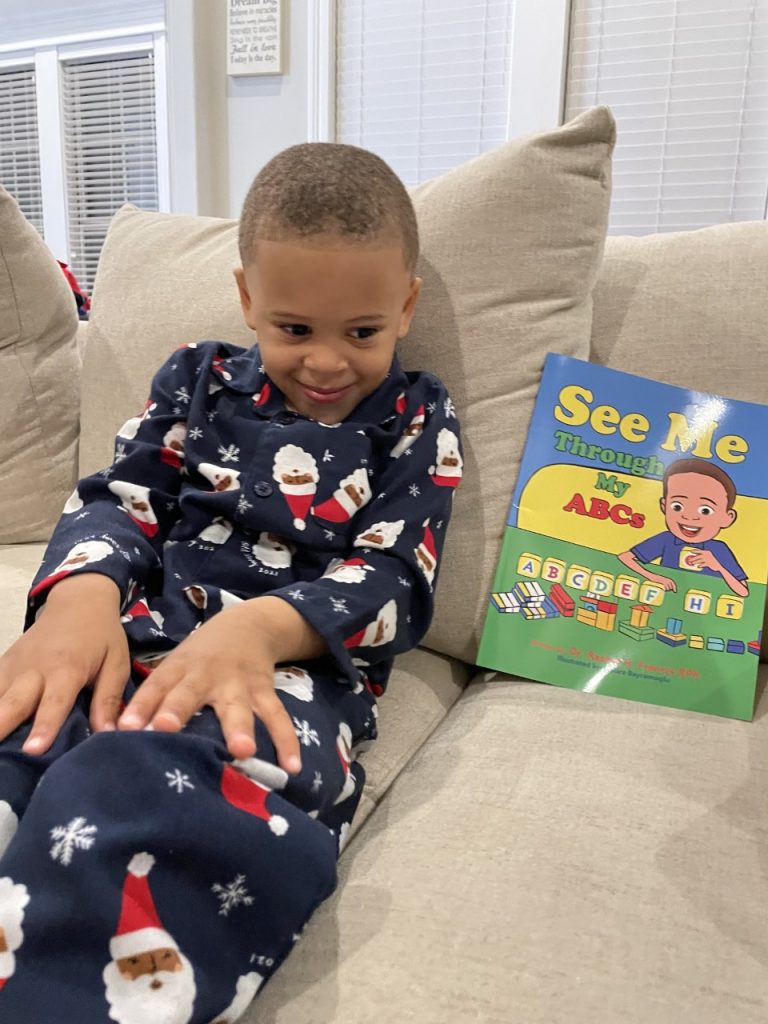 I heard the speech therapist out and came to the conclusion that my son needed to get tested. However, we did not test him right away. We waited about two months to get him tested. We were in denial. We did not know if we could afford the testing because I was pregnant with my daughter and due at the end of the year, and we just were processing the information. Once we finally got him tested and received the news, it was as if the anvil that was on my chest previously was crushed furthermore on it.

I was shocked, I was in a ‘state of mourning,’ and I was depressed (partly due to postpartum) but also because I felt that I had failed as a mother, not recognizing the signs or symptoms of Autism. I felt that I let too much time pass for Reese to have early intervention and of course, just had a plain old pity party for myself.

I let myself be in my feelings for a day or two (still on maternity leave) and then God convicted me and dried my tears. It was time for me to get services for my son. I immediately got on the telephone and the internet and researched ABA clinics and Occupational Therapists because he already had speech. I even called Pupil Appraisal to get a jump start when he would be admitted in school in the next 2 years. I called all types of agencies and nonprofits and groups in order to make sure I left no stone unturned to get services for my sweet boy.

By April of 2021, he was in an ABA Clinic, Occupational therapy, and Speech therapy. In September of 2021, he was in the ABA Clinic where he was diagnosed with additional Occupational and Speech Therapy. I am proud to say it is May 2022, and my son, who was classified as Level 3 Nonverbal on the Autism Spectrum Disorder, can now say his ABCs, he can count to 100, his colors, his shapes, and even labels things. He has come such a long way and has a way to go, but with the support of his village and most importantly God, he will continue to rock the spectrum and any obstacles that come his way.

I took all that I had learned in the past year and decided to write a children’s book entitled “See Me Through My ABCs.” It was not only therapeutic for me but also I wanted other parents to know that you are not alone. I wanted to provide encouragement and resources in the book to help them navigate their new normal. This book is great for children and parents alike. The child can learn their ABCs while learning about themselves or their peers who are “differently abled,” while the parents can learn what resources are out there and also how to help their child. The book is out on Amazon and Barnes and Noble. You can also contact Dr. Rachel Francis for your copy at seemethroughmyabcs.com. 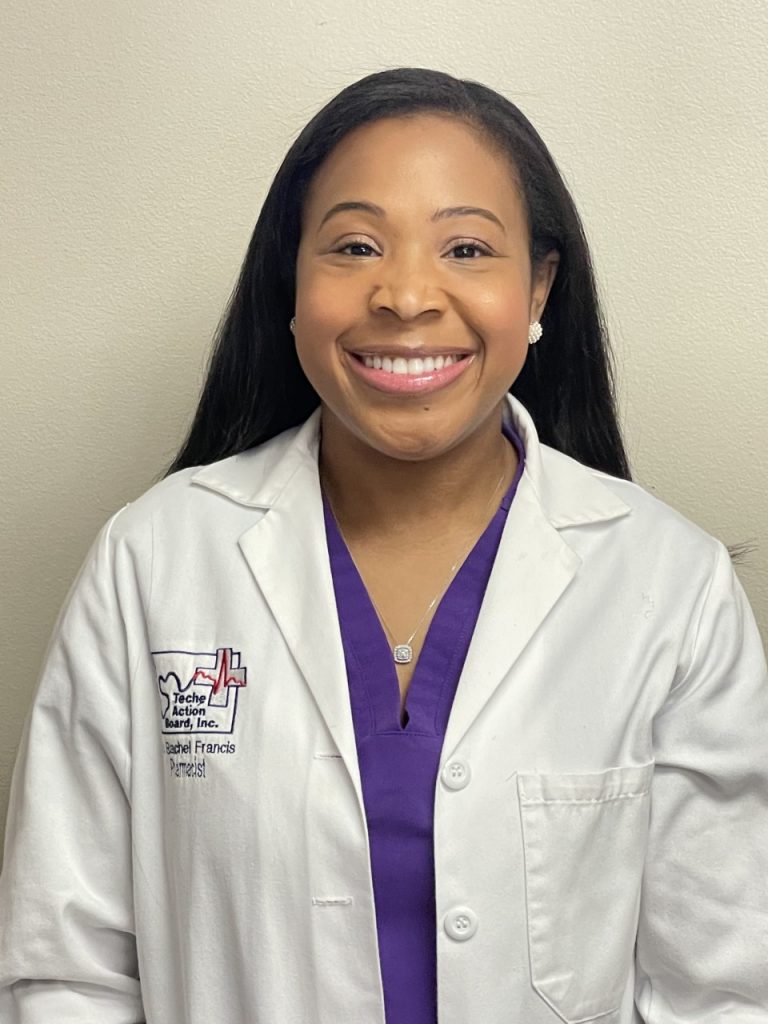 Dr. Rachel Francis graduated magna cum laude from Grambling State University in 2009 with a Bachelor of Science in Chemistry. Dr. Rachel went on to further her studies at Florida A&M University where she graduated with her doctorate in pharmacy in 2013. She is currently the financial secretary of the Southwest Louisiana Chapter of Jack and Jill of America, Inc. and a member of the New Iberia Chapter of Delta Sigma Theta Sorority, Inc. Dr. Rachel currently works as the Pharmacist-in-Charge at Teche Action Clinic Pharmacy in Franklin. Dr. Francis is a recent author. She published a children’s book, See Me Through My ABCs. Her son was her inspiration in authoring the book because he was diagnosed with autism in January 2021. Her hope was to give parents encouragement and resources to help aid their child or children with special needs. She will be one of the authors featured at the Louisiana Book Festival held at the State Capitol in October 2022. Even with all of these things, her biggest accomplishment and joy is being a Mommy to Reese (age 4) and Ryleigh (age 1). She has been married to her wonderful husband Ryan Francis for five years and is so thankful for all of God’s many blessings.