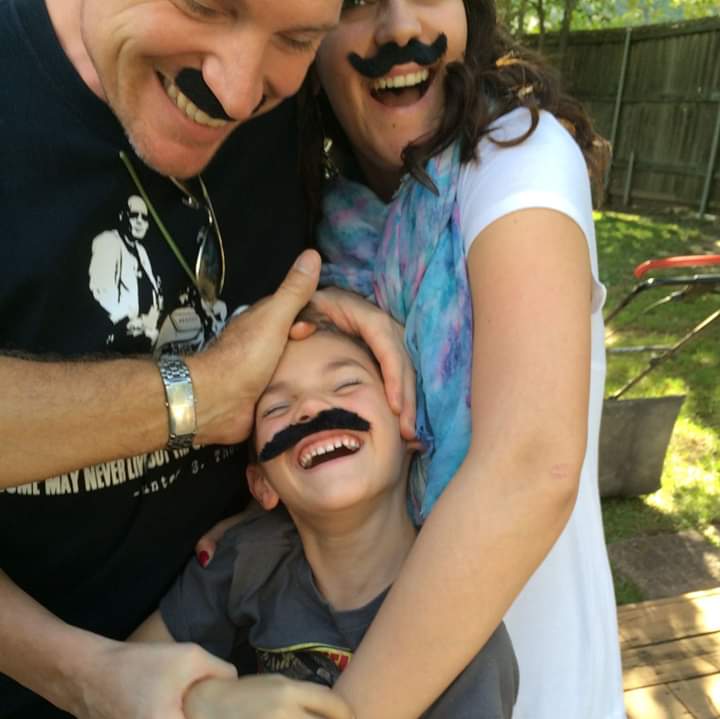 This picture was taken on October 2nd, 2015. It was my stepdad’s birthday and we celebrated with BBQ, cake and an abundance of fun.

For as long as I’ve known my stepdad he has always had a mustache. So, when I found fake mustaches while shopping for the party, I bought them with the hope that I could make everyone wear them! I am a self-proclaimed comedian and I’m glad that my family indulges some of my hilarious endeavors. 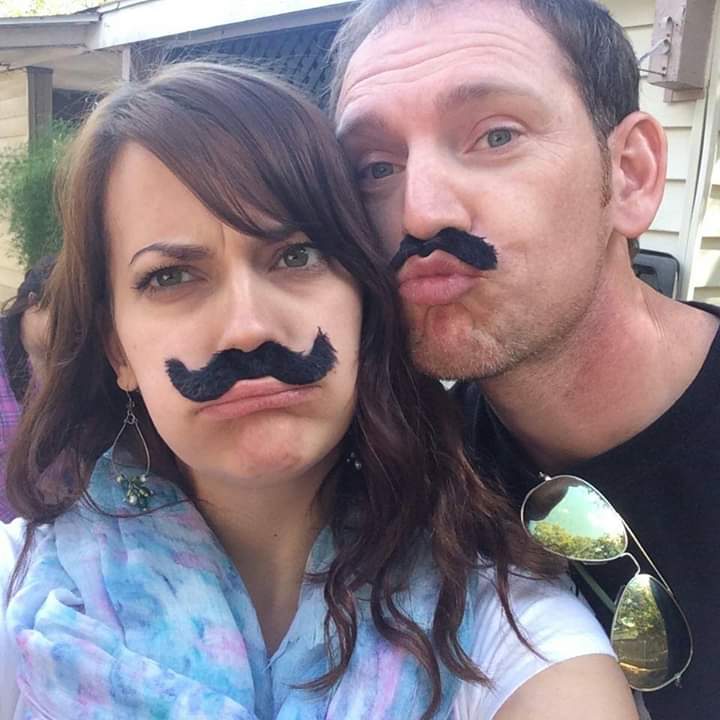 However, as much as I love parties and making people laugh these are not the reasons why I remember this day.

After these pictures were taken, I excused myself because I had to use the restroom. I was 10 weeks pregnant and, as you may know, bathroom trips were frequent. As I sat down on the toilet I immediately knew something was off.

I grabbed my phone and went to Google.

As I typed “10 weeks pregnant, brown discharge” into the search bar my palms became sweaty, my knees were weak and I felt like throwing up.

There’s that humor!
I’m sure it’s one way I cope with trauma but that’s a different blog post altogether.

I scrolled through page after page for what seemed like forever. I found some stating that it could be normal. The women in those articles say they went on to have normal pregnancies and healthy babies. It gave me hope that our baby would be okay.

But, what most of what my search pulled up was “early signs of miscarriage” and that’s when silent tears streamed down my face.

In those last few minutes alone in the bathroom, I prayed. I prayed for my baby, for myself, my family and for my husband. I went back to the party and didn’t tell anyone. I continually went to the bathroom to check for new blood and there wasn’t any. That gave me hope and I held on to it!

After the party was over and our 7-year-old was tucked into bed, I finally confided in my husband. He was scared, I could tell. He stayed strong and reassuring. We took showers, brushed our teeth and went to bed. He held me close and I remember his sweet touches as he rubbed my belly.

At 2 am I woke up to the most excruciating cramps. My husband turned the lights on and when I pulled back the covers to get up, our whole bed was covered in blood.
That hope was gone.

We rushed to the emergency room. The fluorescent lights of the small room I was put into were blinding. In the room next door was a very young baby crying. It was too intense!

5 minutes after being in the ER room there was a knock at the door. I was expecting a doctor but instead, I was greeted by the admissions lady demanding payment. I hadn’t even seen a doctor yet and that still doesn’t sit right with me.

When a doctor and an ultrasound tech came in, they confirmed what we already knew.

I was admitted for a few days because I had lost a significant amount of blood. I was weak and couldn’t stand without blacking out. I heard “I’m sorry for your loss” a thousand times. I was put into a recovery room in the maternity wing of the hospital. I heard babies crying and families smiling and laughing with joy in their hearts for their newborns. A new nurse came in asking if we had a boy or girl, and when she realized we weren’t that lucky, her face went pale and quickly apologized. I tried to comfort her and tell her it was ok. I was numb.

For me, the emotional pain was far greater than the physical and it’s still an ongoing everyday battle.

After some serious work together, we decided to try again a year later. I was riddled with anxiety. When we found out I was pregnant again, we were all terrified. I’ll never forget my bonus son asking if it was going to be like last time. I truly didn’t know what to say but I was honest with him. We explained how we just needed to have positive thoughts and that even if we did have another miscarriage, we would, as a whole family, be ok.

Today, we have a thriving 2-year-old who is the joy of our lives. He is smart and wonderful. He is healthy and happy and completes our family. We still think about the baby we lost and who she would have been. She left a void in our hearts, but she also taught us how to get to a place of optimism during hard times.

We have this picture hanging up near my front door for a daily reminder. 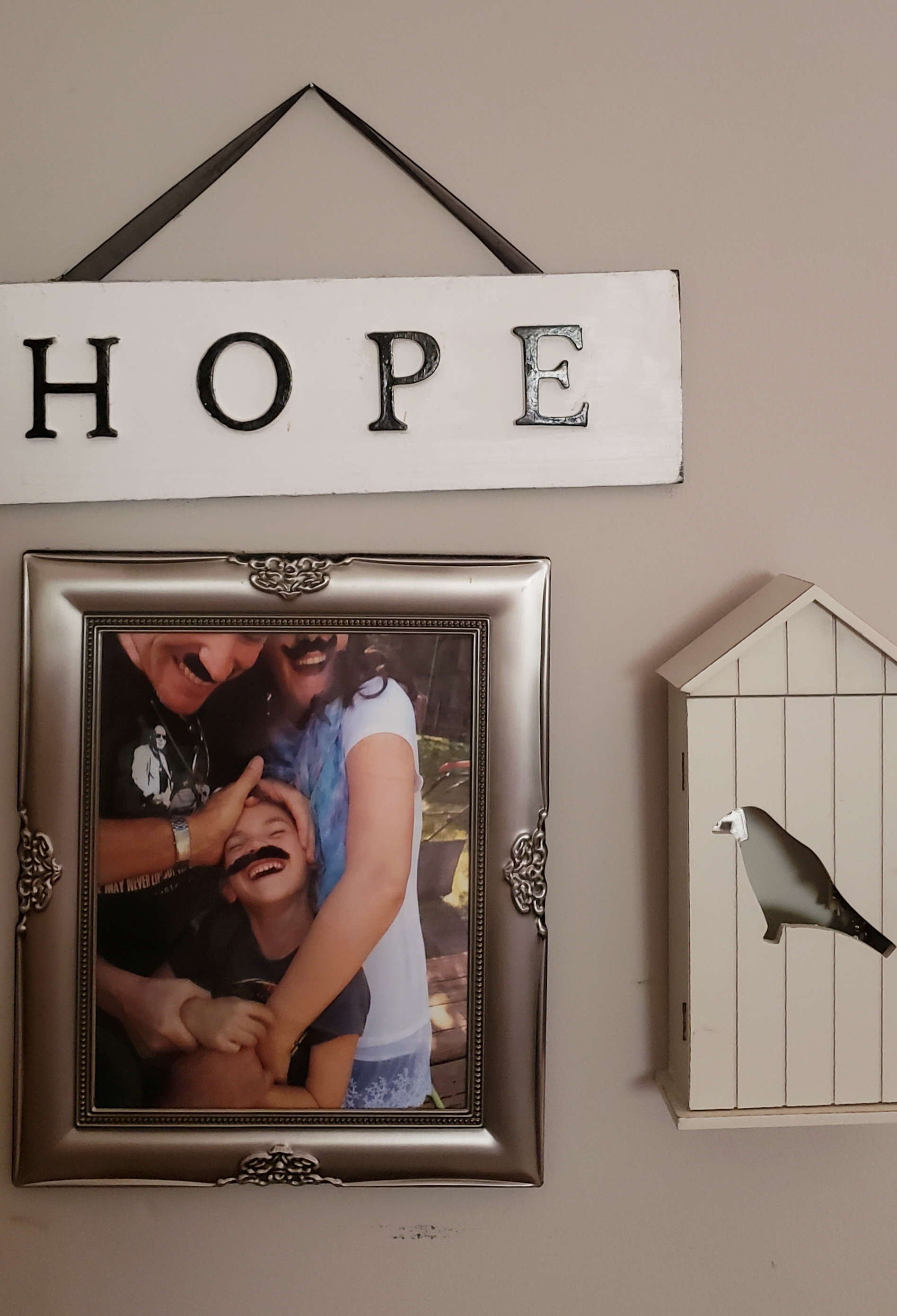 Hope is the choice we will make today.