I’m trying to remember what I thought parenthood would look like when I first told my husband, “Let’s have a baby!” I mean, I don’t think I was expecting it to be all sunshine and rainbows, but I didn’t anticipate most of the things that are actually a part of real-life motherhood. 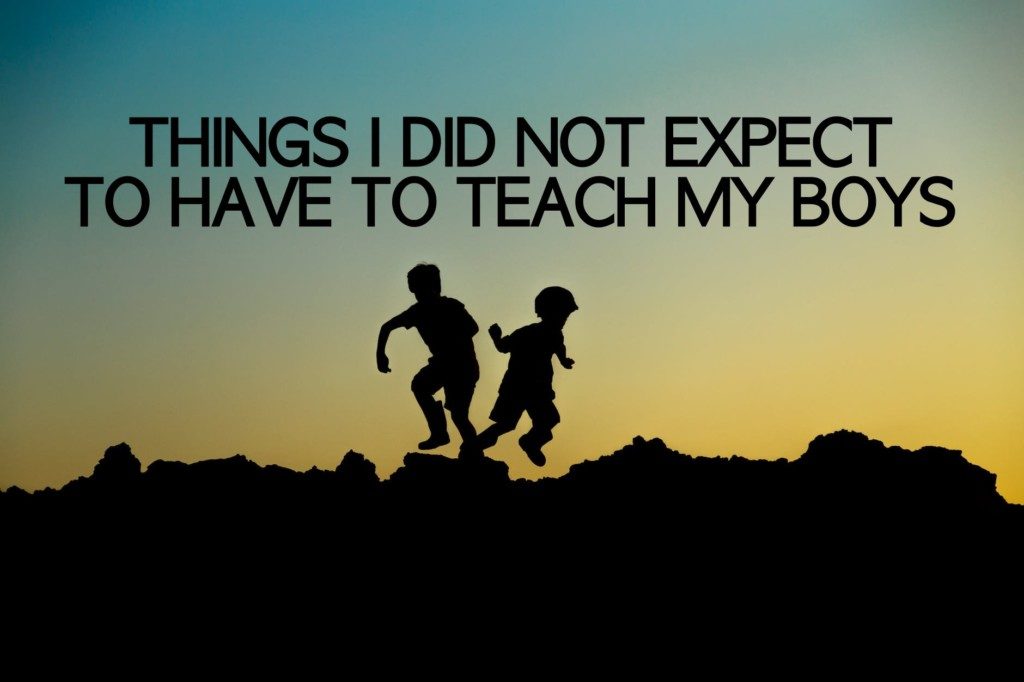 I am a mom of three, two boys and a girl. Raising boys was a completely new experience for me as I grew up with a sister, only babysat girls, and don’t even remember ever have anything to do with boy babies until 11 years ago.

What I’ve learned about boys is that they instinctively explore, make impulsive decisions, and live in an “act first, apologize later” mindset. At least mine do. Perhaps girls are the same, but by the time I had a #3 – a girl – nothing surprised me anymore.

I knew I would teach my boys how to be kind, pray, use their manners, wash behind their ears and even wipe their behinds. I expected that this would be part of the “How-to-be-a-Person Curriculum” so they can become functioning adults.

Here is my list of Things I Did Not Expect to Have to Teach My Boys:

1. Showering every day is normal. Also brushing your teeth twice a day and changing your underwear. 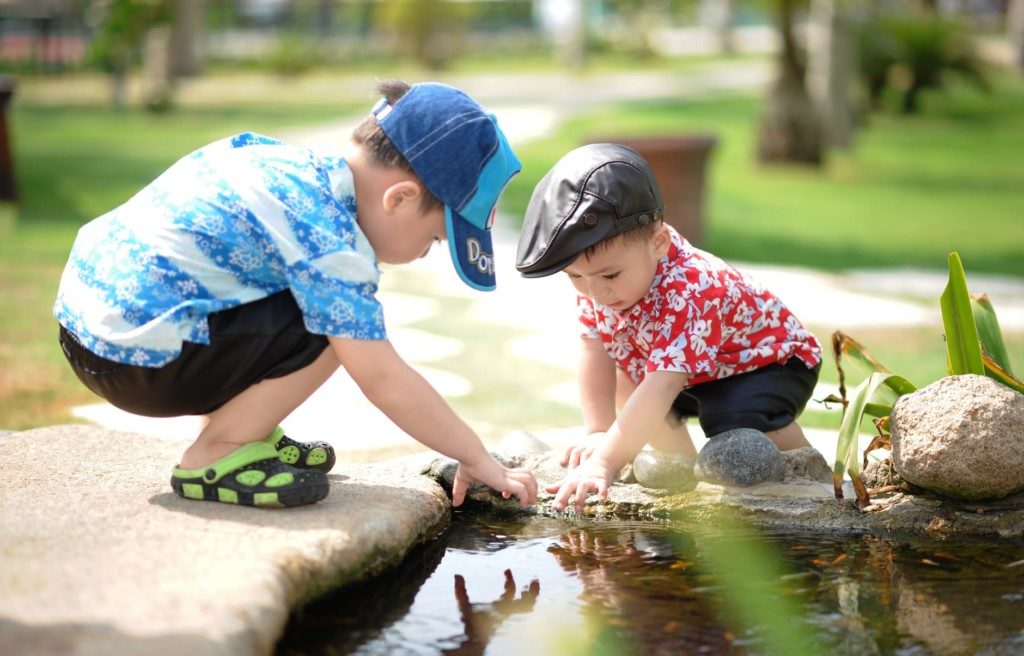 You are not the only person on this earth who is expected to do this.

2.5 Along the same lines: Pee alone. I know you like to cross streams and have pee fights with your brother, but no. Do not recruit company as you head to the bathroom.

3. Undress first, then get dressed. I assumed this was understood. Never did I ever think I would need to teach my 8-year old son that he would need to UNdress BEFORE getting dressed for the day. I discovered this after he was wearing 3 shirts and 2 shorts on day 3 of summer camp, the under clothes being his previous days’ attire.

4. Tampon applicators are not slide whistles. Snatched that sucker out of his hand right as he was about to proudly show it to our children’s minister at church.

5. Hold my hand when I hold your hand. When I take your hand and hold it in mine as we are walking, curl your fingers around my hand and give it a little squeeze instead of making your hand go limp. If your hand were wet, it’d feel like I was carrying a dead fish.

6. Don’t shoot mom. This includes Nerf guns, water guns, laser guns, invisible guns – I don’t even like the idea of toy guns in the house, so do yourself a favor and don’t shoot mom if you want to be able to keep the dang toy.

7. Just because you can, doesn’t mean you should … stand on it, break it, throw it, put it in the tub, 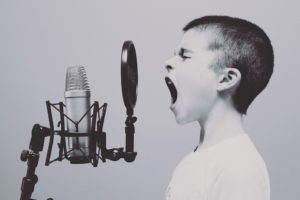 push the button, jump off of it, hang from it, climb it, write on it, pee on it, lick it, eat it, cut it with scissors, stick it up your or your brother’s nose/ear/mouth, etc. Basically, learn it’s intended use and just do that.

But then there are also those things that I never thought they would teach me: how to play with cars (you crash them), how to be rough and tumble, how to use the remote, how to let loose and go with the flow and how amazing little boys can be!

What are some things you did not expect you would have to teach your kids?