Privacy. Personal space. Dignity. These are just a few of the things that I have lost since becoming a mom. Many may argue, and I will agree, that I have gained much more by adding children to my family: love, joy, laughter, appreciation, and most importantly a sense of humor. The funny thing is that the loss of the before mentioned virtues goes hand in hand with all of the positives that I have gained. How is this possible you may ask? And then I ask you, when was the last time you spent some time with a child in the bathroom?

It is the most frequent question that my daughter asks, but oddly enough it is most frequently asked in the bathroom. This could be our private bathroom at home or a public restroom with strangers close by in the next stall just waiting to giggle with me. Because that is what I do, I giggle. It is absolutely the most honest curiosity you will ever encounter, but sometimes you do not want to explain certain things to your child in the Target bathroom. That being said, if you haven’t run across us in the Target bathroom I will go ahead and get you caught up on the deep thoughts of Mary Kathryn. 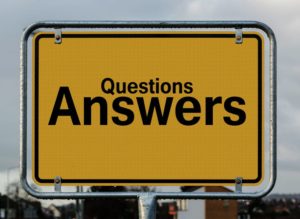 It seems silly to even ask this question in the bathroom, but eeehhhh she is three. I just look at her and ask her what she thinks it is, and spoiler alert, she gets it right every time! Ding ding ding, five points for Kat, now get out of the bathroom please. I swear, this child has the nose of a bloodhound; she is relentless and no one is safe from this one, not even the dog. So for your sake I hope that you 1. Have no shame or 2. Never have gas when you come to our house.

Are you following the trend yet? At this point just imagine the most horrifying thing you can think of, and she has asked it. A couple of months ago we were at Kart Ranch for a friends birthday party, and I had my then three and four year old in the handicap stall going to the bathroom. This seemed like the perfect time for me to pee for the first time in 8 hours. No brainer right? You are dead wrong. This was the first time in my daughter’s life that she chose to acknowledge the existence of tampons. Try talking that one down; once they picked up on the fact that I was about to DIE from embarrassment the questions and giggles did not stop rolling in until I threatened them in the softest version of my mean mommy voice.

Then sometimes she asks the question even though she knows the answer. 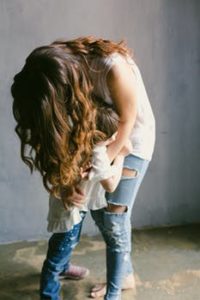 “Momma, what’s that in your nose? Hair?” Yes Mary Kathryn, all humans have hair in their nose and it serves a very important purpose. Now, if you would start brushing your teeth without a fight, I could release the chokehold I have you in and you would no longer have to look straight into my soul through my nostrils. Another day I was on my knees so I could brush her hair and she asked a “what’s that?” that sent me into an old lady panic. “Momma, what’s that? Why can I see so much of your skin through your hair?” Great, I am going bald at 34 years old. Clearly I need to change up my part to give the center of my scalp a break, even the three year old can tell.

I just got judged by a three year old

I cannot even begin to explain the disgust on my daughters face the first time she saw hair under my arms. If that doesn’t make you shave regularly, then I don’t know what will. Legit, she wouldn’t hug me for a week; I just got judged by a three year old.

So next time you can’t seem to get a spare second of privacy in the bathroom or anywhere for that matter, just sit back and listen to your kids, if nothing else you may be entertained.