I always get nauseous before speaking.

I always get headaches when I fly.

I always end up getting the raw end of the deal.

I always come in last place.

I always get there late.

I always get rejected.

Ahhhhh, the oppression of always.

The minute we attach always to a negative outcome, we train our brains to expect it. We lull ourselves into believing our past is our future. We make inevitable what is, until that moment, simply a projection.

The past will always “inform” the future.

To deny that is to deceive.

Yet, it need not “determine” the future.

The world of writing is a powerful example. Many of the most successful authors were rejected by publishers dozens (some, hundreds) of times, before getting a deal or having a breakout book.

Agatha Christie was rejected for five years before landing her first deal and going on to sell more than $2 billion of books. J.K. Rowling’s original Harry Potter manuscript was rejected a dozen times before being accepted by an editor at Bloomsbury, along with guidance that Rowling should keep her day job. Margaret Mitchell was rejected 38 times before selling Gone With the Wind. Walt Disney was fired from his newspaper job because he lacked imagination. Theodor Seuss Geisel, a/k/a Dr. Seuss, had his first book rejected by 27 publishers. 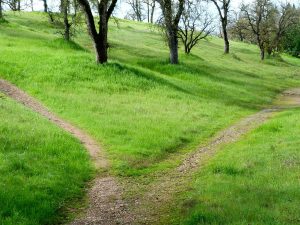 Had they stopped because the past was riddled with rejection and assumed that would “always” be the case, the world would not have benefited from these great works. And, they would’ve lived lives of profoundly stifled expression and potential.

Telling ourselves the story of “always + undesired outcome” wreaks havoc, not just on our ability to succeed, but on our lives. We begin to see failure and pain as a matter of fate. We stop believing a successful outcome is possible. That disbelief in possibility leads to inaction, which in turn seals the inevitability of our past becoming our future.

This is a concept that is all too familiar in my household. So much so that when I merely mention the possibility of a negative outcome, my sweet daughter looks me in the eyes and says, “Mom, can you NOT speak that into existence?!”

Yes, that goal we have may take a long time. Yes, we may get knocked to the ground a hundred times first. Yes, we may still struggle. Yes, other people may nail it on the first try, while we continue to get taken down. Yes, not getting what we want out of the gate sucks. Yes, we may still fail, no matter how many paths to success we try. 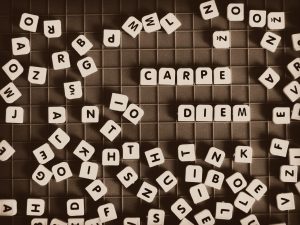 But, then again, we may not…

We dream of instant success, devoid of effort or struggle or denial. And, who could argue with the desire for a little more ease along the way? BUT, the truth is, all too often, success without effort is hollow.

It is the very fact that it didn’t come easily that instills triumph with meaning.

Still, none of this becomes real until we back away from the tyranny of always. Until we stop torturing ourselves with false-negative absolutes. Until we change always to not yet, or maybe. Or, what if? Until we crack open the window, even a smidgen, to possibility.

Words matter. Even the ones nobody hears but us. The ones uttered only in the cavernous reaches of our psyche. Especially those.

Time to step out from under the reign of the tyranny of always. To stand in a place of possibility.

Yes, our past will always inform our future. But it need not seal it.