I have a 9 year old that still wets the bed. I never imagined that this would be a problem that we would be handling. A problem that can be heartbreaking at times. It’s like a family secret.

Last summer he turned 9 and he was still wearing nighttime pull-ups. I almost feel embarrassed just to write those words. Seeing his little boy self, growing taller, older, more muscular, but stepping into that pull-up still hurt my heart. I decided last summer that I would rather change his sheets every night than to keep telling him to put that pull-up on.

My girls slept through the night dry at 3 years old. Never a problem. My two boys took longer to potty train and I was very patient. I knew the time would come when they were ready. My youngest boy was diaper free day and night when he was 4, but his older 6 year old brother, still needed that nighttime diaper. It didn’t really become an issue until he was invited out for his 1st sleepover.

His siblings knew he wore a nighttime pull-up and his grandparents knew, but there was acceptance and of course, no judging amongst his family, but letting his school peers in on this private issue was a big no-no for me. Kids can be mean. 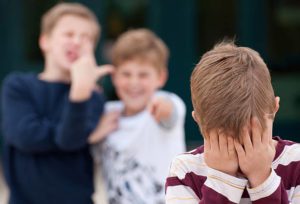 Kids tease and pass the word around. At the invitation for his first sleepover, I remember telling him at the age of 6, that he could go to the birthday party and change into his pj’s like everyone else, but that I would come pick him up at 9:00pm. He wanted so badly to sleep out with his friends and I very kindly had to point out to him that he wears a pull-up at night and that his friends probably don’t. He understood, but the disappointment hung in the air. Age 7 and age 8, still more invites to sleep out and he and I looking each other in the eye and deciding it’s best if we turn the invitation down. Nobody likes to miss out, but I have a protector’s heart. The thought of a friend finding out and spreading it around school that he wears a diaper at night, I just couldn’t subject him to it. I can’t tell you how many times I have said the words to my husband, “I feel so bad for him.” I even found myself at the grocery store hiding the big kid diapers at the bottom of my cart for fear of running into someone that knows us, which always happens. My boy is so loving. Big kid bed wetting is no joke.

At the age of 8, I took him to the pediatrician to see if there was something wrong with him. His urine was tested and came back fine, normal kidney function and all of that. We could put him on a medicine that involves a synthetic hormone or use an alarm that wakes him up throughout the night, but we were and are of the belief that it will just take time. It is usually a hereditary condition and children usually just grow out of it.

This school year at the beginning of his 3rd grade year, he had his best friend over for a playdate. They had been upstairs playing and talking. He came to the top of the stairs and yelled down, “Hey Mom! I told him my secret!” … “Which is??” … “I told him that I wear a nighttime pull-up and he said that he does too!!” I was a bit nervous about the sharing of this private information, but the pure joy in his voice, the huge smile on his face, the sharing of his secret and the knowledge that someone he thought was very cool, had the same secret as him … I felt so relieved for him. It was also nice to know that we weren’t alone.

I allowed him to go to his first sleepover just last weekend. He was so excited to be invited to a slumber party with a group of boys. I decided that I had to have faith that this wouldn’t be the night that he would have an accident. I instructed him that if he were to have an accident in his own sleeping bag, that it would be ok. “Just roll that sucker up, change into your day clothes and no one will know.” He made it through the sleepover successfully! I was so happy for him.

He is now 9 years 11 months old and still has accidents, but they are less frequent. I still have faith that his body will continue to mature and hopefully soon it will become a thing of the past. Parenting is a funny thing with all of its curve balls thrown at you, but I’m of the belief that most curve balls are a lesson in compassion that we may otherwise not have learned.