My husband was offered the opportunity to go on a business trip to DC the month he turned 30 and the same month our son turned two. We thought the timing could not be more perfect. I mean, does it get any better than DC in the fall? Recalling all of the blog posts I had read about traveling the World and giving your children experiences rather than toys for birthdays and Christmas, we jumped at the idea. We even extended our trip to visit family on the back end.

So, I began my research. 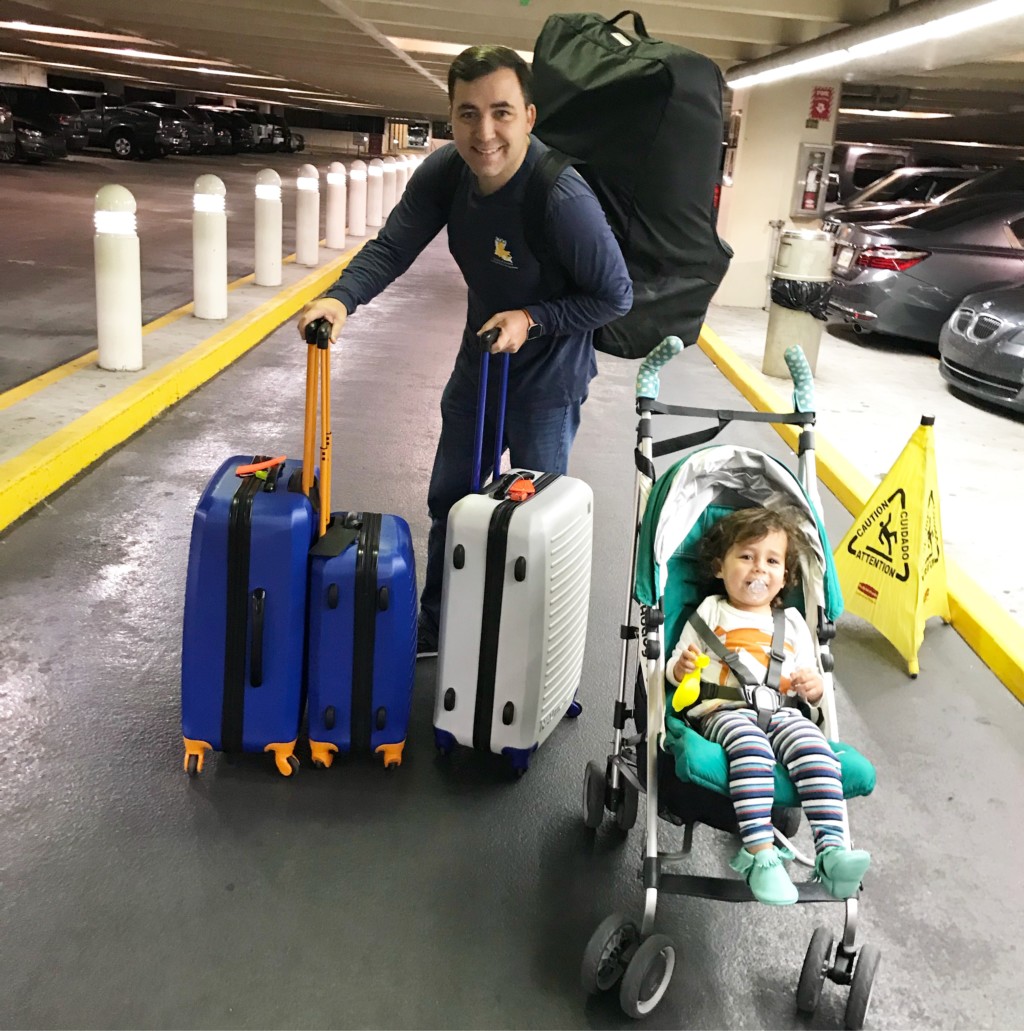 My husband would be in the conference from 8:30am-5:30pm everyday. This meant that I would be riding solo with my almost two-year-old in the city for three days for roughly nine hours. Wait, why did I agree to this again? ha! BUT, Uber promised to save my day.

I would be able to order an uber from anywhere in the city and guess what? I could request a car seat. I thought we had it made. We would do the National Zoo one day, the National Museum of American History and the National Building Museum another because of their kid-friendly zones. The last day of the conference, which kindly let out at 3:00pm instead of 5:30pm, we would conquer either the Nation’s Capitol or Arlington Cemetery.

I had this, right?

I have done my carseat research. Heck, I started researching carseats and strollers before I was even close to pregnant with my first. I know the statistics on forward-facing versus rear-facing for toddlers. We do not need to have that debate, though. If you are reading this, you are likely well-informed and have made those decisions for yourself and what is best for your family.

So, when it came time for me to order my first Uber with toddler in tow, I was not totally clueless. I knew that the carseats provided by Uber would likely be forward-facing seats. I knew that they would not have the safety ratings of our Nuna Rava that we had lugged onto the airplane.

But, surely the carseat that Uber provided would be sufficiently safe (whatever that means).

As confident as Rosie the Riviter, we said our goodbyes to my husband on his first day of the conference, and I paid the extra $15 (for a total of $22) to catch our UberX with Carseat for the 1.6 miles from our hotel to the National Zoo, with a travel time of 12 minutes. The Uber driver showed up and installed the carseat for me. It was less than I had hoped for. It was, indeed, a forward-facing seat. But it was more like a booster than a convertible carseat. But just 1.6 miles, right? I loaded up my toddler and we took off. The whole time I questioned my decision as a mother and told myself that we should have just walked. But the problem was that the drive included a trip through a tunnel. And, have you seen a map of the National Zoo? I intended to stay the whole day there. How was I going to manage the almost two mile walk there, the walk through the zoo, and the walk back with toddler stroller in tow? But we made it all in one piece. I would not have to worry about the carseat issue for a couple of hours. The National Zoo is incredible, by the way. Clearly, my Max felt right at home. 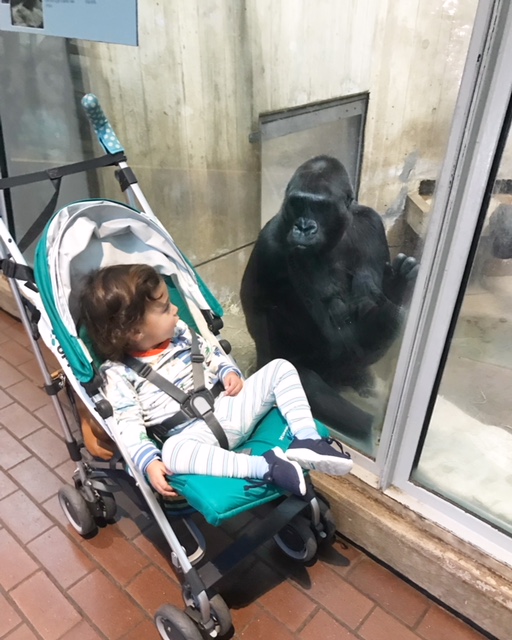 We finished our walk around the zoo and I am sure we missed stuff. The place is HUGE. I was exhausted and relieved we had taken an Uber. I booked our return and again paid the extra $15 for an UberX with carseat. This time, the Uber driver showed up with a legitimate booster seat. This was not anything like a convertible carseat. It did not have a back to it. Tears welled up in my eyes. I was not at all comfortable putting my pride and joy in that seat. And in hindsight, I should have refused the Uber. I should have refused the Uber and requested another. But my mama brain did not compute that at the time. I put my toddler in the seat, laid across his little body (like that would do anything), and prayed fiercely. When we arrived back at the hotel, I quickly unbuckled Max from the seat and kissed him like a sailor kissing the ground.

I was so relieved. I was so disappointed in myself. I was so mad at Uber. I was so worried about the rest of our trip.

Yes, we should have walked. Yes, I should have refused the Uber. And I will promise you, we did not take another UberX with “Carseat” for the rest of the trip. My Apple Watch thinks it has been stolen because of all the steps we logged instead of taking Ubers. But, we did not see everything we were supposed to because we spent a good portion of our trip walking. I also lost my inner Rosie the Riviter. And for all of that, I blame Uber. You cannot offer a carseat that is not a carseat. You cannot charge an additional fee when you will not provide what you promise, Uber. Should Uber include a picture of the seat promised in the listing? I am not sure. But I do know that you should not rely on Uber for your travel needs with toddler in tow.

Learn from my mistakes. And buy some new walking shoes.