We are thrilled to introduce our community to FIVE new members of the Lafayette Moms Blog team. Each one is a dynamic, warm and inspiring Acadiana mom, and we can’t wait for you all to get to know them both online and in person at any of our upcoming events. We are humbled and honored to have these women join our team. 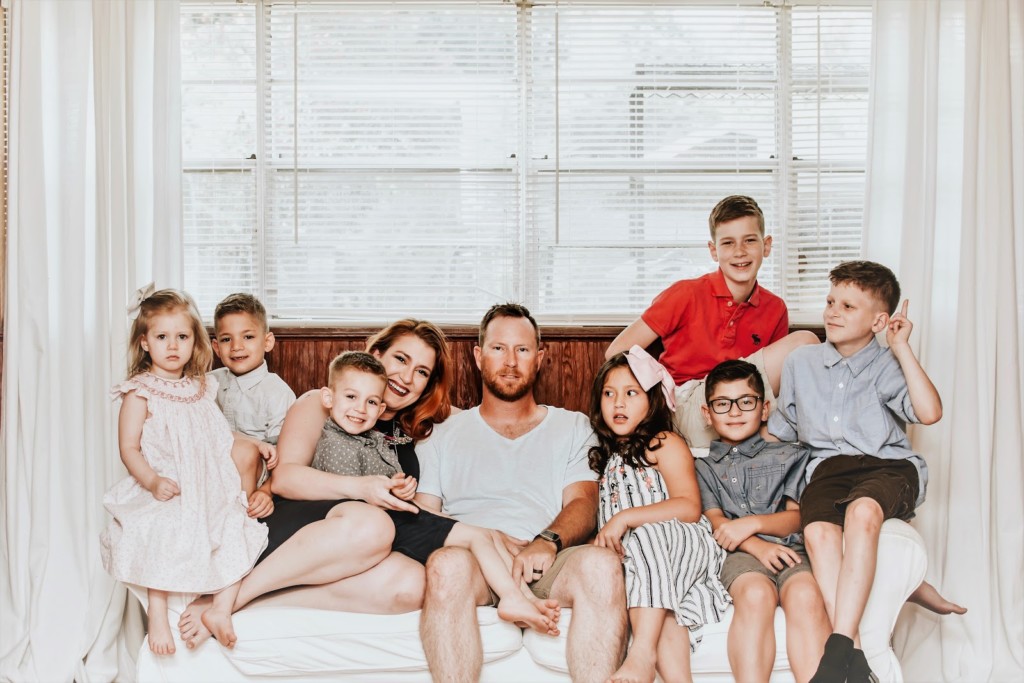 Her last meal in Lafayette would be: Cafe Vermillion’s Steak Louis XIII … Pair this with the Créme Brulée or the Mocha Macadamia Nut Cheesecake and I would be ready to go to that Maison Grand in the sky!

Her favorite snowball flavor: When I’m in the mood for a snowball I head back towards ‘home’ and stop in Breaux Bridge at the
Big Chill for a Strawberry Colada w/cream on top. YUMMY!

She believes the best king cakes are found: And when I’m craving king cake, I take a less traditional approach and INDULGE in a King Cake Cheesecake from Indulge at Parc Lafayette.

During ULL games, you’ll find her:Being married to a LA Tech Bulldog, and as a former LSU Tiger myself, this will be the first year that
we plan to be active UL fans. It started with some of UL’s Lagniappe Tae Kwon Do classes once a week as our date nights for a few months, and has continued to developed now that we’ve moved into the Oil Center near to campus. We look forward to Ragin’ Cajun children and tailgating for our new home team this season.

Raising kids in Lafayette means giving them a sense of community you don’t find many other places in America. Even in the city we feel a sense of small town fellowship. The culture here is rich with equal parts heritage, innovation, and arts of all kinds. It feels like a place where we can grow their branches as far and wide as we grow their roots. 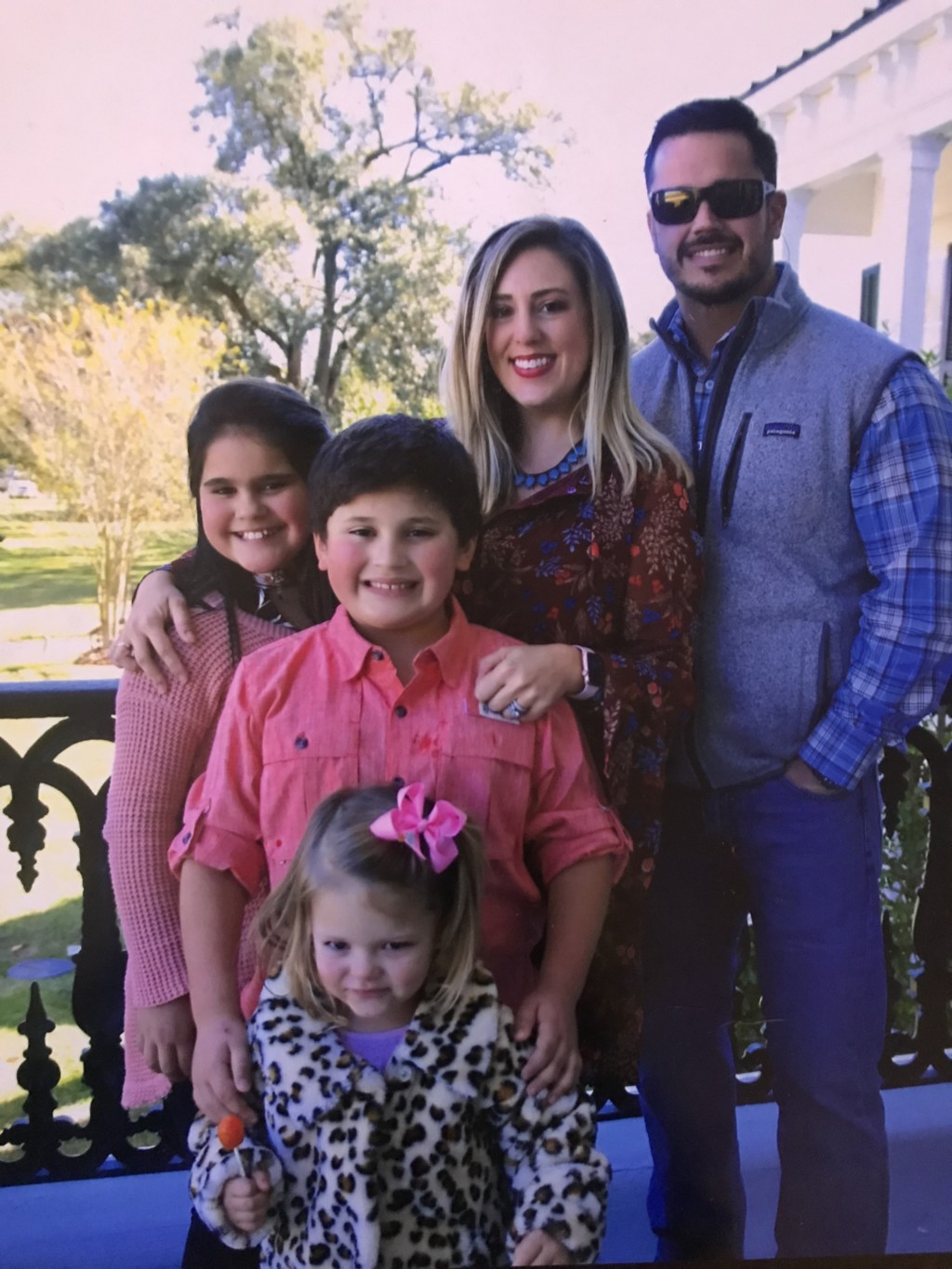 Originally from: Plaquemine, LA – a small town across the river from Baton Rouge

Her last meal in Lafayette would be :: sweet baby breesus at the French Press!

Her favorite snowball flavor: nectar!! When I was pregnant with Shelby I always got half nectar half coconut. Weird but so good!

She believes the best king cakes are found: at Meche’s!!

During ULL games, you’ll find her: at the party with the best food and drink, or at home cooking a feast for guests!

Raising kids in Lafayette is: always an adventure. We’re living in a Cajun wonderland. 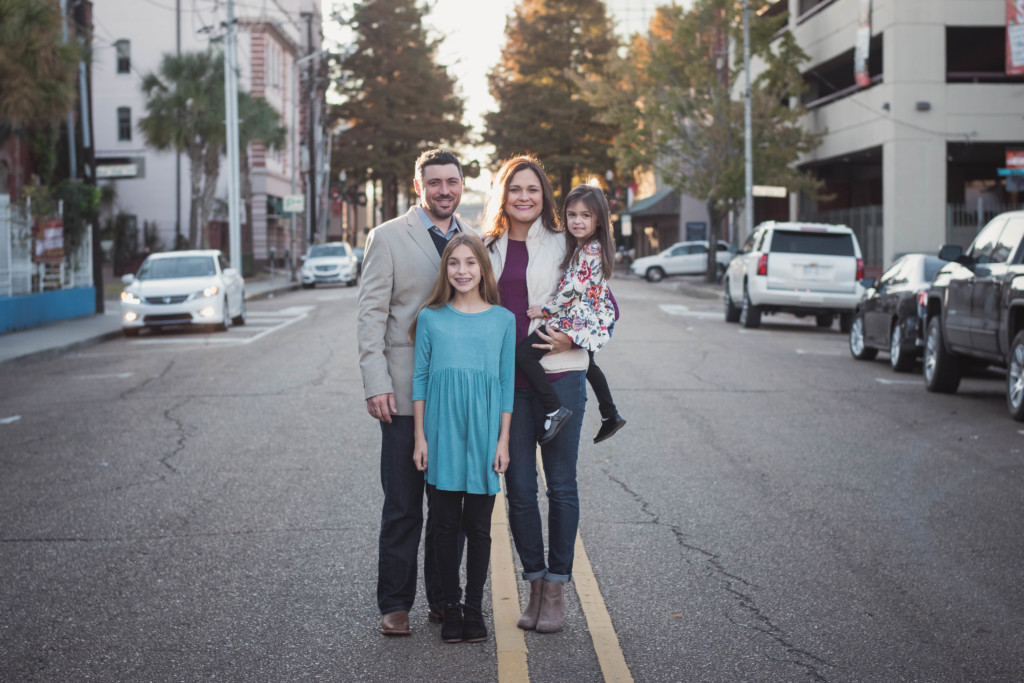 Her last meal in Lafayette would be: fried green tomatoes and mac and cheese with a Bee Old Fashioned at Social. #eatallthecarbs

She believes the best king cakes are found: Poupart’s!

During ULL games, you’ll find her:  tailgating with friends and family before and cheering form section D2 during the game.

Raising kids in Lafayette is: THE BEST! We love everything about our city which is why we proudly call it home. 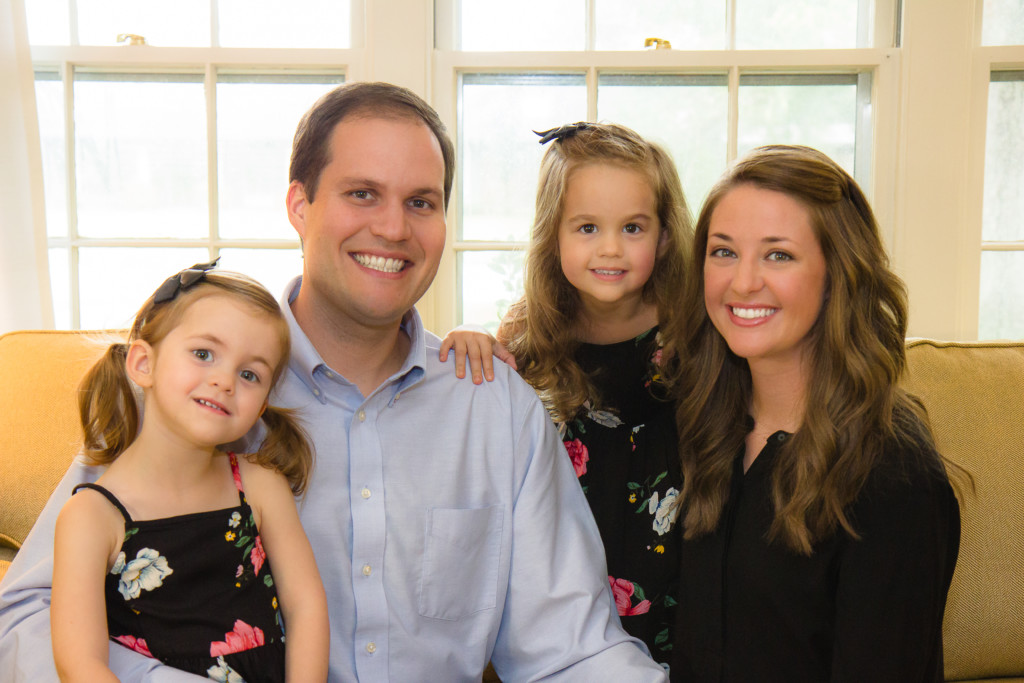 Originally from: Houma for about 7 years after getting married, but Lafayette is where I’ve called home since I was 4.

Her last meal in Lafayette would be: a fried boudin ball from Billy’s in Scott

During ULL games, you’ll find her:  supporting my alma mater by wearing red, but you likely won’t find me watching the game … I’m not much of a football fan.

Raising kids in Lafayette is: busy and fun! There is so much to do here for kids and families, and there is never an opportunity to be bored! I also love raising my kids near their grandparents! 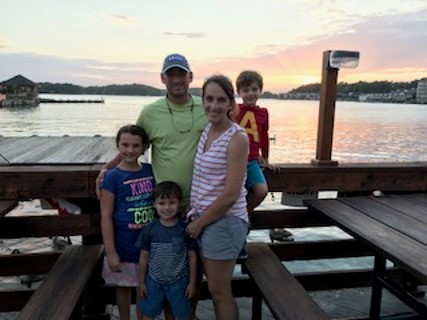 Originally from: Rayne aka The Frog Capital of the World!

Her last meal in Lafayette would be: cold beer, fresh from the taproom at Parish Brewery, a burger from Twins, curly-q fries from Hub City Diner and white chocolate bread pudding from Cafe Vermillionville!

During ULL games, you’ll find her:  in the stands! She’ll be the one in red with all three kids squeezing themselves on to her lap; at least until the Cajuns score! (And the aforementioned husband? He’s holding my drink, lost in the game.)

Raising kids in Lafayette is: not something I know anything about! We made the easy decision to raise our kiddos in Rayne, and love everything about it.  We have the convenience of Lafayette only 20 minutes away but things are a little simpler and a little slower here. You should definitely come check it out … I’ll take you to Gautreaux’s! We’ll have king cake!