No, this post is not about the book. In fact, it’s still on my ‘to-be-read’ list. This post is literally about washing my face (and maybe a little bit more.)

I’ve been blessed with an average complexion for most of my life but, for some reason, things started to slip in my 30s. Maybe it was years of built-up post-partum hormones, or a frantic young-family diet, or stress, or who knows what… but my complexion was worse at 32 then it was at 16. I complained to my dearly devoted hairdresser every time I was in her chair. After all, she’s an expert on all things girly and is a helluva listener. So, she said it a few times and one day, it clicked … I should listen. (To clarify, she meant twice a day, not altogether. I’m no animal.)

Allow me to backtrack. I have an older sister, so growing up, without question, I did what I saw her do. This meant, among other things, washing her face right when she woke up, and again before bed. I continued the habit until the moment I described above. You see, without getting into the nitty-gritty details of it all… I have an oily complexion, and never in my life did I allow that to factor into the equations. In fact, at times in the not-too-distant past, I doubled down and washed it more often, making EVERYTHING worse. My misguided attempts to fix the problem were making things far more complicated than they ever needed to be. 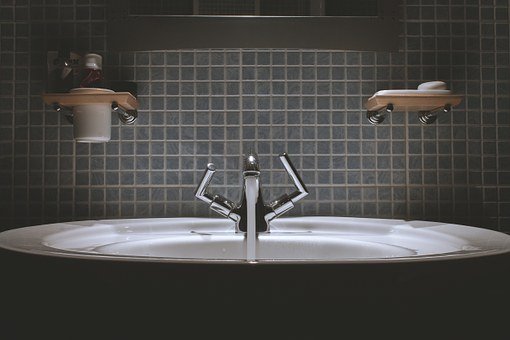 How’s that for a revelation? And if it’s true about something as simple as my skincare regimen, in what other areas am I getting in my own way? It was so strange and uncomfortable to stop washing my face immediately after waking in the morning. Talk about outside of my comfort zone, it actually took weeks to get accustomed to it. But I did, and my skin loved it.

So yes, I’m about to make a strange but significant correlation here, and because you’ve stuck with me this far, I’m hoping you’ll finish the post … How often, as a woman, wife and mother am I just getting in my way? Really, what if I stop complicating things? Because I do, I complicate like it’s my J-O-B, for myself and everyone around me, always with the best of helpful intentions. (Something tells me I’m not the only wife / woman / momma who struggles with this either.) Worst case scenario, things will stall and I’ll recognize that my role is necessary. But if they don’t? Then I wasn’t really helping in the first place, not to mention, less stress, and of course fewer breakouts. And really, who doesn’t want less of both in their life?

Disclaimer: I’m not advocating any particular face-washing-skin-care regimen, you do you … I’m just talking to my friends. Also, you have permission, from this point forward, to call me out when I’m complicating things. I might agree, I might not, who knows? I’m a work in progress.