I know.  You’re likely thinking that I’m crazy, but bear with me and I’ll explain.  I need to share a lighthearted post with ya’ll.

For those of us that were children of the eighties, we were likely exposed to the movie, The Gremlins, at some point in our childhood, whether it was in a theatre or later on VHS. For me, it was 1984 and likely late summer. I was a seven-year-old that had been BEGGING my poor mama to take me to see the movie. I mean, c’mon, Gizmo was SO cute! Anyhoo . . . My sister was five and my brother was newly four. My dad was working, but I remember us going to the theater to meet my mom’s sister and our cousins for an evening show. Looking back, I’m thinking “What was mom thinking taking a bunch of kids to a 7 pm show!” but hey – the 80’s, right? And now I know that sometimes a mama just has to Get. Out. Of. The. House!  Little did my seven-year-old self know that my mama was preparing me for motherhood.

This cute little furry Mogwai is purchased by Billy’s dad from a shopkeeper’s grandson in Chinatown. There were 3 rules to keeping a Mogwai as a pet: 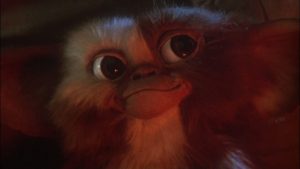 Fast forward 30 years to my 37-year-old self that had just become a mother to not one, but two babies. Twins run deep in my family and I hit the jackpot. My new mama worry was in hyperdrive.

Gremlin Lesson Number 1 – Keep them away from light

My son was born with a cataract in one eye and was very sensitive to sunlight. Our doctor told us to put sunglasses on him if we were in the car for long rides or outside because the light would cause the cataract to change and grow quicker. Ok, we’ve got this. Sunglasses for both kids, lots of sunscreen, in the shade when we can be. We’ve absolutely got this. 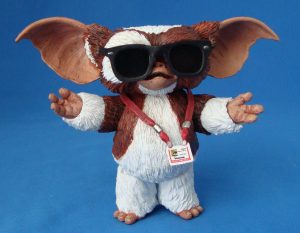 Gremlin Lesson Number 2 – Keep them away from water

So our kids LOVED the water. Loved baths, the swimming pool, all of that. So much so that once they started toddling, we were nervous that they would run TO water. Again, we were really vigilant with keeping them safe around lakes, ponds, and pools that we visited. And bathing suits coupled with super precious sunglasses – SO CUTE.

Now all of us mamas know that you gotta feed the babes and early on they eat around the clock. This lesson applies to stages that follow that. I can remember one night when my daughter got off of her schedule and woke up during the night. Nothing would comfort her but milk, so we fed her, and then the next 3 hours were pure hell. (Did you know that Mogwai means “devil” in Cantonese?)  She cried she screamed, she wailed, fits where she gasped for air because she was crying so hard. We tried everything to calm her down. Finally, after an after-midnight run to the pharmacy to buy every gas and colic medicine we could find, we found something that settled her poor tummy. Our best guess was that her tummy was upset to start with and the feeding just made everything way worse. 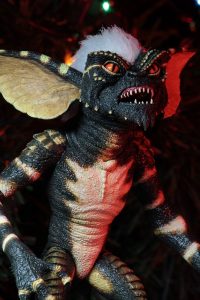 There was a bonus lesson that I learned from that family movie adventure – kids will say the darnedest things at the most inopportune times. For those of you that have seen the movie, one of the final scenes is when Spike heads over to the Montgomery Ward after the theatre fire and he runs into the fountain in hopes of spawning new gremlins, my little brother yelled out in our crowded theater “Mommy! Look at all da boobies!” as Spike’s flesh bubbled up to form his spawn. My mother clasped her hand over his mouth, but it was too late. The theater erupted into laughter. I think that was my first memory of being embarrassed and looking back, I’m glad it happened. My sister and I learned a lot that night and we often laugh about how our kids could have been extras in that movie.

Knowing that this was written in jest, what event from your childhood helped to “prepare” you for motherhood? What embarrassing things have your kids done in public?  I look forward to reading your responses in the comments.  Let’s spread some smiles.