When my first child had her 9-month checkup, she was behind on a few milestones. Our pediatrician said it was probably nothing, but suggested we do a little physical therapy to help her motor skills along.

I thought he was being ridiculous. I was certain I would walk into that clinic and have the staff scoff at me, wondering why in the world my child had been referred there.

The next week, when the physical therapist finished her evaluation, she looked at me and said, “She has low muscle tone and a motor delay. Tell your pediatrician, good catch.”

The next few days are a blur. What was wrong? Why? Had I done something wrong? How could I fix it? The PT suggested a few things we could work on at home. Within 24 hours my living room looked like a five-star physical therapy office. I was going to fix this fast and move out of the therapy world.

Physically she improved quickly. But it didn’t take long for other delays to show up, most notably speech. Around 18 months we started speech therapy twice a week. I put her in a Mother’s Day out program to interact with kids her age. I bought every speech video, game, book and toy that existed. Things were going to turn around.

One year later, she hadn’t improved very much. She had a few words but was nowhere near where she should have been. At that time, we upped her therapy to three times a week and added Occupational Therapy. AND, we had added a new baby girl to the mix. We also still had no official diagnosis so we made an appointment with a neurologist in Baton Rouge. After a thorough exam, the doctor told us she was confident it was a Receptive / Expressive Language Disorder. In other words, not only did my child have no idea what people were saying to her, but she also couldn’t manage to put her thoughts into words. She went on to tell me all the things she would struggle with in the future. None of them were fun to hear but the one that stung the most was “peer relationships.” Friends. She would struggle to make friends. She would want friends, want to interact, want to play, but she would struggle to find the words to do so. It was heartbreaking to think about.

With little to no emotion, she flatly answered, “Speech therapy six times a week, one of those at a specialty clinic in Baton Rouge. More Occupational and add Physical because it will help with language development. The younger she is, the more effective it will be so start now. See you in six months.” Apparently, this neurologist was not exactly of the warm and fuzzy variety.

After a “how in holy hell am I going to manage this?!” meltdown, I pulled myself together and did what any good mother would do. I went to Target. I bought a giant desk calendar, whiteboard calendars, post-its, everything the office aisle had to offer. After a million phone calls, more testing, a few mountains of paperwork, and a whole lot of assertiveness, I had it all in place. Nine therapy sessions per week in total. Before you start thinking I was pushing too hard, let me be clear that the FIRST thing I said to every doctor or therapist was that I wanted her to be a kid. Her job was to have fun and grow. It was my job to make sure she was given the help she needed.

And so, we started the grueling routine.

I was constantly in my car with two babies. Every Friday I drove to Baton Rouge (an hour and a half each way) with my girls in tow. We did swim therapy in the summer, yoga for kids, group speech, private speech, speech in school, speech at home, handwriting camp, playdates, sensory play, and more.  She played soccer, enrolled in dance, took art classes. Anything I felt would help her developmentally and still be fun, we did.

As I’m sure any mom in the therapy world can tell you, there were many moments when I wondered if it was even working. Countless days I held my breath as a clinician recapped her latest therapy session for me, afraid to hear what new problem was discovered. It felt like for every step forward there was another mountain to climb.  She could run but not jump. She could form sentences but they sounded awkward. She could talk to adults who were patient enough to listen, but she was not able to communicate on the same level as her peers. 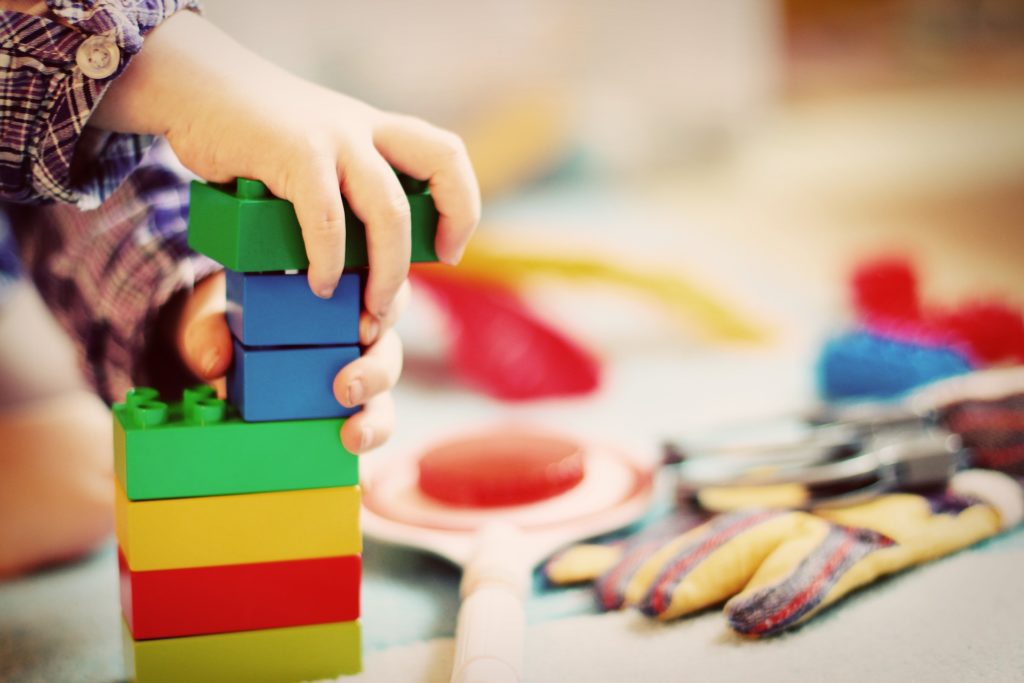 A few years passed and slowly she started to catch up. She started school in full-time Pre-K and had no problems academically. She was ahead in that area. We were doing well.

However, not long into the school year, her teacher confirmed what the neurologist had warned of, she struggled to play. She would happily approach friends but quickly realize she couldn’t keep up. She just couldn’t talk or listen as fast as the other kids which often resulted in her playing alone. We adjusted her therapy as best we could and pressed on. By this time, we now had a third child in our family and I was more than exhausted. Exhausted from years of hard work for all of us, years of giving my everything to help my child in any way I could. And here we were, facing the moment I wanted so badly to avoid. I felt defeated.

I picked her up from school. She excitedly climbed in the car and said “Mom, Mary{not her real name} asked me to go to the cookie store with her and her mom after school! Can we please go?” I hesitantly texted the mom to confirm we were actually invited and sure enough, they had made this little plan in the car line. We met at the cookie store and my daughter and her friend ate cookies and ice cream. They played and giggled as young friends do. I watched her smile and be silly. I listened as they discussed their favorite princesses. My heart nearly exploded. After loading up the car to go home, I just sat. She made a new friend all on her own. She was able to play and talk and express her little thoughts to another child without any help.

That day, in my minivan filled with my three ice cream covered kids and a bag full of leftover cookies, I cried my eyes out. I cried tears of gratefulness because this moment was a gift we had all waited so long for. I cried tears of pride because she had accomplished so much in her young life. I cried tears of joy because I finally knew that it was all worth it.

So, to all my fellow therapy moms out there, keep at it. Stay the course. I know the hurt, the fear, the exhaustion, the days of defeat. But keep going and one day, it will click. Every child may be different but one moment that you are waiting for, one moment that your mama heart so desperately needs to see WILL come. And what a precious moment it will be.