It all started innocently enough.

My husband found a great deal on a used PlayStation. He knew how much my 5 year old enjoyed playing video games on his tablet, so he grabbed it thinking it would be something that they could enjoy together. He found a Spiderman game and voila! The child was in love.

I started noticing an uptick in oppositional behavior and a complete inability to detach himself from the gaming system. I would tell him “15 more minutes” and even set a timer. Still, he would melt down when it was time to turn it off. I’m talking colossal fits; the kind where you are chasing the child from room to room and are unable to get a word in edgewise. 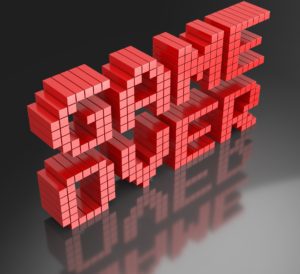 Initially, I was so angry that I nearly grabbed each game disc and scratched it with my keys. I woke up at 5am before everyone else and picked up the PlayStation, examining it with a magnifying glass to see if there was a wire I could cut to make it non-operational. I was feeling very MacGyver that morning.

Eventually, I settled for slightly unplugging it and placing it back where it originally sat.

My child woke up and went to turn on the game. It wouldn’t turn on. As I filled with glee at my electronic genius, he panicked and said “Mom, my game won’t work! I need you to fix it.” I’m ashamed to say that I flushed all of my feminist training down the toilet, batted my eyes at him and said, “I don’t know anything about fixing that kind of stuff sweetheart, your dad will have to help you with that.” I full well knew that my husband would be working 12 hour shifts for the next 2 days, leaving before my son woke up and coming home right at bedtime. 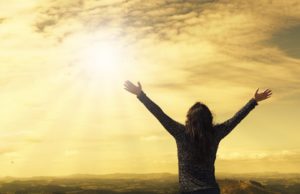 2 blissful days of peace! I think I even did a celebratory jig in the back yard.

I did eventually text my husband that I “broke” the playstation and if he knew what was good for him, he would not “fix” it until I gave him the go ahead.

Here’s what happened during the great video game detox of 2019:

So, did the PlayStation stay broken?

I’d like to say yes, but after our 3 day detox, my husband wore me down and I expertly plugged the thing back in. But, we’re slowly working towards a more healthy relationship with video game systems – making small changes where we can. Below, I’m including links to several articles that I have found helpful in learning how video games impact my child and how to have a gaming system in our home in a peaceful and healthy way.

The Argument for Playing Video Games with Our Children

9 Benefits of Video Games for Your Child

This is Your Child’s Brain on Video Games

What suggestions do you have for healthy video game use in the home? Leave them in the comments!