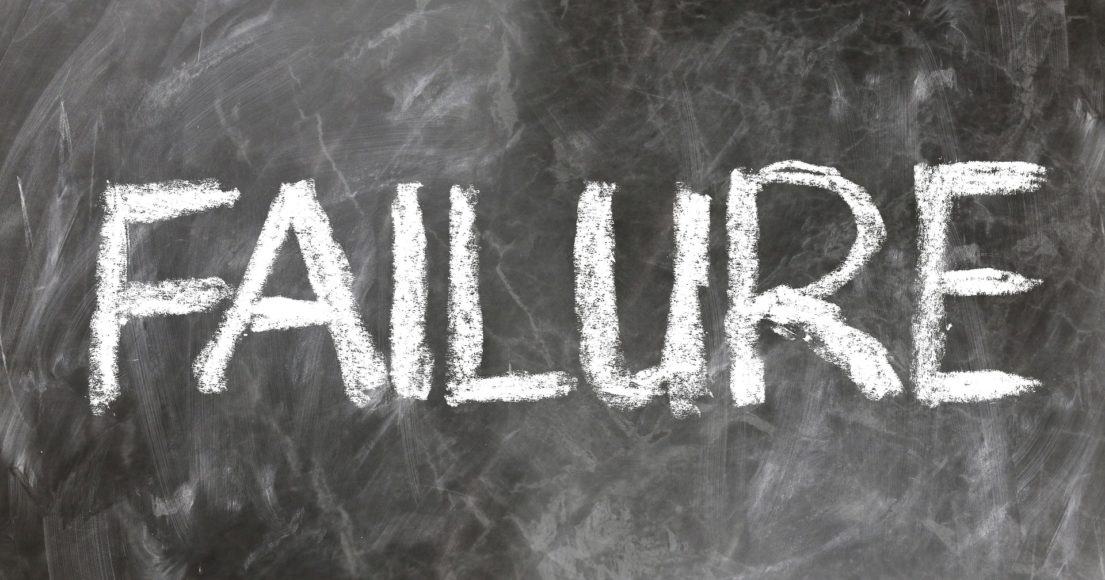 It was just one of those months. Everything seemed to be slipping through my fingers.

I forgot every single dress up day at school. Some I remembered on the way to school, in just enough time to make myself feel terrible because I had to explain to my 5 year old why everyone else had a 50’s costume on except him. Some, I never remembered at all.

We had pizza and frozen nuggets for dinner more times than I can count.

We never made it to the pumpkin patch. Heck, we didn’t carve a pumpkin at all.

I just didn’t have it in me this October.

We are lucky that we have clean underwear and weren’t bathing by the light of the moon with the hose.

To say that I have been overwhelmed by the month of October is an understatement. It seemed as if the school, home, and work obligations just rose and rose while my energy and focus just dipped and dipped.

At least I think I am. Thank you Lord for the app I downloaded or else I’d have no idea how far along because even thinking of that right now makes me break out into hives. 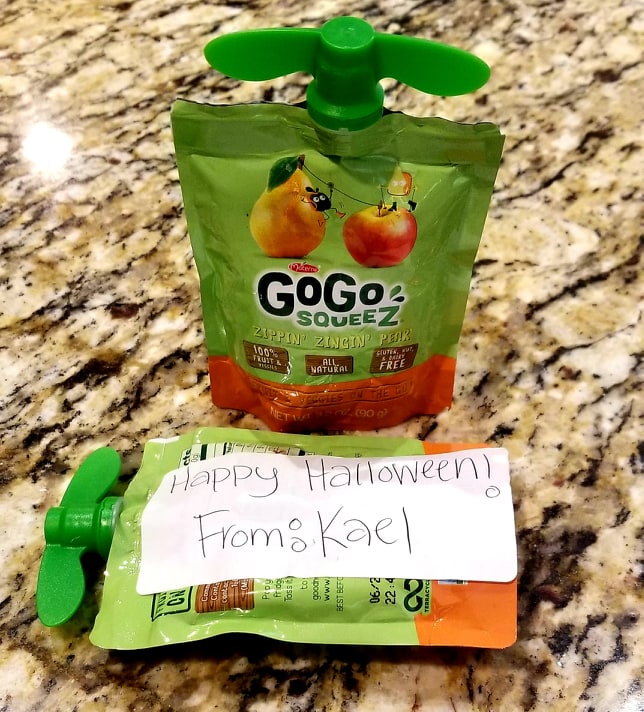 On October 31st, I sat in my car in the front of school. At approximately 9:32 am, almost 2 hours after school had started, I furiously hand wrote “Happy Halloween! From: Kael” on plain white labels. I then began sticking them on GoGo Squeeze because I had, of course, forgotten that I was supposed to send a treat for the Halloween party. Wouldn’t you know it? All the good Halloween swag was gone from the stores by the morning of Halloween. Shocking.

I had also just failed my glucose test. Me, the girl that preaches about veggie filled meals, I FAILED.

In addition, it was “book character day,” because according to the public school system, one costume per day is not enough. I entertained the idea of making a Pete the Cat costume, but I was called out for work the night before. Alas, my 2-3 hours of free time that I had blocked off for making the cool cat costume were gone. So, I sent my child in a Scooby Doo costume … Scooby is in a book somewhere, right? Because of my love of books, this in particular felt like the biggest failure of the month.

I felt like an absolute #momfail. Like big time. Maybe it doesn’t seem like a big deal, but I pride myself on being prepared and creative.

And this. This is not what I expect of myself.

As I was toiling over 24 freaking labels with the one pen that I could find under the seat of my car, a dear friend of mine walked by my car to say hi.

When she saw what I was doing she said, “You don’t have to do all that!” What she meant was that the stupid labels didn’t matter. Even the snack didn’t matter that much. I could have just dropped off the box with my kid’s name scrawled on the front and he wouldn’t have cared. Heck, he probably wouldn’t have realized it if I never brought something at all (well, that’s probably a lie, he is big into passing things out right now).

It had never even occurred to me.

You don’t have to do all that.

The dress up days, the dollar donations, the special snacks, the cucumbers cut into freaking stars (I know, I’m bordering on the insane), the handmade costumes, the beautiful meals … I don’t have to do all that.

Sure, I can do some of it. But, sometimes, as my favorite book The Four Agreements says, my best will be different from day to day.

The special shirt days? He has no recollection of what I’m talking about.

Screen time? I was the coolest mom in the world. And, a majority of that screen time was in front of ABC Mouse so … education!

The dinners? Again, he has no recollection and continues to grow at a rapid pace that makes me struggle to find pants that fit him. He is clearly getting his nutrition.

The Halloween snack? He was stoked he got to pass something out. It could have been toilet paper for all he cares! Oh, and this is Kindergarten in early November. Their reading is limited to short words, so my labels were lost on them completely. 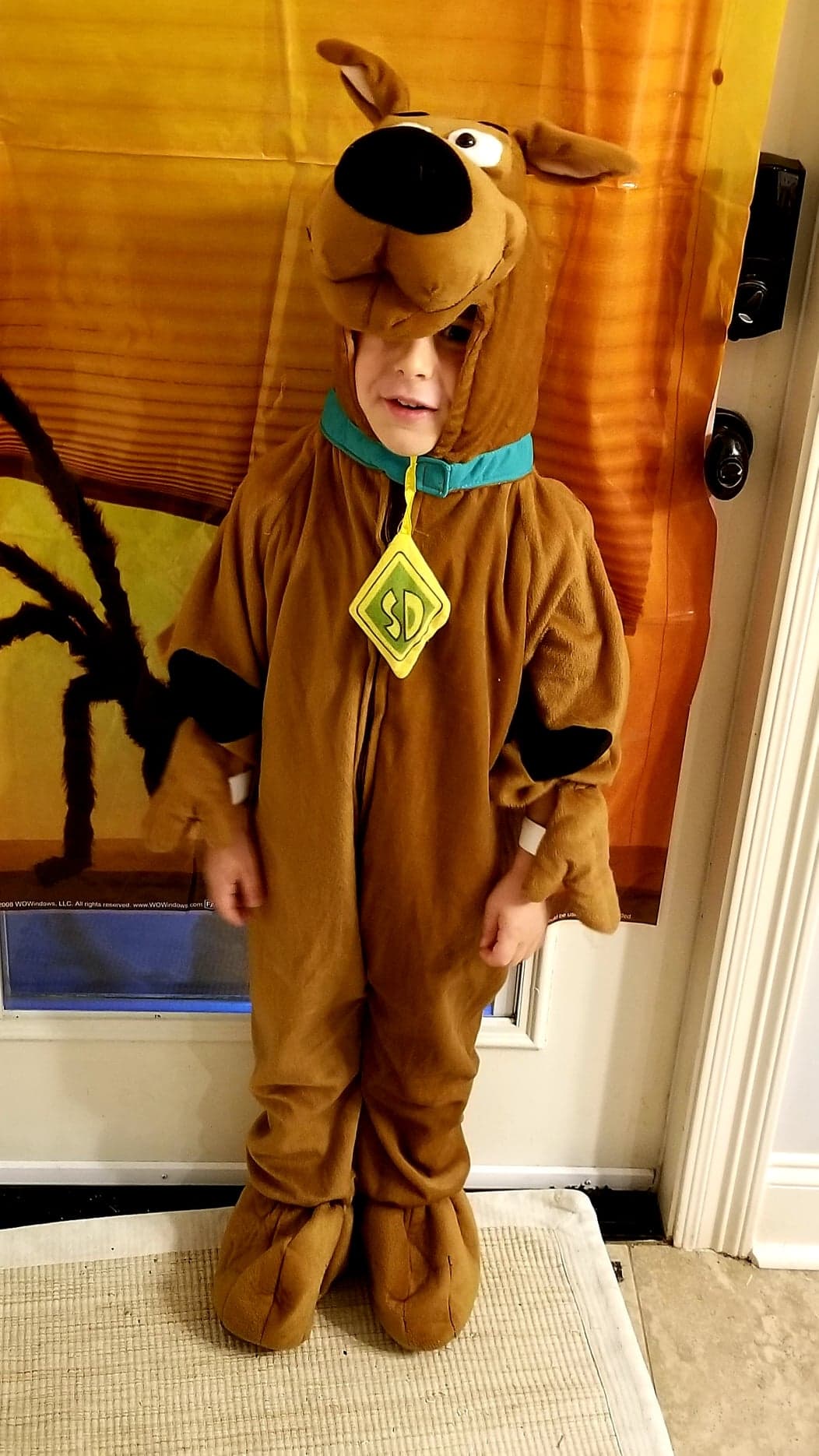 The costume days? He again has no recollection of not being in costume or in the appropriate colored shirt for the majority of those days. He did say, however, that Scooby-Doo was the most popular book character in the class. And, a pretty darn cute one if I do say so myself.

So, if I don’t have to do all this and he barely noticed that I did, perhaps I need to give myself some grace and just let go of #momfailOctober.

I’m letting go of expectations and rooting for a #givemomabreakNovember and I hope you do too.

Just remember, “You don’t have to do all that!”