5 years ago, I left a successful career in fundraising to raise a family. It’s definitely not something I originally planned to do, but ain’t that always how life goes?

Then again, if you would have told 25-year-old me that I would one day be running a business centered around physical fitness and children, I would have laughed my IUD out.

I would be lying if I said I didn’t miss that part of my life tremendously.

I look back on my ‘go-getter’ days of donor visits and pledges with extreme fondness. Before I took my current position as lead snack provider, I was a force to be reckoned with. I don’t mean to toot my own horn, but I was really good at my job. Like, scary good. And I still hold the company record to prove it.

Unlike in the world of parenting, I felt successful in the majority of my efforts and decisions. Nowadays, failure is part of my everyday routine. In fact, just today I utterly failed in my motherly duties by handing my daughter a banana *GASP* without its peel. It’s true. I’m a monster.

I know I sound like that guy from your high school who is still bragging about being crowned prom king (you know the one), but my career days WERE my glory days. To be honest, they still are.

Much to my delight, I received an email last week from my former boss asking if anyone was up for a virtual happy hour. If you’re an extrovert like me, Zoom happy hours have been scheduled almost daily. As fast as my fingers could type, and while also wiping a bottom, I replied, “HECK.YES. I am so in!” A call with all of my former coworkers? That’s the salt and lime on my corona!

Then, almost immediately, panic set in.

I felt inadequate; I felt insecure. Here I was, about to join a call with several majorly successful people and what do I have to contribute? Would they be disappointed to learn I’m not out conquering the non-profit world like them? Would I have anything to contribute? Oh no, would they see me like I see Mr. Prom King?

As a quarantined extrovert, it would take a whole heck of a lot more than a little insecurity to stop me from social interaction. So, I sent the kids to bed with dad, made my cocktail, and opened my laptop. There they all were; my friends, my partners-in-crime, all on one screen. I couldn’t believe it. It had been years since we were all able to catch up, and man it felt good. I was so happy to see everyone that I barely minded having to share the screen with my office nemesis.

The moment I had been dreading all evening.

My initial thought: “Is there a way to make ‘repeating myself 300x a day while making snacks to throw directly in the garbage’ sound interesting?”

For the record, there’s not.

In no way do I mean to sell my current business venture short. I love what I do now; truthfully for a lot of the same reasons I loved fundraising. As the owner of Momleta, I am able to make an impact on people’s lives for the better. What’s more, I am able to witness first-hand the fruits of my labor, which wasn’t necessarily the case during my time in development. I am extremely blessed to be surrounded by such strong, amazing women.

So why did I still feel like I was going to be labeled as the one who ‘traded her promotion for pampers?’

Well, I didn’t have a choice now; I had to answer. After slapping on my fakest veil of confidence, I gave the group a brief update on all my recent endeavors.

Whew. Thankfully that’s over. That wasn’t so bad, right?

And to be perfectly honest, it really wasn’t that bad. Like most fears, it was all in my head. Besides, even if they did disapprove of my choices, would it have made a difference after I closed my laptop? Not likely.

Honestly, I don’t know what I was so afraid of.

The video chat continued for almost 3+ hours. With each passing story, the memories from our time together became more and more vivid in our minds. We shared a lot of laughter through those little Brady bunch boxes, and of course, some at the light-hearted expense of others.

As we wrapped up the call, I couldn’t help but feel a little sad that our interaction stopped here. We exchanged promises to keep in touch, knowing that just translates into social media likes and comments.

Who knows? Maybe one day our paths will cross again, maybe even professionally. After all, no one can predict what the future holds. (My 25-year-old self can certainly attest to that!)

For me — I know that when the time is right, I’ll jump right back in, head first, pledge forms a blazing. But now is simply not that time.

….And you know what?

I’m completely okay with that. 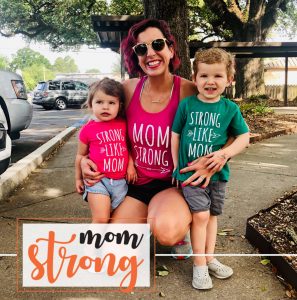