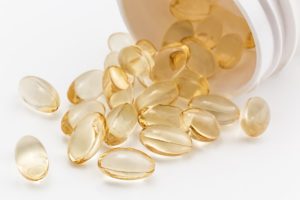 I hate my prenatal vitamins. But not for the reason you might think.

It’s because of the reminder it gives me every day, right there on the label: “For pregnant women and women trying to get pregnant.” And I fall into the second statement.

After talking with my doctor, I followed his advice to a T: start taking your prenatals a few months before you start trying. I even went ahead and bought the Costco-sized bottle, so I’d be prepared well into my planned pregnancy (I’m nothing if not a good planner!). But now I’m here, with an almost-empty bottle, and a definitely-empty uterus.

“I’ve never failed at this before.”

Our first child was conceived embarrassingly easy. We decided we we were ready to get pregnant, we tried, and then we were. So while the amount of time we’ve been trying this time around still falls well into the “normal” range according to medical standards, it’s hard to see it that way. While talking with a friend about it, I framed it as, “I’ve never failed at this before.” (And to her credit, she quickly corrected me that I wasn’t failing, even if it felt that way.)

At this point, I’ve only skipped that daily reminder once. About four months into trying, I was about two days late. I had been trying really hard not to get my hopes too far up, to not over-analyze every little body twitch or odd feeling as something momentously good or horrendously bad. But at the two day mark, I let myself unwrap the pregnancy test sitting under my sink and head off to pee on the stick.

I threw it away, wiped away my tears, and went to continue on with the rest of my morning routine.

But when I opened my drawer with my morning essentials – brush, hair straightener, and that bottle of prenatal vitamins – I snapped it shut. I couldn’t. Not that day.

“My entire life is on hold.”

The longer I wait, the longer it feels like my entire life is on hold. Every time I think about something I want to do three, six, nine months from now, I have to stop and think, “Well, I could be pregnant by then, so it may not work. But I also could not be, and then I’d just be missing out on something else.” And that brings on a whole new level of feelings and guilt.

So while my story doesn’t have the ending I’m hoping for (yet), it’s far from over. Every day I’ll keep opening up that drawer, pulling out that Costco-sized bottle, taking my prenatal vitamin, and hoping for the best. 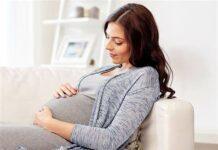 Oral Health During Pregnancy—Why It’s Important for You and Your Baby. 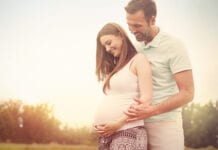 Preeclampsia Can Be A ‘Silent Killer’ 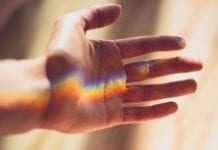