I have debated for a while whether or not I would actually write this particular article as a follow-up to my previous post. After giving it a bit more thought and thinking about it during a recent long run, I decided to write it.

Stereotypes are specific ideas and/or common beliefs widely accepted and understood about a group of people. Stereotyping is absolutely the generalization and projection of ideas onto an entire group of people. Racial stereotyping is what I would like to write about and discuss further. This will allow the opportunity to dig a little deeper into the issue and offer a solution for this problem. It is absolutely challenging to combat and negate stereotypes involving black people. It is also important to discuss why these stereotypes are absolutely false and should be erased immediately.

For starters, Lafayette (and Acadiana) have various instances of open and very clear segregation in place today. Catholic Churches, cemeteries, some Mother’s Day Out Programs, schools, proms, Mardi Gras crews, there are two separate Mardi Gras kings – a black and a white one – all of these are all very clear and widely accepted and/or tolerated examples of segregation. Some may consider these examples to be local traditions or just the way things are. Cue the group of folks that always say “We’ve always done it that way – that doesn’t make it wrong.” Others may consider questioning or challenging the original rationale for the examples provided as well as how & why they were designed this way. Church and school segregation are absolutely clear and well understood – blacks were not allowed to worship or be educated with whites. Again (and to absolutely provide context) why would Broussard, LA justify a white and a black catholic church? We are making national news for not allowing black people to be buried in the same cemetery as whites. Mother’s Day out programs, proms, and Mardi Gras kings are a little less obvious, but I absolutely believe the same rationale to be true. Cemeteries actually had written rules and requirements that blacks could not be buried with whites. It isn’t lost on me that blacks were considered unequal and didn’t have access to the same spaces as whites even past death in 2021. How? Well, with expansive issues like I have mentioned above, how could there not be active and ridiculous stereotypes thriving in our community?

Once something is identified as a stereotype – dismantle it – immediately. You may be thinking – but how? Well, here are a few options that I have practiced and have learned about over time. When discussing topics and in various conversations when I identify someone who is clearly perpetuating a stereotype – I stop them. I don’t mean interrupt folks while they are giving a presentation or lecture. I mean in a private conversation or small group discussion, ask them to stop. This isn’t meant to be rude or offensive, but this is designed to be clear and direct and should stop the further spiral of the false narrative that is being spewed. Let’s say this isn’t an option for you or you have trouble with situations such as these. You can walk away. Just get up and leave. No problem. You won’t be a part of the conversation anymore, and I have witnessed this on a number of occasions. It sometimes is effective in stopping the lies and/or provides the person with some time to reflect on the next steps of what he/she may want to say. The last solution that I am recommending you use is to fact-check the stereotype. I have heard things like – “statistically that wouldn’t be true” or “in my research/according to the latest data, that information isn’t correct.” Providing facts allows space for reconsideration.

Honestly, it is not our job as black people to educate others on racial stereotypes and why certain stereotypes are rooted in racism. We are called to engage in dialogue with others. We have to live, work, and are surrounded by folks who may be unknowingly spreading false information through stereotyping. If I am ever doing this and spreading misinformation, please let me know. The idea here is to check and identify one’s privilege and bias (we all have biases), and dismantle these stereotypes.

How committed are you to dismantling stereotypes? You are absolutely capable of both identifying and dismantling them. 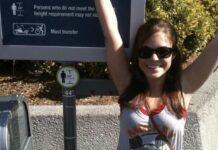 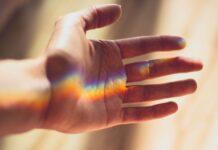 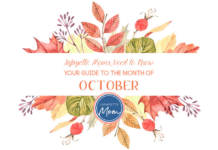 Lafayette Moms Need to Know :: Your Guide for things to do in Lafayette October 2021