I generally can’t remember anything.

Especially something in the mundane task department.

So you can probably imagine that motherhood is going great for me.

Where did I put that? What time? Oh crap we forgot an appointment? How many ounces do you give a 4 month old baby? What’s for dinner? Where are his shoes? How much sleep did I actually get?

Nothing, I maintain nothing. 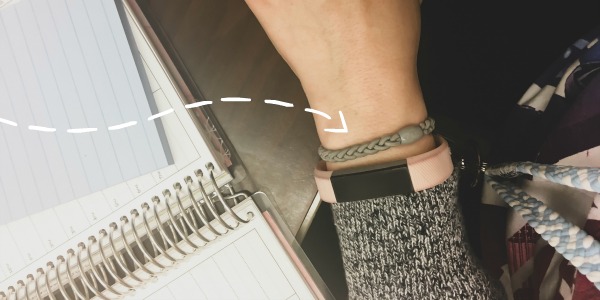 Thankfully our little smart phones are life savers in that department. Especially this one app that allowed me to track breastfeeding.

I’m telling you the worst thing about it is trying to remember what side I left off on so I don’t come out lopsided. But this little app, it saved me from remembering.

So I relied on the app for 18 months of nursing one kiddo and nearly 4 of the second.

The problem was this, the ease of just nursing was taken away. Instead, I HAD to have my phone. I didn’t remember where I left off. Where to start. I was obsessing over exact times, when he started, when he ended.

I realized my dependence on this single little app was too much when I forgot my phone at home one day. It was 10:00 on the dot and time to nurse that baby during Sunday School. I whipped out my nursing cover, grabbed a burp cloth, and BAM… no phone.

That panic, it was a wake up call.

I needed more freedom as a mother. I had to be more free and go with the flow. I needed to remember these things, but I couldn’t continue to be the weirdo who searched for her phone to nurse a baby and then time that sucker like he was trying to beat his last running time.

It was too much.

Then one day I half remembered seeing adds for something you snapped onto your bra to remember the side. I wasn’t about to order something I had to keep up with, but I did have something else I did everyday that could be useful.

I always wear a hair tie on my wrist.

So why not get a cute one, or two, and use that to track what side I needed to start on while we were in public.

Let me tell you it’s been revolutionary for me! Just this past weekend I was able to nurse in several public places without digging my phone our or really having to remember anything. Simply swapping which wrist I wore the hair tie on gave me the ability to seamlessly know where to start.

Now I can be that mama who has her phone in her hand one less time.

Because we all know we are on them way too much anyway.