As moms, we tend to alternate between two mindsets: wanting our children to grow up and gain independence, and wanting them to stay 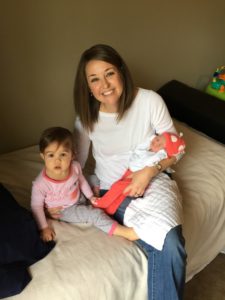 little and innocent forever. For the last few years, my mindset has been pretty stuck in the former of the two. I have two daughters who are eighteen months apart, and having children close in age usually leaves a mom feeling overwhelmed and looking forward to the days of her children being a bit more self-sufficient.

Lately, though, I find myself in unfamiliar territory, and I’m struggling to come to terms with my eldest’s newfound independence.

Where Did The Time Go?

A month or so after Clara turned four, I started to panic.

Where did my baby go? How is she starting kindergarten next year? When did she learn how to ride her bike and get herself dressed and set the table? What is happening?

I’m desperate to stop time and just rock her. I stare at her with tears in my eyes more often than I’d like to admit. One day she caught me and asked what was wrong. 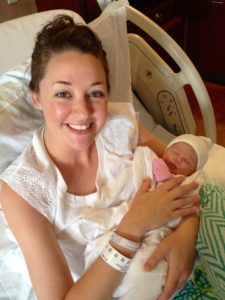 I told her, “I can’t believe you’re going to be five in less than a year.”

I think a lot of my sadness comes from the fact that we are entering the stage of life in which the majority of her waking hours will be spent away from me. And because I’ve been home with her since the day she was born, I find myself falling apart at the thought of this major milestone. Our roles are shifting, and I can’t help but wonder how we got here so quickly.

I would never say that I’ve built my entire life around my children, but motherhood has changed me. It humbled me. It broke me. It softened me. It gave me a boldness I never knew I could have. And it gave me an instant understanding of fierce, unconditional love. 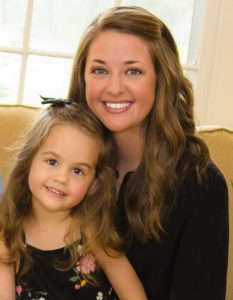 I’m spending so much time now wishing I could keep her little and innocent forever. But that is not possible. My baby girl will grow and learn. She will fall down and get hurt. She will struggle and she will soar. And I will be here, cheering her on, wiping her tears, praying with and for her, and holding her accountable.

And sometimes I’ll just hold her … because she said I still could. 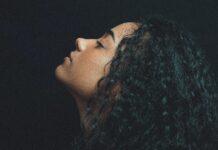