Growing up, friends and acquaintances would discuss what we’d look for in a husband. It was a bit of a daydream as a child, then became more real as we grew older. We discussed our preferences on guys we’d dated, decided what we were looking for versus what we weren’t looking for. Dating was such a challenge for me, as I felt I would never get it right. I would listen to other girls’ hopes in a partner, and it helped me form my own opinion.

The older I got, the more of my friends got married, leaving me to be single for a bit longer than most girls my age. I began listening closer to what other girls my age were looking for in a relationship. I remember vividly one thing in particular: when a woman would say with confidence, “I’m going to marry for money.”

Honestly, this statement shocked me. I immediately thought, “Why would I marry for money when I can make my own?” This idea of marrying for money was something that stuck with me, and for a time, it became something I thought to be true. Things look so much easier for people with money. Maybe these women are onto something? But, a few dates with wealthy guys quickly proved that was not the road for me. 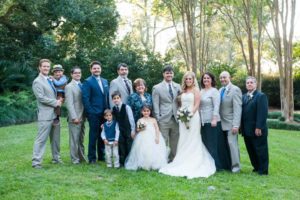 Sure, marrying into money would certainly be a perk. And I’m certain there are great guys out there who come from money who probably make great husbands. However, I began thinking that money, fame, and houses across the world would not be a sole trait I’d search for. When I was about 25, I began to do some soul searching, trying to figure out what it is I was looking for in a life partner. In this journey, I spent a lot of time alone, away from my family as I lived in another city. I began thinking to my future, and all the hard things I’d eventually face. I’d eventually face the loss of my parents and thought I needed someone by my side who’d support me. I thought about wanting to be a mother and the kind of dad I wanted my child to have. I thought about the day I’d get sick and who would take care of me. I thought about the people who were surrounding my future husband, and how they were molding who he would become. Having some time to myself where I was often lonely, I realized exactly what I was looking for. I was looking for family.

I come from a tight knit, but small, family. We were supportive, we had good discussions, and we loved each other fiercely. While we were far from perfect, we always had each other’s backs and put each other first. The older I get, the more I appreciate that kind of love only found within family. That loyalty became something I searched for and craved in a partner.

Not long after I met my now-husband, he invited me to a Mother’s Day party at his grandmother’s house. I almost didn’t go because I was so nervous. I barely knew how to get to Abbeville, much less knew anyone there. But, once I when I arrived, there was live music, crawfish, and wine. Everyone there hugged me, asked me questions about me, and made me feel so warm and welcome. We stayed there pretty late and when it was time for me to leave, they said “We can’t wait to see you again next time.” After that day, I had a feeling I hadn’t felt yet with the other guys I’d dated. I felt accepted. I felt whole. I had only been dating my boyfriend for a little while, but that day made me see him in a special light. That’s when I knew that I had chosen the right thing to look for in a husband. Money is great, but there is nothing greater than the love of family.

We’ve been married 5 years now, and while his family isn’t perfect, they still hire live musicians, eat good food, and drink wine. They dance in the driveway, treat my daughter like a queen, and respect my family and the choices we make. They all supported me during the loss of my father, brought me casseroles when I was pregnant, and they always call me to check on me when they’re worried about me. They pray for me and inspire me to be closer to God. We disagree on politics and other topics, but they remind me constantly that family displays a kind of love that overlooks all differences and loves each other despite those differences. How beautiful is that?

To the women who told me they were going to marry for money, I really hope that worked out for them. I believe in my heart that there is someone out there for everyone, and if we stay true to what’s important to us, we will find that person. I’m so glad I stayed true to myself and to my values, because marrying for family has been the best decision I’ve ever made.

Losing Myself in Motherhood is Ruining My Marriage 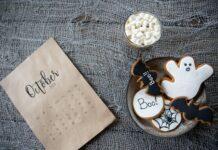 Having A Holiday Baby :: Halloween Edition 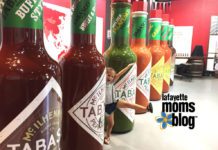