I could tell by the looks on their faces. Surely she isn’t serious? Cash? A gift card? What kind of kid gets excited about that?

Let’s face it. Birthday gifts are hard. Birthday gifts for a kid you don’t know that well? Even harder. And let’s be real – if you get my oldest kid a gift, it will wind up un-played with or chewed up by the dog within a week. And then it takes up residence in my too-small-house and it gets shifted to the corner until, inevitably, in a year it finds itself in the trash or on the way to be donated.

It is not the same for my youngest child – who loves toys and can play with toys and board games for hours. I think most kids are like this – but my oldest child is different. Always has been.

My oldest child recently turned 7 and many people asked me what he was into / what he wanted for his birthday. I gave two answers – Legos and gift cards / cash. Aside from video games, these are the only two things he plays with. But I could see the confusion … gift cards? Surely not. Who gets excited to open gift cards?

I’m not sure why but my son thinks that gift cards are “credit cards” and he feels like the richest person in the world when he has one in his hot little hand. In fact, he loves “money” so much that I debated throwing a “fiver” party. This is a party-type that seems to be more popular overseas where all the attendees pop a five dollar bill in a card and that’s the gift. This would make my son so extremely happy because he loves to save his money to buy bigger items. But it feels weird to request cold hard cash from party attendees. It is my fervent hope that this type of party become more mainstream in the US so it’s not so awkward.

The day of his party arrived and while he got some amazing Lego sets that he was genuinely excited about, he also received $110 in target gift cards (his favorite) and $95 in cash. He was beside himself and I was so grateful for my friends.

That night, we took him out to dinner for his birthday and he counted up all of his money and we went to Target. He had been pining for a $150 Lego set and now he had the means to make it happen. I think this is the side to the gift card / cash request that people didn’t see. They didn’t just give him a gift card – they gave him a piece of a big ol’ lego set that he was going to have the time of his life building with his dad.

I took a picture of the lego set and posted it on Facebook, letting people know what their gift really meant. I think people feel odd just giving money or gift cards – they feel like they are “phoning it in” – and truth be told, it feels awkward to ask for it.

One of my best friends literally LIVES for giving the perfect gift – and she is extremely good at it. Her birthday gift to me always manages to make my cry – she tops herself year after year. But we are very close and she knows me very well. I get that for her to give me a gift card would seem a bit impersonal – but that’s not what this blog post is about. I only bring it up because I know that this is a common rebuttal against gift cards / cash as gifts.

After seeing how happy my son was to be able to buy an expensive Lego set that he has been obsessing over, I really want to end the stigma against gift cards / cash for gifts. Is it the coolest thing to open at a birthday party? No … but more and more, I find myself attending parties where gifts are opened later and at home. Of course, for our attendees who did see him open his gift cards, they got a treat. He literally squealed with excitement he opened each envelope. And it was genuine – he didn’t inherit my ability to get excited over literally everything.

For some kids, toys just don’t hold their attention – no matter their age. So, if you get invited to a “fiver” party or don’t know what to get the birthday kid, just remember that cash doesn’t have to be impersonal – cash can be cool. 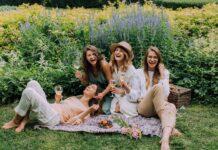 Why You Need a Moms Group 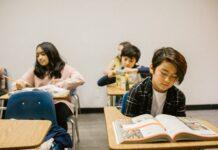 Does School Have To Equal Misery? 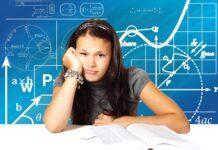 Staying in the Struggle:  Teaching Your Child How to Succeed When Times Get Tough