I will start this off by full-on admitting to y’all that I am a sucker. I love a good gimmick, and Amazon Prime is my dealer.

Now that I got that out of the way, let me also say that my kid loves the 360 cups that are every dentist’s dream. He liked them and figured them out at a young age. BUT, he will only drink water from them — not milk. So, when we made the bottle transition at a year (or after a year if we are being honest), the 360 was a bust for pushing milk. 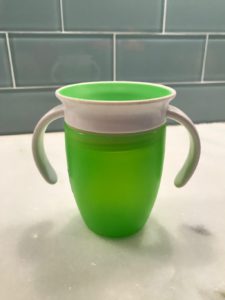 Here is where my quest began.

Max had a lip and tongue tie revision right at 14 months old. He had previously not had any trouble with nursing or using a bottle. The ties were only discovered when it came time to depend on table food and no bottle. After the revision, we had some trouble getting Max to use a straw. After some good old-fashioned practice and this straw cup recommended by our OT, he figured it out. But guess what? He would not drink milk out of a straw cup either.

Spout cups were our only option. He would suck down the milk in the spout cups. My unprofessional mama opinion is that the spout cups did and still do resemble a bottle to him. He is able to tilt it back and remember the good ‘ole days.

But, do NOT just amazon any spout cup and think you will be fine in life.

You won’t be. You will spend a cool mil and end up trying every spout cup out there. Max has either gnawed through soft spouts or has decorated our house and friends’ houses with milk because those promised to not leak actually do leak … a lot. 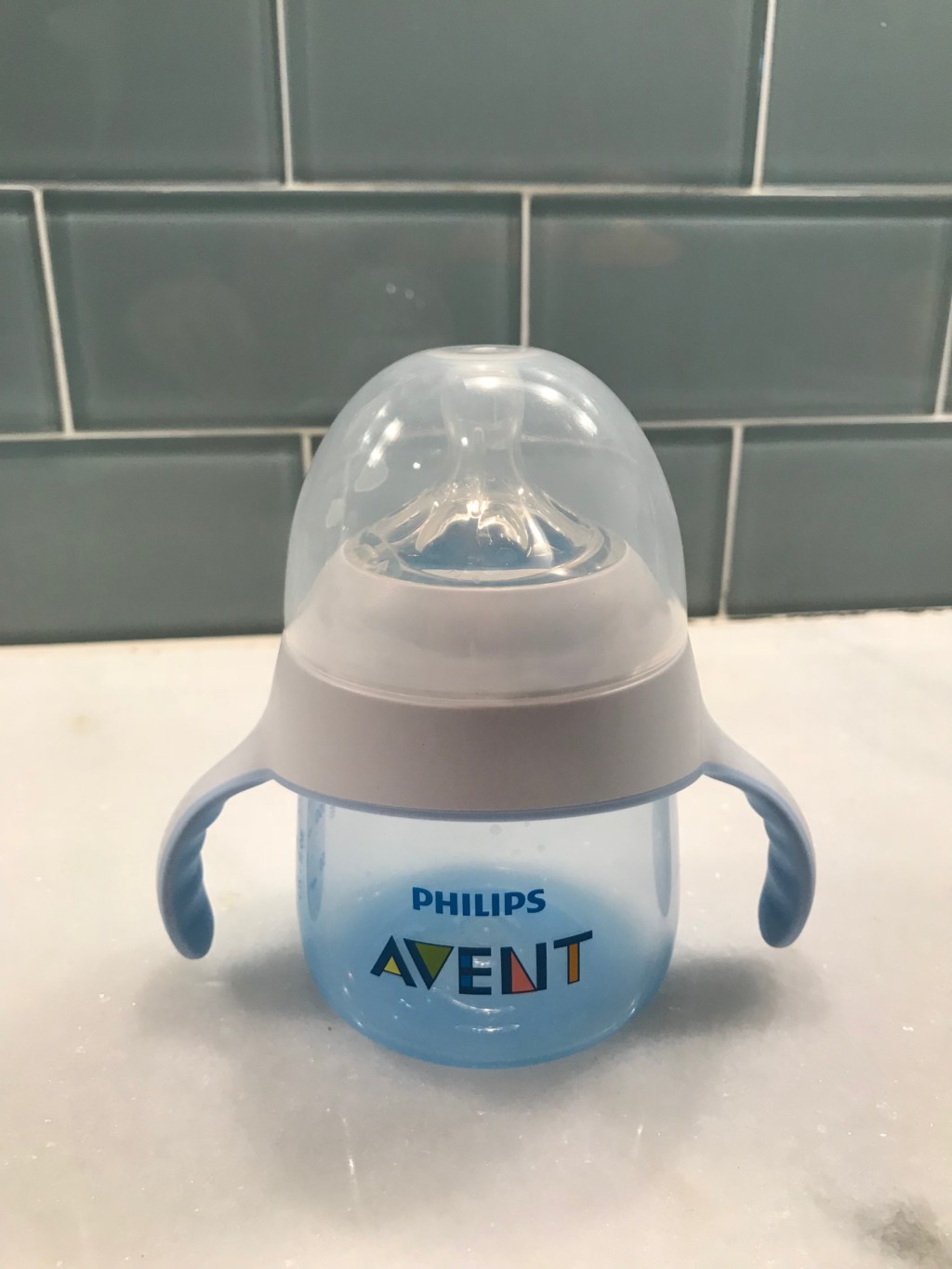 Here is a run down of the cups we have tried, a mini review on each, and a recommendation for the best cup out there. The best cup is the cheapest of them all. THAT NEVER HAPPENS. So, consider this my gift to you for an awesome start to 2018.

First, we tried the Avent My Natural Trainer Cup.

It came with a bottle-like spout and a soft spout for transitioning. But, this cup is TOO much like a bottle and holds far too little liquid. If you plan to transition from the bottle BEFORE a year, this is the cup I would go to. However, it will not last you very long past one.

Next, we moved on to the Nuk Learner Cups. 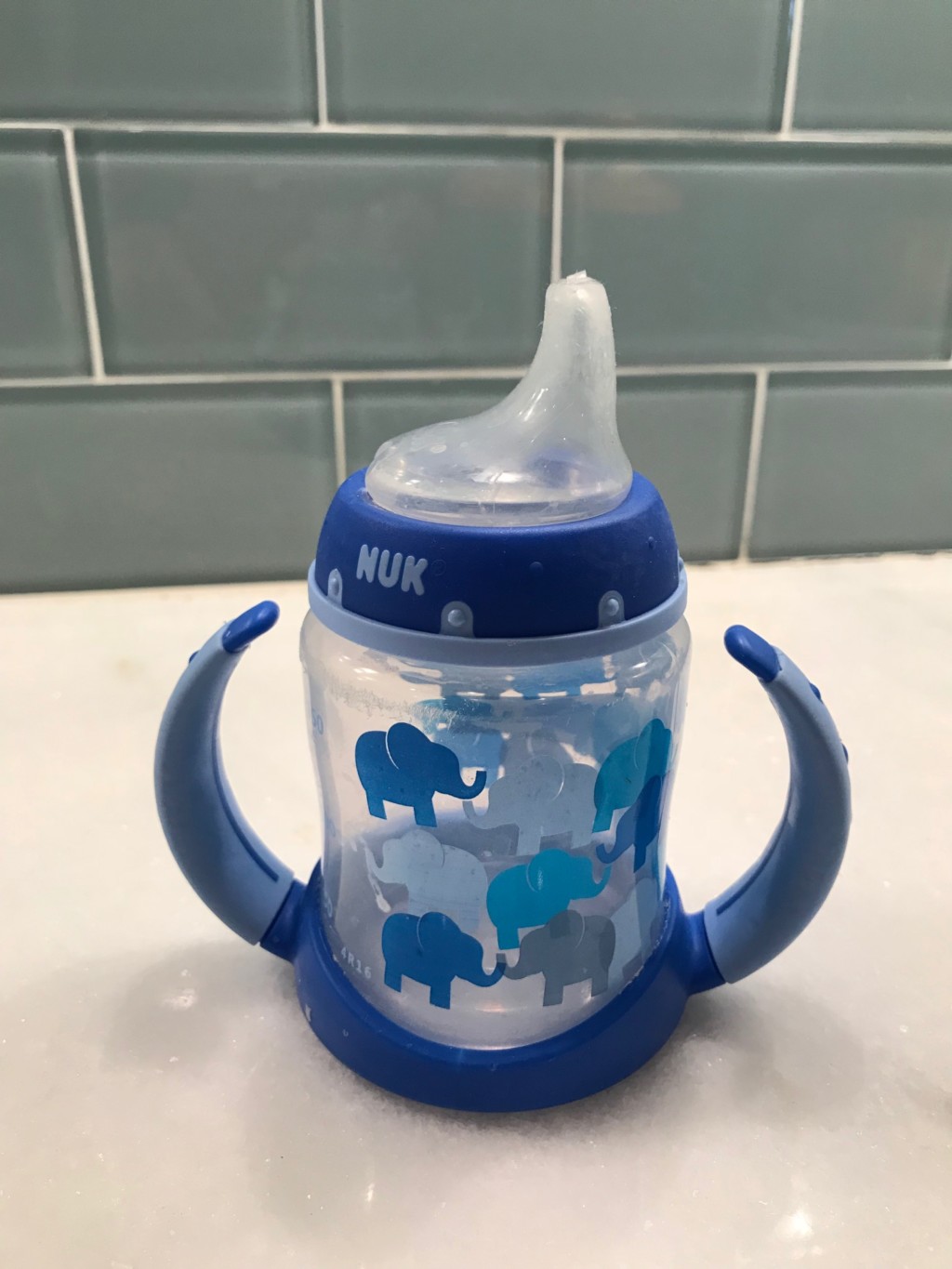 These cups have awesome reviews. And truly, they really worked great for a while. They also come in a bigger size. They most resemble a bottle, in my opinion. But, they do leak. If they are left on the floor not upright, half of the contents will spill out on your floor, sofa, bed, and everywhere in between. As Max reached the 1.5 mark, he liked to bite on these soft spouts causing them to REALLY leak.

Moving on, thinkbaby The Sippy Cup … 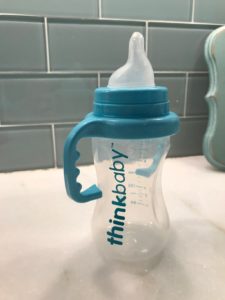 These hold 8 ounces and have handles like the Nuk Learners. But, you guessed it, these soft spouts also leak. In fact, the top of the nipple actually breaks off in tiny pieces. So, there is just one big open hole at the nipple. No good. There is a straw lid for these cups that you can use the same bottle base with, but you have to have extreme sucking power to be able to get any liquid out. So, truly, these were an all around fail for us — especially for the price.

The last of the soft spouts — Gerber Graduates Advance 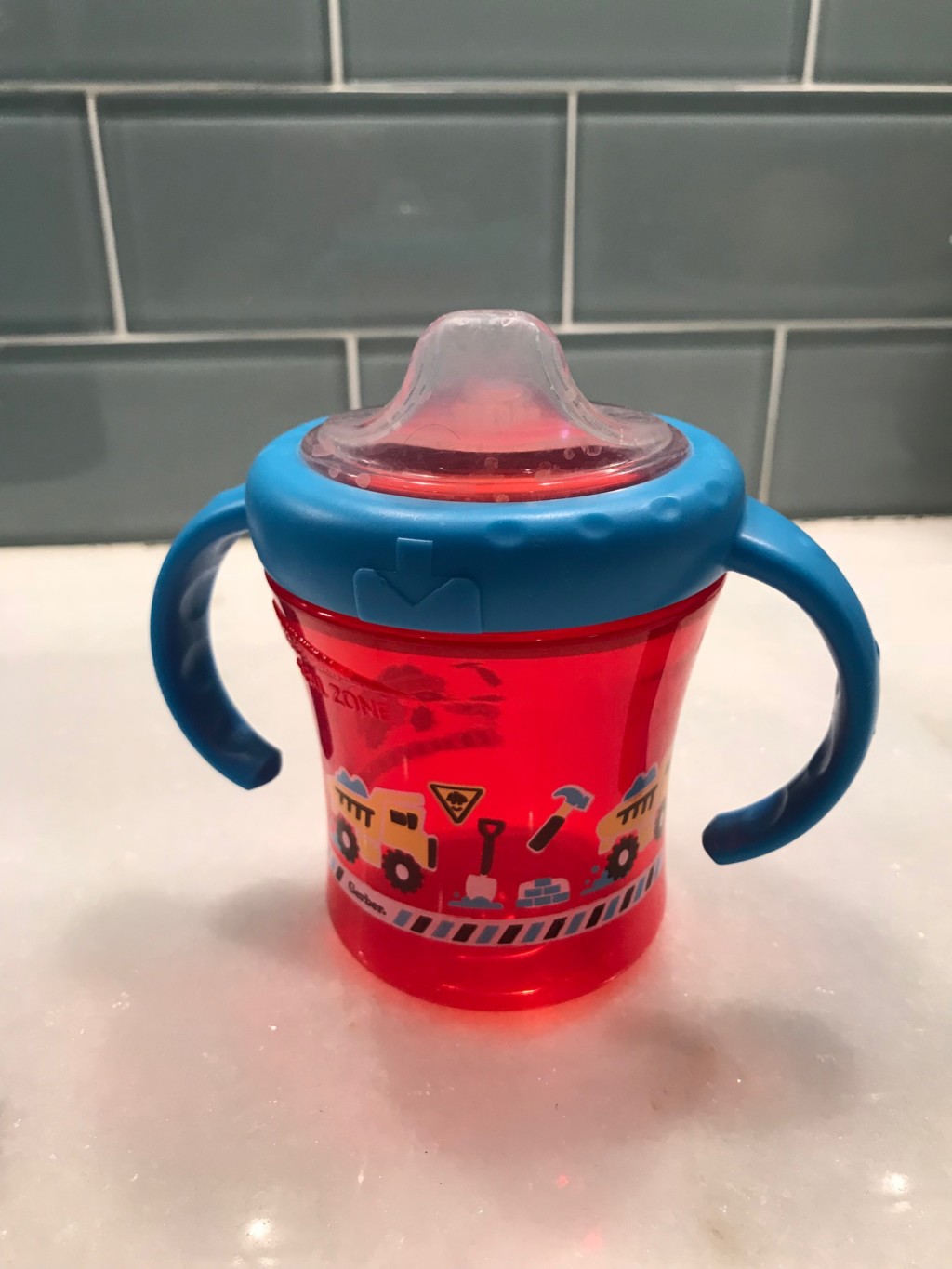 So, you would think I would have given up on soft spouts at this point. My kid was basically eating silicone from the nipples on all the previous soft spouts and every single one of them leaked. But, I am nothing but persistent. So, we tried these. These Gerber cheapies are the best of the soft spouts. The nipple on these is shallow, so I think Max had a harder time going to town on the silicone nipple with his molars. These lasted for a while. HOWEVER, you need a jack hammer to get these puppies open, which is especially difficult to do before coffee. 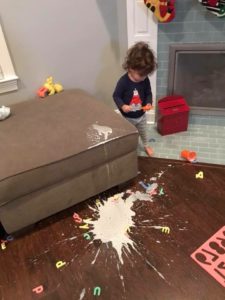 Getting smarter — Do you think he would use a hard spout? Take and Toss is not without its failings.

We love Take and Toss. These bowls are great. And these cups were the first straw cups that Max was able to use. But again, he would only drink water out of the straw. So when a mama friend suggested I use the spout cups, I gave it a shot. I will give no further explanation than to leave you with this picture. We never used one again.

These Tervis Sippies are super cute, keep beverages colder than others, but cost at least $13 each. These go as high as $25. I bought one and it worked relatively well. So I bought a few more. More than $60 later, these leak. And these are pretty heavy. So they will cover your home with milk and may or may not knock you out if tossed in your general direction. Do not waste your money. 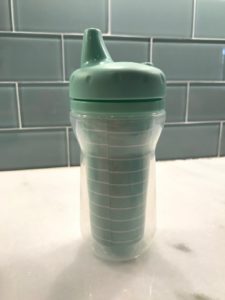 I am sorry if you love characters. I am not against them. But, I cannot take the characters on some of these sippies. For the most part, Max’s milk cups do not leave our house. But still, it is a whole lot of visual stimulation before coffee. Target, however, has some better looking ones that do not look like graffiti. These are my second runner-up cup. They leak sometimes, but minimally. These keep milk cold and are relatively easy to clean. So, if you can get past Mickey and every single one of his friends on a single cup, these cups are a winner. 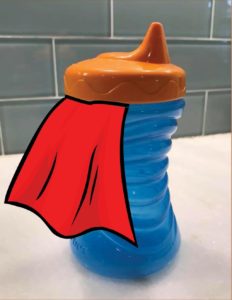 Coming in at a whopping $4.50 for TWO of these cups, you truly cannot beat them. These are easy to clean and DO NOT LEAK. Really, even if thrown. There are three parts total to this cup. They come out of the dishwasher perfectly and are not full of Mickey and all of his friends. The center of the cup is narrow for little hands and makes toting it around easier than others. Every other cup is being donated after this post is complete. I will only buy this cup for future babes. Give it a try. What can it hurt? It is only $5!

So, that’s it y’all. Get the Gerber graduates cups. They are the real MVP. I will say that the Thermos Foogo, the Contigo Autospout, and the Camelbak Eddy get honorable mention here. However, as with the 360 cups, my tiny dictator will only drink water out of those. And to be honest, I do not feel great about milk all up in those parts of those cups. But they are great cups nonetheless.

If you find a cup that is better, don’t tell me about it. I can’t afford it at this point.