I don’t know about y’all, but there are a few places I like to avoid while driving around Louisiana. A few bridges in particular that I’d prefer swimming past than driving over actually. 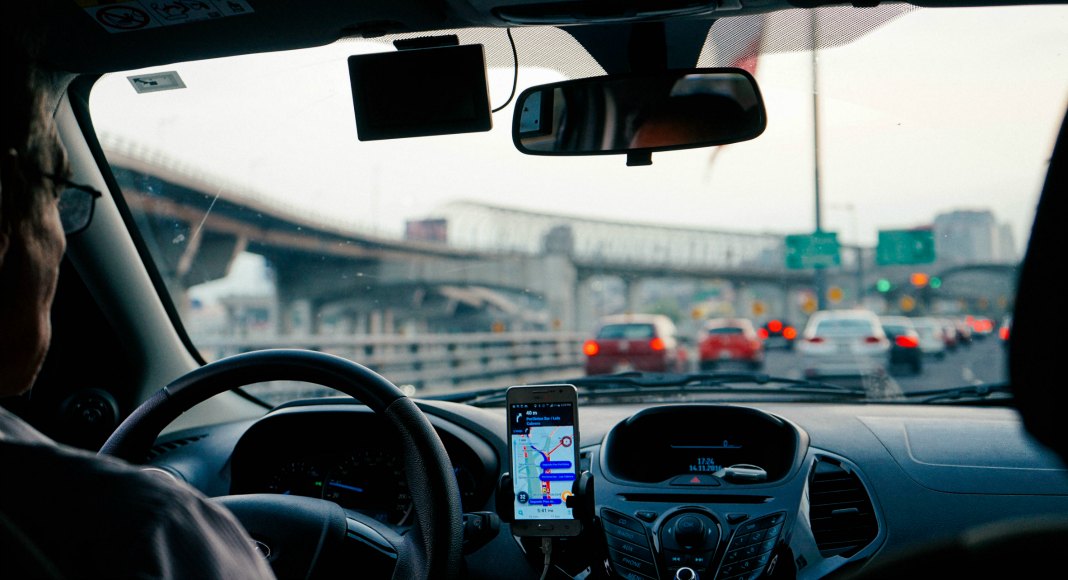 Blame it on driving back from the beach in an attempt to get home and beat Hurricane Barry, but I’d rather not get stuck on the Atchafalaya Basin. Call it some sort of traffic PTSD from that time we were trapped for 7 hours on it after going to the zoo in Baton Rouge over Thanksgiving in 2017. But now-a-days, I skip that sucker at all costs.

I also really can’t stand driving the Huey P. Long Bridge in Jefferson Parish, or that one on the way to Thibodaux when you’re coming from Baton Rouge. Actually, I really don’t like how long the Lake Pontchartrain Causeway is either. Oh and there’s that creepy high one in Lake Charles too.

I know many of my mama friends here can agree, watching news coverage of people being stuck in any capacity on any of these structures during a hurricane makes you want to constantly pack water and a potty in the car and avoid them at all costs.

Coming back before Barry kept throwing me for a loop. Every time I set Waze to take me through NOLA just to avoid the Basin in case traffic was bad (hello driving alone with a toddler and baby), it would try to reroute me right back through that area. I’d get going, have to stop for a kid, get back in the car, and low and behold I was being directed to take a Baton Rouge exit.

So I’d like to suggest a small edit to Waze & Maps … the “Avoid These Louisiana Bridges” Feature.

With this lovely update to their systems, you can easily type in and save any and all bridges in our great state and constantly be rerouted around them.

Much like when you’re driving in Texas and it gives the option to avoid toll roads. 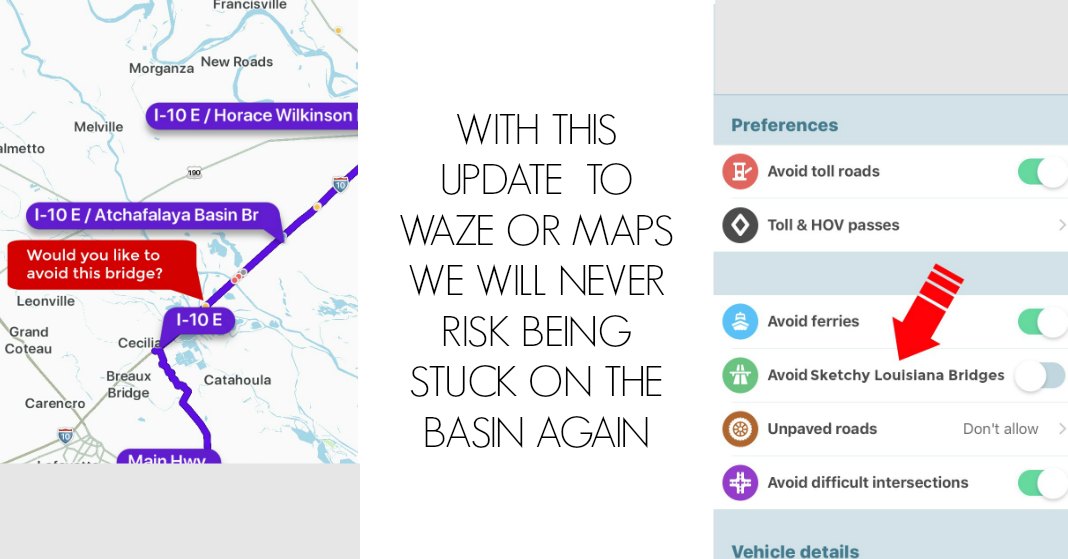 Instead, we will just avoid slow traffic areas that provide no escape. Which, now that I’m thinking of it … before you drive onto The Basin it should pop up and ask “Have you stopped to potty and purchased water?” Just like their “Don’t forget the kid” pop up.

If I need to start a Change.org petition to convince Waze then I will, I just can’t stand driving over these bridges. 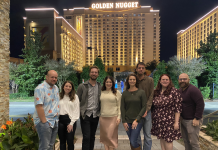 Your Next Kids-Free Couples Weekend :: The Golden Nugget 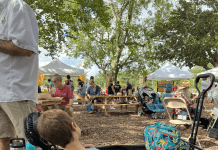 A Love Letter To My Wagon 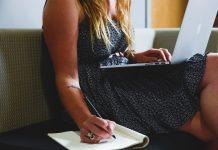