**Please note that I have no interest in disclosing the name of the daycare facility or the director. I only write this to share my experience and emotional growth as a mother.**

Being a mom is a weird gig for many reasons. One of the strangest, most polarizing things for me is motherly intuition. That pervasive gut-check feeling when you know something is amiss. But the funny thing about motherly intuition is that we don’t always trust it. Here nature has given us the unique ability – unlike anything in the world – and yet we second guess ourselves constantly.

For me, that’s what being a mom is. Constant overthinking and second guessing.

I question everything. Are my kids warm? Are they cold? Did they eat enough? Are the getting the right nutrients? Am I giving them what they need? And the list goes on.

One of the hardest decisions for me was choosing the right childcare provider. I have been a working mom since my first was born. He went to daycare at 10 weeks old and I have done exhaustive research to make sure he was at a facility that had low ratios, a good program, a camera system and security. When my second son was born, I found my unicorn facility that checked all of my boxes. Sure it was more expensive – sending both kids was more than our mortgage – but it didn’t matter. I was thrilled. The boys were going to get one-on-one attention and I could check in on them any time I wanted. Sounds perfect, right? 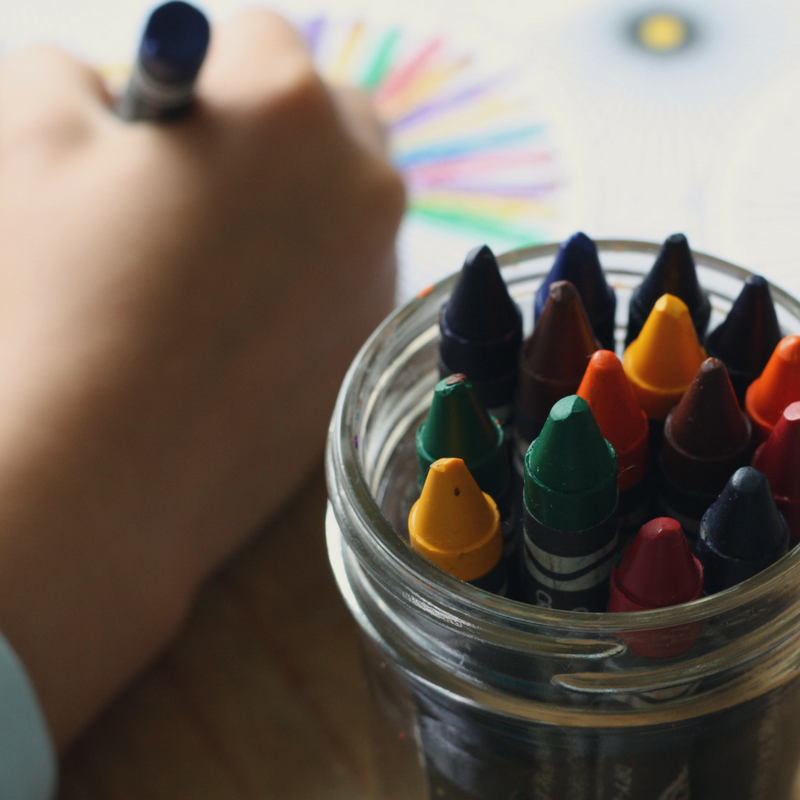 Right away, there were warning signs. My oldest got sent home for the day because he bit someone twice. My co-workers told me it was ridiculous but I rationalized it. They were just being cautious. Then I got ambushed by the director and the visiting psychiatric student to talk to me about my youngest (1 year old at the time). They insinuated that he may be on the spectrum. I didn’t want to be *that* parent who ignored things so I took him in for an evaluation. They told me it was too young but that we would watch some of these behaviors. He got older and it was no longer an issue.

But it didn’t stop there.

I was also pressured to bring my oldest in for Speech Therapy. I did it – thinking that they had my child’s best interest at heart. Speech didn’t fix the “issues” they saw at school. We started Occupational Therapy. He has Sensory Processing Disorder, so while it helped him – and us – at home, it wasn’t making a difference at school. I would watch on the cameras as they ignored him, dismissed him and moved him into the baby room when they didn’t want to deal with him.

And still I rationalized.

It couldn’t be this place. Not the place that I carefully researched. Not the place with the low ratios and cameras. This place was a unicorn. Everyone kept telling me this wasn’t normal – that he needed to move to a new place. But I couldn’t see it.

Then things got worse. The director asked me to get a second opinion on his diagnosis. I took him to a psychiatrist to see if he may be in the spectrum. The facility filled out a questionnaire and so did we. The psychiatrist met him and more or less ruled it out immediately.

I was asked to get a third opinion.

By this time, my son was about to turn 5. He was in pre-K and still not fully potty trained – which was another issue entirely. We would try to hard at home and would send him to school in underwear. After 1 accident, they would change him into a pull-up. It was frustrating and disheartening.

By this time, I knew it wasn’t a good fit for us, but he was so close to Kindergarten that I didn’t want to move him again. The director told me she didn’t think he would be ready for Kindergarten. I started to worry that he may have to do another year of Pre-K. I spent hours awake at night, worrying and planning – all while my motherly intuition nagged and pulled at me to do something.

Then a choice was made for me.

The director wanted to have a meeting to discuss what to do next. I saw the writing on the wall and asked if we were being asked to leave. She said yes. I broke down in tears. I did everything they asked. I tried so hard. I didn’t fight, didn’t yell, didn’t get defensive. I always followed their recommendations – so how could this be happening?

Immediately, I visited other daycares – panicked. I was finally angry. I was hurt.

I met with the director at one of the first daycares I visited. She listened to my story patiently as I explained all of my frustrations, my son’s personality, how they handled things and what she said shook me to my core.

“It’s not your son. It’s them. They have no place to tell you these things. Let him come here and let’s just see how it goes.”

She wanted to take a chance on him. On us. She was supportive and spent an hour on the phone with me as I asked her every question and told her every concern. I finally felt supported and listened to. I felt like, for once, I was being asked about my child rather than being told. She told me that with ratios that low, they should have been engaging with him – not dismissing him to the baby room. His confidence was rattled and his anxiety was high. I didn’t know how much damage I was doing by keeping him there until he moved to this new facility.

That first day changed everything.

He came home excited and happy. He used the potty at school. From that moment on, he never had another accident. The director at the new facility told me he was very smart and caring and most certainly ready for Kindergarten. As a former Elementary School principal, I trusted her opinion.

He has been in Kindergarten since August and he is thriving.

The experience has definitely changed me as a person and a mother. I question everything – out loud. I don’t keep an internal monologue wondering if I’m doing the right thing. I vocalize my concerns and feelings. I had a meeting with his school counselor the day before he started Kindergarten. I told her everything that happened. I touch base with her, the principal and his teacher often. I will never let someone define or marginalize my child again.

So while I still get angry and sad, I’m also oddly grateful. It enabled me to find my voice. I trust my instincts and speak up – regardless of if I seem like *that* parent. I am *that* parent. We all are. And our kids need us to be.