4 Stages of a Daycare Phone Call

My kids have been in daycare since 10 weeks and 7 weeks old (respectively). My first one is finally, mercifully in Kindergarten, which means that I have been fielding daycare calls at work for the past 6 years. Over the course of these years, I have gotten almost every imaginable type of call:

“You have to come get Oliver, he’s running a fever”

“You have to come get Milo, he threw up.”

“You have to come get Oliver, he keeps biting his friends.” 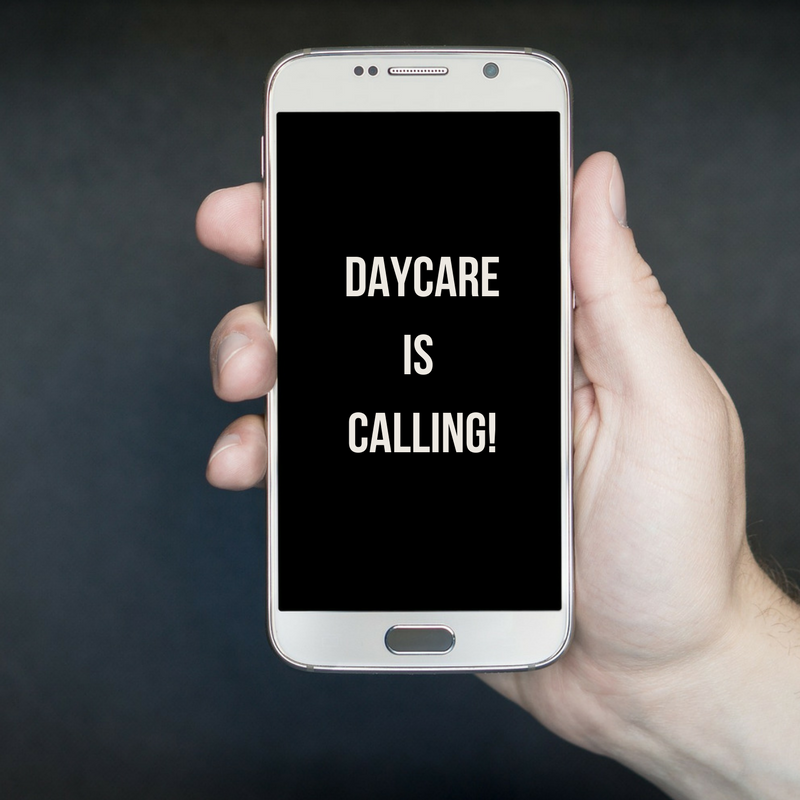 “You have to come get Milo, he looks like he has a rash” (sidenote – it’s eczema. His old daycare finally stopped calling me on this one after a strongly worded letter from his pedi.)

“You have to come get Oliver, he has a rock stuck in his ear.”

I still have that rock.

Regardless of which kid and the timing, there are always 4 stages of emotion that I range through during the call:

Oh, no. It’s daycare – what meetings do I have? Is their Gigi free? What is my husband’s schedule?

Please let it be a hit on the head call. Or a bite. Yeah. Hopefully another kid bit him … or smacked him in the face.

I am not proud of this stage.

Acceptance: OK, I’m on my way!

Relief: Oh, thank goodness he was just hit in the face with a toy car … did I just say that out loud?! The best thing about these calls is that they always go the same way. “Yes, he was crying. He seems ok now and he’s playing.” Score one for mom.

This is a crappy stage because it doesn’t really matter what kind of call it was. If it was a “come get your kid call” – I get the work guilt. I have so much to do, I can’t leave – who will cover for me in these meetings? I’m letting down my team.

If it’s a “hit in the head” or “biting” call – I still feel guilt. Guilt at the relief that my child was simply injured at the hands of another (or sometimes himself, let’s be honest). I know that he is fine and I know that these things happen – but I shouldn’t feel happy, right?! (Regardless of the answer, these are the best calls you can get from daycare in the middle of the day – you just have to make peace with that in your own way.)

We have about 1.5 years left of daycare calls, but it doesn’t really matter. Because just when you think those are over … the school calls come. They may not be as frequent … but it’s still very much the same.

“Oliver threw up, come get him.”

But looking back at this … I guess this is how I can summarize motherhood for myself, in general. It’s a vicious cycle of churning emotions that are set to repeat well beyond what you initially anticipated.