What is the CROWN Act?

Creating a Respectful and Open World for Natural hair, better known as the CROWN Act, is a law that prohibits race-based hair discrimination, which is the denial of employment or educational opportunities because of hair texture, protective hairstyles including braids, locs, twists, and bantu knots. This law was first introduced in California in January 2019 and signed into law on July 3, 2019. It has been signed into law in over 20 states. On June 21, 2022, the CROWN Act was signed into law in the great state of Louisiana.

Thinking about my personal hair journey … from a little girl getting a hot comb for special holidays to an adolescent getting relaxers. I got relaxers or creamy crack well into my adult years to straighten my hair. In my college years, I wore my hair in multiple styles, my all-time fave was a short red do reminiscent of Halle Berry and Nia Long. Into my adult years, I became a lot more conservative, with a short bob with a side part curled under. It wasn’t until I was in my thirties that I embraced wearing my hair in its natural state. No relaxers. No hot combs. Just me… All me…

Why did it take so long to embrace and wear my hair in its natural state? Easy…I was worried about how I would be perceived. As a black woman working in Corporate America, I know that I already have the disadvantages of being a woman and because of my race. While I definitely by no means deem them to be a disadvantage, I am however aware that society does and can use them at will. Sad truth. So, I played it safe. And this is unfortunately the case for many Black women. It is also the beauty and necessity of the CROWN Act.

Since I have been natural, I have experimented with many styles, two strand twists, braids, faux locs, a short fro, and even hair extensions. Each and every time I have gotten a new style a small part of me worried about how I would be perceived at work. I know, I know, why should I care? But when you show up to work and have to deal with micro-aggressions and dumb comments because you changed your hair, you have no choice but to be a little apprehensive. I have had people that I worked with for years introduce themselves to me because they didn’t recognize me. Really? I find that hard to believe. And then there are questions how long did it take to do your hair like that? Is it your hair? And the worst question of all: can I touch it? NO! Here is a little tip: NEVER EVER touch another woman’s hair! No matter what race she is!

We have seen many stories of Black female news anchors having to defend themselves for wearing their natural hair on air. The way they chose to wear their hair by no means changed the validity of the news, yet they were told that their hair was ‘distracting.’ School-aged girls and boys were suspended or expelled for their hair. Add this to the countless times that athletes have been told to change their hair in order to compete. Even the greatest female athlete of all time, Serena Williams, has faced backlash over her hairstyles. Studies show that Black women are 1.5 times more likely to be sent home from work because of their hair.

I would love to say that we are not our hair, but we are. Black hair is a part of our rich history, a rite of passage. Take corn rows, for instance, the intricate patterns that the slaves braided in their hair were sometimes maps to guide them to freedom. Other times the women hid rice and other grains and seeds in their braids, so when they found freedom, they had crops to plant and start a new life. Different hairstyles or the way they were adorned distinguished which tribe a person was from. The afro was a sign of black pride. Dreadlocks originated in Kenya and were worn by warriors of different tribes. These hairstyles and many more have played a role in Black culture.

As a mother of two beautiful little Black girls, I do my best to teach them to love and accept themselves. This includes their hair. I teach them the history of their hair, and I share the stories of how as a little girl, I spent countless Saturday mornings in the hair salon and share stories of when I worked in a salon. They are young and there are times when they do not understand why they don’t have long yellow hair like Elsa. But then I show them the beauty of Tiana, Ada Twist the Scientist, Doc McStuffins, and Karma. This is why representation matters!

Yes, Black people’s hairstyles can and will change; our hair is a part of who we are physically and culturally. The CROWN Act is important because it ensures that schools, businesses, and employers understand that the regulation of black hair based on the narrow-minded belief that straight fine hair is the goal post of professionalism is indeed race discrimination. Above all, the CROWN Act is key because it can push us to a world where all Black people can be free of hair-based race discrimination, and most importantly a world where all Black children can grow up with confidence, pride, hair love and self-love. 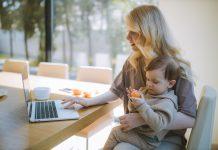 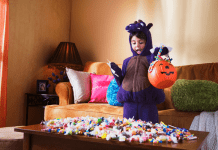 Fall Into Beauty with Sanova Dermatology