Dear Matilda Jane, I Am So Mad (And I’m Mourning)

I probably should never have trusted an MLM (Multi-Level Marketing) company.

But dang it, Matilda Jane dresses were so cute.

I need to start at the beginning. I’ve never been one to be a big fan of MLMs. My parents “worked” for Amway (the OG of MLM) back in the day, but I was really too young to have any experience with that particular brand.

(Sidebar: I have work in quotes because with an MLM, you are really NOT employed. You are an independent contractor who is selling someone else’s product for profit. There are no benefits or employee perks in the traditional sense, just commissions and lots of extras like discounts. But “working” for an MLM does not mean you are an employee in the traditional sense.)

I remember in high school or early college attending a Mary Kay meeting. Something that stuck with me is how they pushed to have people become sellers just as much as they pushed the products.

I since then have had multiple run-ins with other MLM companies. Juice Plus, Scentsy, Young Living Essential Oils and Protandim come to mind. They usually follow a similar script: they are trying to sell you a particular product but also trying to sell to you that you should become a seller. Ironically enough, I ended up in Marketing as my career, but I have never had any desire to sell these products. The thought of asking all my friends and family members to buy something from me was enough to make me vomit.

I’ve also loved a good MLM documentary. The ever popular Lularoe documentary on Prime was one for the books. If I could think of a word to describe MLMs, sketchy comes to mind. And sometimes downright illegal. Many MLMs have gotten into hot water with the government regarding their close resemblance to a pyramid scheme. As it turns out, these companies have to be selling a certain amount of product and cannot just be in the business of selling sales (aka independent contractor) positions.

And then there was Matilda Jane.

I had heard the name a couple of times, especially after I gave birth to my daughter. But after I met my Trunk Keeper (that’s a Matilda Jane term for “seller of products on behalf of a company where you are not employed”) and saw their website, I was done for. I should have just handed over my wallet.

I do want to make a comment here that some of their clothes were too over-the-top for me personally. Sometimes the pattern-mixing and ruffles went overboard, but they also have made some of the most darling dresses I have ever seen, and my daughter became the queen of compliments, strangers stopping us on the street to admire her darling clothes. Her closet quickly became filled with Matilda Jane outfits and dresses. I had officially succumbed and gone overboard. The company also had a pretty innocent start, being founded by a lovely woman, Denise, in the Midwest in 2005 who had a simple mission of keeping little girls little. Her original vision and concept was lovely and did not begin as a way to prey on women … at all. Sadly, Matilda Jane’s founder passed away, but the general design and quality of the clothes lived on. You will not find me arguing with the quality of the Matilda Jane product. It was amazing and held up, AND – better yet – it had resale value. 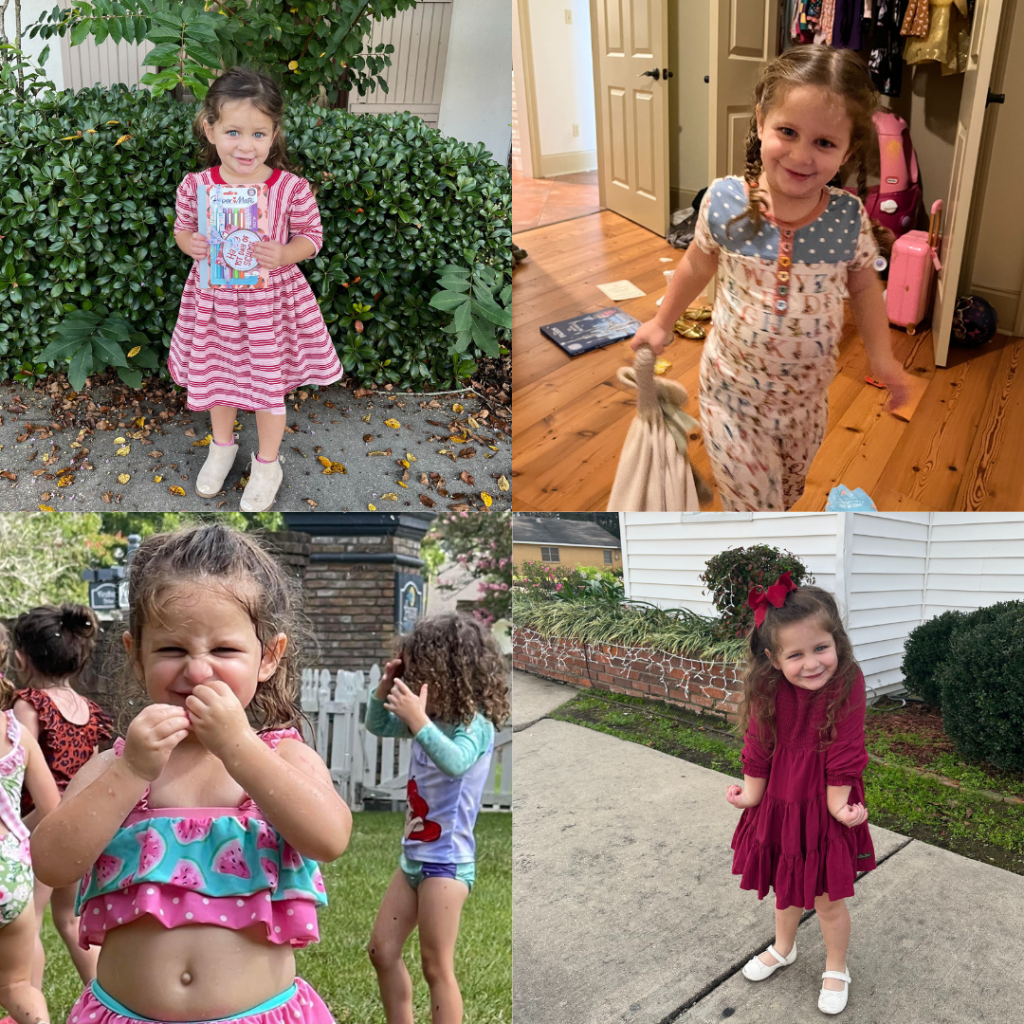 My sweet Trunk Keeper, though? She never sold me once. Never ever did she ever try to convince me to sell Matilda Jane. Inside though, I had convinced myself to sell! But Katie, you may be thinking, you practically swore on your future grave that you would never gander down such a treacherous road! And you’re right. In my head, though, these dresses were not cheap! I thought maybe I could sign up to be a seller and just give myself a discount. I was buying the clothes anyway, right?

Hah hah hah. Oh naive Katie. MLMs are too smart for that.

I quickly learned that not only would I have to sell THOUSANDS of dollars in merchandise each month (I believe the minimum to stay active was $1,500), there was a pretty steep financial commitment I would have to pay up front (also in the thousand-dollar range) for the “trunk” (aka the box of clothes over which you have NO control as to the size of the samples). So needless to say, the idea of selling Matilda Jane did not last for more than five minutes.

I happily went back to my Trunk Keeper. And it is here that I want to give a genuine, heartwarming shoutout to her because she was an absolute joy and treasure to work with. Truly, Matilda Jane was lucky to have her. While of course this was a sort of job to her, you could tell her passion and joy was in this brand, and she was always genuine. So if you’re reading, THANK YOU. All of your clients benefited from working with you. And you were selling a terrific product.

But back to the clothing company itself; customers and Trunk Keepers (TKs) alike just found out last week that the company was closing by the end of the day they announced. That’s right. They announced closing and shutting TKs out of their portals on the SAME DAY. Hours notice, y’all. This was just a few weeks before Christmas. Shock does not even begin to cover our feelings. I am incredibly sad for the TKs who received no notice, as well as the company’s actual employees, right before the holidays. I am mourning my child’s future closet – where am I going to find such adorable clothes? Shopping at Target or Carter’s won’t be the same. The Matilda Jane clothes are indeed amazing.

But also. I feel so cheated and disappointed. That I thought Matilda Jane would be better than the rest. That I thought this company was “different.” More and more facts are coming out to put the company in such a negative light. Examples floating around the internet include that the company knew this was going to happen and didn’t tell their Trunk Keepers intentionally so that they would sell the December line as if everything was normal. It’s rumored that they aren’t even giving some of the profits they earned from said December line. As we speak, the website is still up and running so they can sell off the remaining inventory, and there is no mention that the company is out of business or that Trunk Keepers are locked out. Lastly, they have blocked comments on their social media. What cowards. You treated your Trunk Keepers and – by extension – your customers like garbage and you don’t want to read it from us? Closing comments doesn’t make the comments go away.

It is sketchy, sketchy, and sketchy.

And so unfair to the committed contractors who have championed the brand for so long – some as early as 2005.

There’s also questions on what exactly happened. Apparently (this is all hearsay) a merger was supposed to go through a week prior to this announcement, but it fell through. Many of their items would sell out slightly after each monthly launch, which might point to an issue with leadership and how money was handled.

At the end of the day, leadership handled this so poorly and, worst of all, hurt those who helped push the company forward. My heart is with all those who have suffered unemployment due to these actions. Trunk Keepers worked their butts off for Matilda Jane and for what? Now they have $0 income to count on after pouring themselves into the brand for years on end.

I’ll still treasure these beautiful clothing items, and surely will be sad as my daughter grows out of them knowing that they can’t be replaced. I’m on the hunt for another clothing line and will miss these darling, detailed pieces. And if this ever becomes a documentary, I’ll be just as interested as the next person to find out exactly where it went wrong.