Merry Christmas! I know that it must be an incredibly busy time for you as you prepare to make dreams come true for 2 billion kids. It’s a lot, I’d imagine. Add in all the mall visits, photographers’ mini sessions, 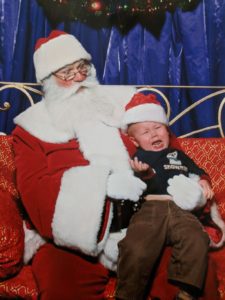 popping up all over town – hey, was that you riding around in that golf cart? Either that or someone was doing a pretty good impersonation.

I really appreciate the grace that you give my kids because, according to the song, you know that when they’re awake they teeter toward the naughty side from time to time … and the scale seems to slide even farther the last three months of the year.

Anywho, Santa. Can we have a little chat? On behalf of moms everywhere, we’d really appreciate if you could just step it down a notch. I mean, we get that you have a large army of tiny elves that can mass produce the year’s coolest toys, but my kids already think, “Well, if MOM won’t get it for us, we’ll just ask Santa.”

For example, my kids pull out the big guns for you because they know you’ll deliver. A computer? A drone? The latest and greatest gaming software? Their own phones??? Sheesh! This mama’s not ready for all that! Gone are the days of building blocks and firetrucks. 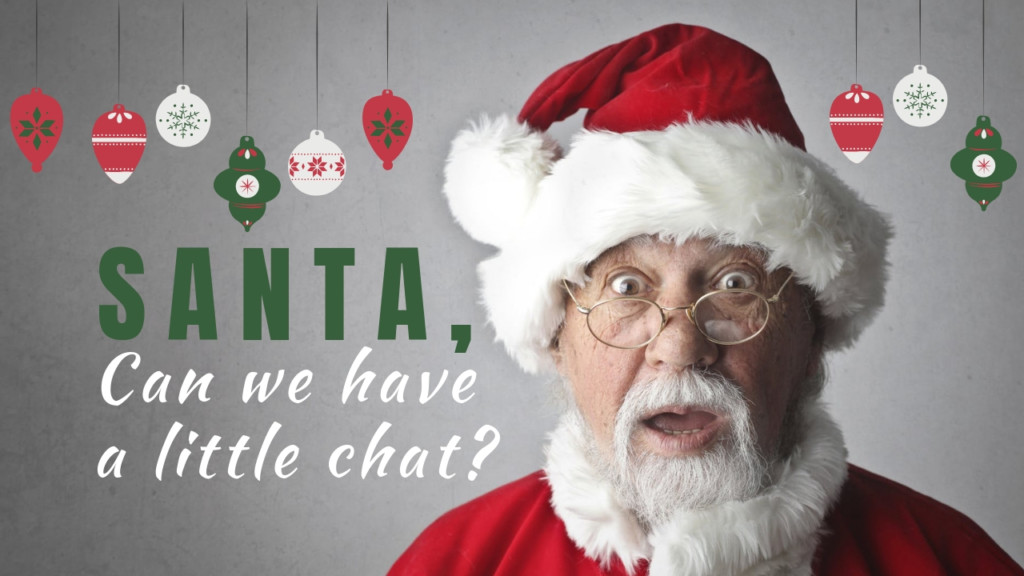 I almost feel obligated to hand you a script before my kids climb up on your lap. When my 6-year-old daughter asks for a hover board, maybe you can say, “Oh, let me check the size and weight requirements on that one,” before you chuckle and give my girl a high-five. I’ll let that one slide, though. It caught me off guard, too, because up until that moment all she had asked for was a doll.

But how about the time my kid asked for his runaway cat to come home or at least for “a new cat to remember him by?” You and I both know that cat didn’t runaway, Santa. Just say, “No.” Or at least say “I’ll ask your mom if it’s ok.” Makes me the bad guy, but at least it buys us time to have a little heart-to-heart about the matter.

I really hate to be nit-picky. Really I do. But, I’ve been bottling this one up for a few years: what about that time you asked my son, “Is that ALL you want for Christmas? Don’t you want something else too?” Really, Santa? Really?  Yes, ALL he wanted that year was an egg beater and because he was so good I bought him TWO. It’s the ultimate fidget spinner, Santa. Didn’t you know? But then you had him thinking … Is that ALL I want for Christmas, or do I want MORE? Then he asked for an iPad. An IPAD! Here’s another time when you could say, “I’ll ask your mom.”

My kids love you, they really do! You truly do make their Christmas magical! But here’s the thing: I’m out of storage in my home, my bank account’s shot, I’m trying to teach my kids to not be materialistic, and if I’m really truthful, I just don’t want more STUFF in my house. So, maybe if you reined things in a bit, my kids’ expectations would be lower and then they would ask for reasonable things like a doll or a new toothbrush or Candy Land. And maybe, just maybe, Christmas wouldn’t be all about receiving gifts and inflatable lawn ornaments, but about giving, fellowship, joy, peace and the gift of a newborn Baby that brought hope to a dying world.