As I scroll through social media this summer, I see so many families that are moving. Summertime seems to be the time for that. So many goodbye sentiments expressed, along with well wishes, encouragements, and lots of we’ll miss yous. While most of the mothers seem full of excitement and optimism for their new adventure, I can’t help but feel their pain.

I think back to 7 years ago this summer, when my husband and I packed up our 4 children and drove away. Drove away from the life that we knew and had spent the last 10 years creating and building up.

When we moved to Shreveport, we were 23 years old. It was just the two of us, freshly married. We knew no one and nothing about the city. Our nearest 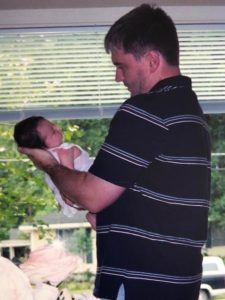 family was 5 hours away. I was quite alone most of the time with my husband in medical school. A couple of years into this adventure of a young, married couple came our first baby. Then, I wasn’t so alone. It was she and I and we had everyday to ourselves. We searched out parks and went on evening bike rides. Just the two of us. We walked and walked the neighborhood everyday, putting treasures in her pockets and invading our neighbors yards. Soon we knew everyone on the block. I enrolled her in a twice a week Mother’s Day Out program so she could be around other children, and a year later, I found myself working there. A few years later came a second baby girl, then 18 months later, a baby boy and two years later, another baby boy. My husband worked more than 90 hours a week, so it was up to me to create a day to day life for the children and me. Mother’s Day Out turned out to be my saving grace.

That’s where I met my village.

Being a new mother can be very isolating, especially in a city where you have 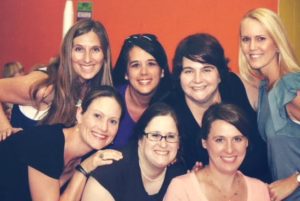 no family. The other teachers were either older women who had already raised their children or young mothers who still wanted to be with their little ones but needed an extra income and perhaps needed each other. We learned from each other about how to be better mothers. I laughed and cried with these women. They were my posse. They were our park dates, playdates, hayrides at Halloween and my girls’ night out gang. We celebrated birthdays and births and texted our worries to each other late into the night.

I grew up in those 10 years that we were there. My husband and I both did. We 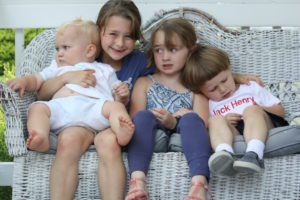 learned how to be parents. We learned about financial struggles and surviving the horrendous hours of medical school and residency. I grew stronger and more independent each year, learning how to do it all myself. Those were the hardest days and the best days. When our journey there ended and it was time to say goodbye, the heartache was so real. The goodbyes … 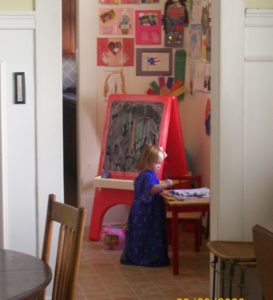 cried so many tears. It was like a death. I was excited about our new bigger house that we would be headed to, but I was sad about our tiny house we were leaving behind. The walls I had painted and that heard every newborn cry. The floors I had refinished and that felt every first step. The yard that I mowed and planted in to make pretty for the kids and that watched them learn how to swing and play in the hose.

The last couple of weeks brought a new goodbye everyday. A realization of how not alone I was, but how lucky I was for this village we had built. My friends, my childrens friends, our pediatrician, my O.B., our preschool teachers, our babysitter who was like a grandmother to the kids. I boo-hooed in front of them all. Picking up my 2nd grader from school and driving away on that last day, knowing the pain she was in was unbearable. She cried at night to me. I cried at night to Matt. We were on to our next chapter and grand adventure, so why did it hurt so much?

We loved and we were loved in return.

The day we left our neighbors all came out. Women who had been like aunts to my children and that had answered my calls of emergency more than once. They gave me their car when mine broke down and slept on my couch when I had to drive myself to the emergency room during the night. They wanted pictures taken with the children and promises that we would visit.

We drove away from 629 Stephenson St. with the heaviest of hearts. We were about to start all over and it was scary. It’s been 7 years since the move, and our village is growing once more. But ‘those were the days‘ applies to those 10 years, in my heart, but I hold tight to the saying, ‘Bloom where you are planted.’ … and blooming we are.

“How lucky I am to have something that makes saying goodbye so hard.”- A. A. Milne, Winnie the Pooh 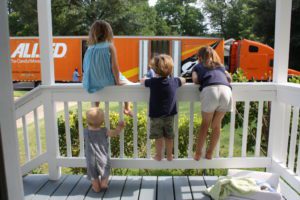