My second daughter was born three weeks early. She spent four days in the NICU. No time at all in the world of premature babies, but it felt like a lifetime to me. She also happened to be born during cold and flu season. During our hospital stay, anyone who wanted to visit her had to scrub down as if going into surgery and use what felt like a few bottles of hand sanitizer. In addition, they had to prove they had either had the flu shot or wear a face mask. No one questioned it. In fact, I would say that anyone entering the NICU was more than happy to do so. It would take a pretty heartless person to walk through that area of brand new, delicate life and not be willing to take safety precautions for the sake of the babies.

We are essentially facing that same scenario now.

Wearing a face mask is one of the precautions we are being asked to take, in order to protect those who need it most. Those at higher risk being new babies, elderly, and individuals who are already sick.  It won’t necessarily keep the wearer from catching the virus, but it helps stop the spread from anyone who may be contagious without even knowing it. The logic is the same as in the NICU, wear the mask to keep the vulnerable safe. But for some reason, in this situation, there is uproar over “the mask.”

I’ve worn a mask out. It’s hot, uncomfortable, harder to breathe, and well it just feels weird. With that said, I’m just not sure I could look a cancer patient in the eye and say “sorry, not my problem if I get you sick, wearing a mask is too bothersome to me.” This is all scary enough as a healthy person. I can’t imagine what it must feel like to be undergoing treatments that destroy the immune system. I don’t think I could walk past a week-old baby and say, “you’re not worth me putting a cloth over my face.” I’m going to go ahead and assume that most people would feel the same way.

So why the uproar?

I know there are those who say they refuse to live in fear. Good! We shouldn’t. We can’t just stop living our lives. But wearing a mask isn’t about being scared of getting sick; it’s about doing our part to get past this.

I understand that many people are quick to push back when they feel as if their constitutional rights are being infringed upon. I get that, I really do. But let’s just say there was no governmental push for the masks and this was just about doing something for the benefit of others. Is that really so much to ask?  In all that is going on right now, is a cloth mask really worth fighting? What are the benefits from refusing to wear a mask in public? I mean it is more comfortable sure, but that’s about it. Who benefits from saying yes to the mask? So. Many. People. So many people who can certainly take steps to protect themselves but will be a lot safer with the help of others.

I’m also aware that in the beginning of all this, the CDC did not recommend masks. They changed their minds. I can see how that would leave many wondering if this new guideline is the correct one. Let’s say it isn’t. So what? I’d rather know that I did what I thought was right and later find out it wasn’t necessary, than refuse to do so for insignificant reasons and inadvertently cause another person to be sick. 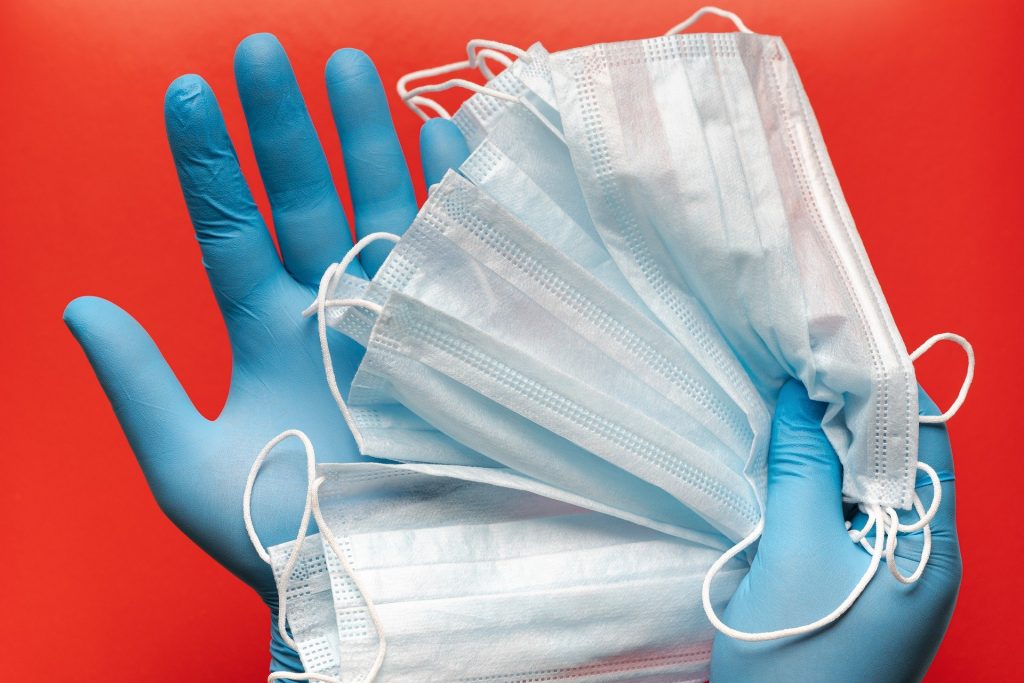 I don’t mean this to sound preachy, because man we have had enough of that these days. I want it to be a reminder. A reminder of what we are really made of. I choose to believe that most people have a good heart. Most people would have no problem helping others in need.  I think all the frustration, fear and uncertainty from the past few weeks has gotten everyone so riled up that we are ready to fight hard against just about anything and everything before really thinking it through.

If you had previously made up your mind that you would not be wearing a mask in crowded public places, I ask you to reconsider. Maybe you do have a valid reason to oppose wearing a mask. But if your only reason is just a case of “the don’t wants,” I ask you to imagine what it might feel like to be fighting for your life against some awful disease. Imagine what it would feel like to be the mother of a precious new baby who came into the world just a little too early. Imagine what it would feel like to be a grandmother hoping to stay alive long enough to attend her grandchild’s wedding. I know I’m laying it on thick, but these are the realities for some people. And if we can ease their mind just a bit, up the odds for them even a little by something as simple as wearing a face mask at the grocery store, I just cannot think of a good enough reason not to.