I am twenty-nine years old. My parents divorced when I was five. I have lost eight grandparents total (four biological grandparents and four step-grandparents). When I was in my senior year of college, one of my dear high school friends and first loves died in a car accident. There are people in this World whose funeral attendance far exceeds mine. But, seven months ago, my husband and I delivered our baby boy, Theodore, too soon, and Theo went to be with Jesus.

Losing my son is the worst loss I have experienced.

Loss has always terrified me. If you had asked me in fifth grade what my biggest fear was, I would have considered spiders, but I would have settled on “losing someone I love.” The same rings true to this day. In February, I experienced my worst fear and had to bury my son. To be frank, typing that into words still makes me want to throw up. The pain is still very raw.

Within hours of being home from the hospital after losing Theo, my mama was telling me about others who had lost. Her friends were calling and reassuring her that I was not alone, and she wanted to share that comfort. Hearing about other losses, though, did not help me at all. It truly made it worse for me. It most certainly did not lessen my pain. I did not want to know that anyone else had ever felt the pain I was feeling.

For me, misery did not want company.

As the days and weeks went by and the strangest things like Huggies commercials and double strollers triggered my tears, I began to think about loss in general. A couple months after we lost Theo, someone very close to me lost her sweet mother who had been sick for some time. This person had spent her whole life with her mother, and I only spent a couple of months with my Theo. Yet, our pain was so similar although our losses could not be more different. Our losses are not comparable, but losing her mother is the worst loss she has ever experienced.

As I continued to explore my grief and open my heart to those who were experiencing similar pain, those mamas who knew my pain became a lifeline for me. It was not that misery wanted company, but my misery needed their understanding and normalcy to survive. After spending time with the mamas in the “Broken-hearted Mama Club,” I soon realized that it truly did not matter if the baby was lost at 8 weeks in utero, 20 weeks in utero, 38 weeks in utero, or three days after the baby’s birth. We were all grieving our babies, our empty arms, and the loss of a future together. Each of the mamas I ran across was experiencing the worst loss she had ever experienced.

But what if this grief I was feeling was not limited to the death of a loved one?

As I grieved Theo, my mind continued to bring me back to a Christmas party my husband and I hosted in our home before we had children. Right before the party, my best friend and her boyfriend broke up. I was sad that she was sad and would not be able to enjoy the party. But what if that was the worst loss she had ever experienced? What if she was mourning not only the relationship, but the friendships she was losing, his family, and the dream of what she thought the rest of her life would look like? It was all gone the day of our Christmas party. That person and his people would no longer be a part of her life, as if they were gone forever.

The thought of losing someone who would still be somewhere in this world forced me to take my empathy a little closer to home. What about divorce? My parents were married for 20 something years when they divorced. They had three children together and had lived in the same town for just as long. When they divorced, they not only severed their marriage, but they lost each other’s families, mutual friends, and the routine that they had spent years perfecting. They sold our family home, and my mama eventually moved out of that town. Y’all, that is some serious loss. My whole family is better off for their divorce, and we have literally hit the jackpot with all the bonus people we have gained as a result of their divorce. But it is not lost on me how much was lost. And while time has most certainly softened their wounds, I bet it was the worst loss they had ever experienced.

The point is this, loss is loss.

Whether you give your loved one back to God or you send them off into the World to create a life that does not involve you, loss carries so much pain. Instead of spending our days comparing our losses and determining whose loss is worse than the others, let us please just give each other some grace. You do not have to bury your baby to experience the worst loss you have ever experienced. Whether it was your job, or your house, or your dog, I am with you. Grief sucks. Grief is all consuming. And I am so, so sorry for your loss.

Please let this piece stand as an open-ended apology to all those in my life who have suffered loss that I did not empathize enough with. I guarantee you that I have thought about you and prayed for you in the middle of the night in the last seven months. 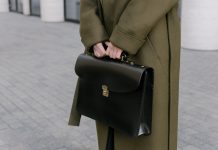 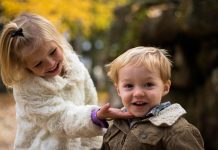