Disclosure :: this post is sponsored by The Music Garden; however, as always, all opinions stated are our own.

The Music Garden :: A Melodic Oasis for Children in the Heart of Lafayette

From the moment you open the gate and step into The Music Garden, you know you are in a very special place.

The breeze catches the Acadian flag, and it flutters to the tune of the found instruments. Everything within this piano-painted fence is dedicated to creativity, from the string of musical pipes to the “Wall of Sound,” a collection of music-makers including an upside-down washtub and some pots and pans to bang on. There’s a stage where a child can sing her heart out. There’s a rock garden where children can imagine they’re making popcorn or mud pies or burying their feet in the sand on a beach. From the colorful, comfy chairs on the porch, a parent can watch their child’s imagination unfold.
Ingenuity and delight run wild in this Music Garden. And the magic has only begun – you haven’t even been inside yet.

The Woman Behind the Music Garden 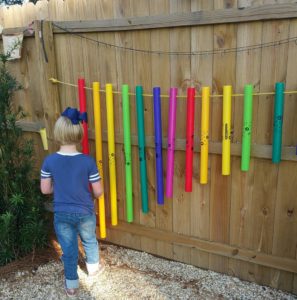 Melissa Stevenson, owner and creative director, greets children with a huge smile that lights up the entire room. You may already know her from her viral YouTube video, Mardi Gras Funk. This video only skims the surface of Melissa’s talent and dedication to sharing music with the good people of Lafayette. She was also a member of an all female folk band, The Figs. I first met Melissa when she began teaching Music Together classes at a local church, but Melissa had a dream to open a space of her own for children to truly express themselves through creative play and musical fun.

Lafayette changed forever on that July day in 2015, and Melissa lost her dear friend and bandmate Jillian Johnson in the tragic shooting at the Grand Theater. In the midst of such unthinkable tragedy, Melissa found a way to honor Jillian’s legacy. “She was really my inspiration,” said Melissa. The pieces began to fall into place, and in September of 2016, the Music Garden opened its doors to the public. 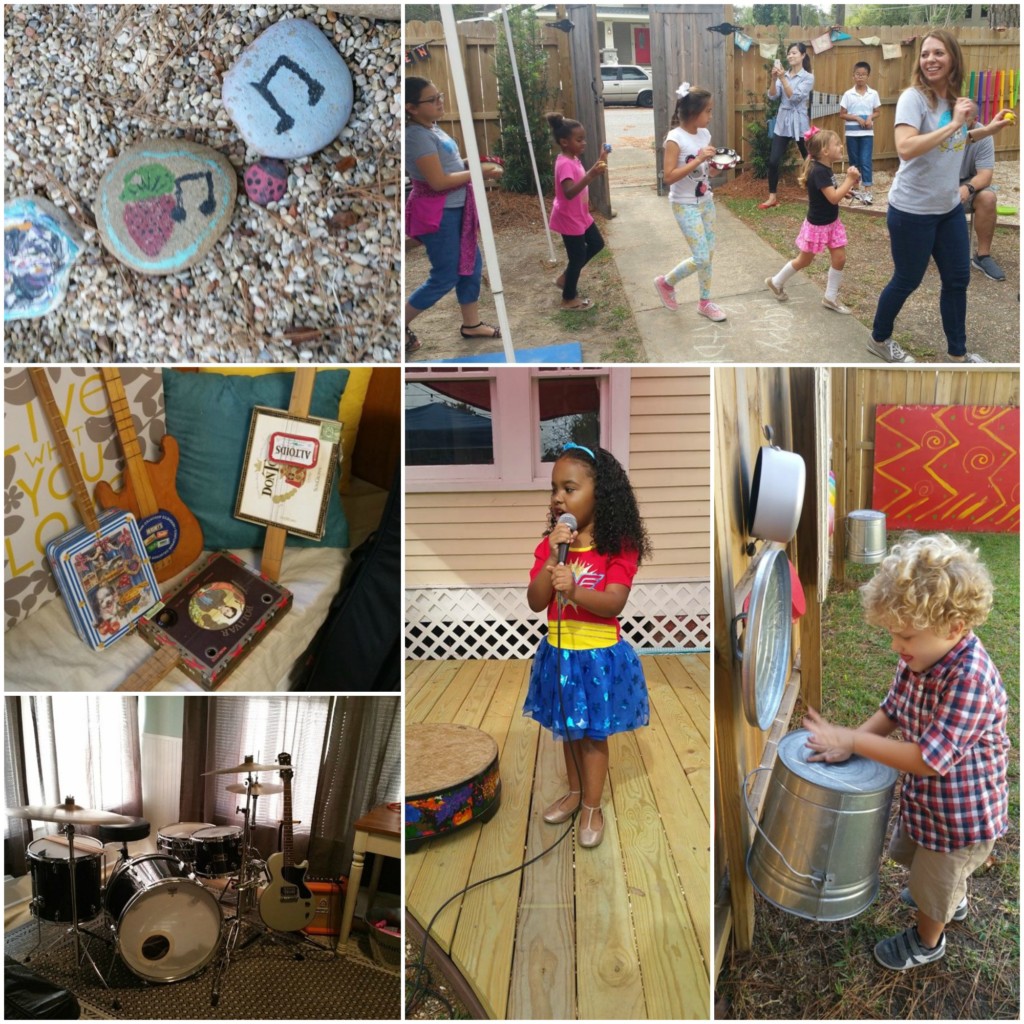 The Music Garden is housed in a former doctor’s office, but you’d never know it. The space is bright, airy, and filled with sunshiny decor. There’s a main room with a darling fireplace where Melissa now holds some of her classes. There’s also a playroom, a classroom, and an instrument room, plus a comfortable area for parents to wait, complete with a window seat.

The Music Garden is home to Lafayette’s Music Together program, which is designed for children from birth to age five and encourages parents to become involved in their child’s musical growth, regardless of their own musical ability. Melissa also hosts the popular After School Adventures series, which my daughter attends religiously. She has recently added a daytime Homeschool Adventures series. The Adventure series is based on a different theme each time, and favorites have included Music Around the World, Louisiana music and culture, and “Look in a Book” for literature-themed songs.
Summer camps and Play Days are also available, which are two fantastic options for working parents who need a place for their child to go when school is not in session. Melissa posts about these often on her Facebook page.

The Music Garden is also host to other musical endeavors such as Music Therapy sessions and lessons in guitar, voice, piano, and violin. 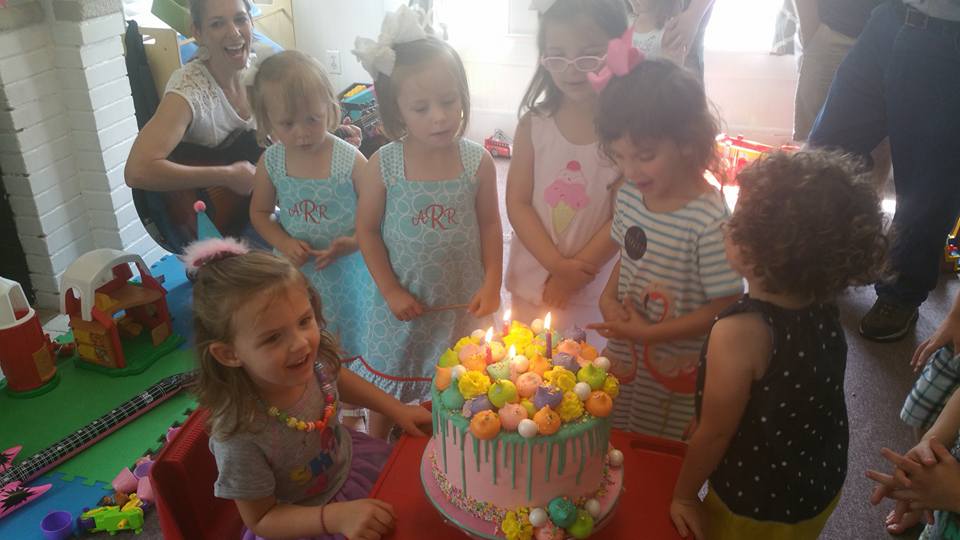 Hands down, the Music Garden is the best place to hold your child’s birthday party. The prices are insanely reasonable for what you receive in return. If you are a no-frills mom, you could literally show up with just a cake, and Melissa does all the rest to create a music-themed party. If you are an “extra” mom (read: me), you can bring decor, food, and anything else your party-planning heart desires- and still Melissa will go above and beyond to make your party amazing. I mean, your child’s party. Right.

A party at the Music Garden means that everyone leaves happy. There is so much for the kids to do because Melissa opens the entire space to you. If your kid wants to be front and center singing karaoke outside, brilliant. If your child prefers quiet and wants to play alone, the playroom is open. Melissa also provides entertainment with her guitar and an assortment of musical instruments for the kids. Also, there is plenty of space for the parents so you’re not stuck in the awkward tiny “party room” making forced conversation. The worst, right? And lately, dads have been retreating to the instrument room to have their own jam sessions while the kiddos are partying. Everyone wins! 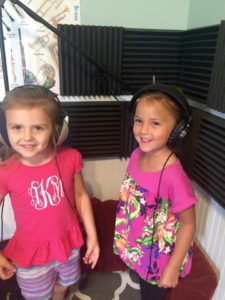 And for the tweens who just know they’re going to be the next Taylor Swift, there are now recording parties. Recording parties include a group recording of a chosen song, and individual or small group recordings with a sound engineer. All partygoers receive a CD of their recording about a week after the party. Kinda wish I could do this for my 32nd birthday, honestly.

Melissa hopes to begin offering classes and events for older children and adults. (Maybe my Taylor Swift dreams will come true?) With the addition of the outdoor stage, she has plans for more performances and concerts in the garden. She also wants to expand on the recording studio element and integrate more technology and digital music into her space. Melissa sees the Music Garden as something constantly changing and growing, and much like a gardener, she is hard at work cultivating those artistic seeds.

And like the values her sweet friend Jillian lived by: “Be nice, do good work, try hard, listen, love,” the Music Garden, and Melissa, are certainly doing good work here in Lafayette.