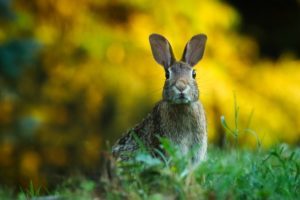 I am really into spirit animals. Though I’d like to say that I embody all the qualities of a tranquil swan, it’s more realistic to stay that my spirit animal is a rabbit … who drank too much coffee … and has 16 browser tabs open on her computer.

I’m constantly making lists and plans. I am looking at what to do next to get me to the next step. I insisted on finishing college in 3 years. For most of my life, I’ve held more than one job. I have several unfinished projects lining the rooms of my house.

And then I had a baby (cue the sound of a car screeching to a halt).

Things slowed down for a little bit. But, once all my bits healed up and I could get moving again, I reved my engine.

My child however, did not.

I often wonder if he has an engine. I’m not even sure that he understands the idea of getting anywhere on time or “hurry.”

It is not just with me. When he was in a small Montessori school, the teacher would tell me that when they would go on nature walks, he would always be trailing so far behind that she would be afraid that they’d lose track of him. He marches to the beat of his own drummer and that drummer is taking a nap.

His spirit animal is clearly a baby sloth. 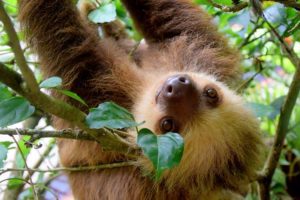 He is not in a rush. At all. Not even a little. Many of his movements are slow and deliberate. He is not affected by the hustle and bustle around him and has intense focus. Like a sloth, his current main source of nutrition, Goldfish and apply juice, provides little nutritional value, but allows him to keep up his general activity level. And he’s cute. Super cute. Which is what I believe is a gift from God, because the slowness is making me nuts.

As his language skills have improved, he has taken to asking 16,000 questions and statements. The one that keeps coming up and the question that kind of shames me is, “Mommy, slow down.”

Why am I in such a rush? What is the hurry?

His Montessori teacher mentioned that while schedules are important, militantly rushing everywhere really doesn’t work for little people. They have only a recent grasp of the English language, their bodies are still growing and doing new things. And, they know the secret.

What’s the secret, you ask?

Whether you are late or on time, life still goes on. The rush on the way there can ruin your day and your experience of this very special time. This time in life when they are little is fleeting and precious. There are very few life or death moments that require exact timing and getting to Church on time or always making it to a party on time are not one of those life or death moments.

In The Year of Yes by Shonda Rhymes, the author talks about a time when her child asked her to play as she was walking out the door to a big awards show. Normally she would have said that she was in a hurry and didn’t have time, but instead she said YES. She said yes, played for 15 minutes and then was able to get out the door, pretty much on time and had a happy child.

I have been trying to put that concept into practice in my own life. If, in the middle of the tornado that I am creating in the house, Kael asks me to sit with him, I do it. I stop and do it.

He feels heard and I am actually taking a break. I never take breaks. Good for me, good for him.

If Kael is crying and super upset, instead of trying to figure out what the problem is immediately so I can get the crying to stop so we can get on to the next thing, I stop. I stop, hold him and we breathe. Big, deep belly breaths. And then, for the most part, the problem is usually solved and we go about our day. And, if the problem hasn’t dissipated, he is now calm enough to explain it to me in a way I can understand.

If Kael is walking super super slow and sloth-like, I slow down. I slow down and I find out what it is that he’s looking at. When I acutally take the time to do that, I find that he’s a pretty inquisitive kid and is on some amazing journey in his mind that I want to be on too. 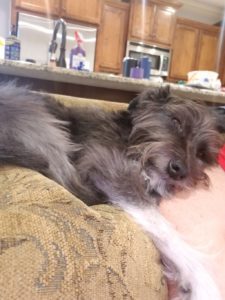 Don’t get me wrong, I still have plenty of times when I’m clenching my teeth and doing my own deep breathing while muttering to myself, “can you please move you cute little butt!!!” But, overall I’m cultivating much more calm and much less anxiety.

I do know one thing – my life has changed for the better by giving birth to my sweet baby sloth!